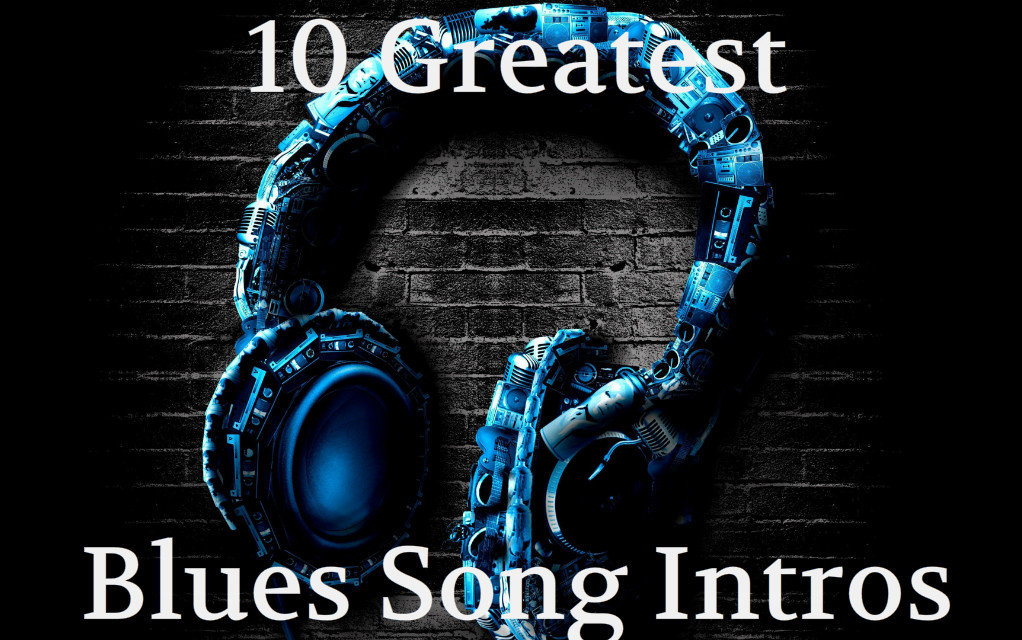 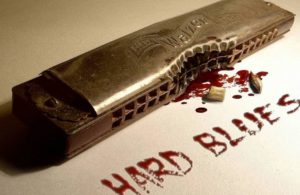 What makes a song iconic? Many times it’s the sheer musical genius of the composition. Several songs in the category of legend have lyrics that strike a chord with listeners of many generations. Sometimes, it’s the intro. That first few seconds of guitar, drums, harmonica, or vocals that catch you off guard, can plant a tune in your head for life. Who can possibly hear Jimmy Page’s acoustic guitar on “Stairway to Heaven,” and not immediately know the song? What about Janis Joplin’s primal scream leading into “Cry Baby,” the first 3 menacing chords of Link Wray’s “Rumble,” or Ed King’s count-in on “Sweet Home Alabama?”

Blues music is no different. There are some exemplary intros, some studio recorded, and some live, that instantly put the song in your head, and open the memorial floodgates. The staff of American Blues Scene put our collective heads together, and offer our choices of the 10 greatest. They’re listed in no particular order. We know there are dozens more that aren’t listed here, and we encourage our readers to supply their choices in the comments below.

1. Boz Scaggs – “Loan Me a Dime”
Written by Fenton Robinson in 1967, we feel the consummate version was recorded two years later. Scaggs laid down his second solo album at the Muscle Shoals Sound Studio in 1969. Recording there, of course, provided access to one of the greatest collection of studio musicians ever. On this nearly 13 minute epic, The Swampers are in top form. The slow organ/piano mix provided by Barry Beckett is only enhanced by the magnificent guitar work of Duane “Skydog” Allman (who also played dobro on this track) coming in just past the one-minute mark. Scaggs smoky vocals don’t even appear until 2:38.

2. BB King – “The Thrill is Gone”
The original version of this song was written and recorded by Roy Hawkins in 1951. King recorded his version in 1969 for his 17th studio album, Completely Well. The song received massive exposure as King opened for the Rolling Stones on their 6th US Tour. The intro is unmistakable, with a short drum fill by Herbie Lovelle, leading into the mastery that was BB King. His prowess in both vibrato and string-bending are evident throughout the record. King’s voice, not yet containing the gravel of his later years, comes in hard and strong 38 seconds into the track. King’s signature song, it garnered him a Grammy in 1970. So many years and performances later, it always sounded new.

3. Savoy Brown – “Sunday Night”
A killer, bluesy, guitar solo is surely one way to grab the listener’s attention. Savoy Brown captured that in monumental style on their 1970 instrumental, “Sunday Night.” A single strum, courtesy of “Lonesome Dave” Peverett, leads into the sultry, sexy lead guitar of song composer, Kim Simmonds. After 55 seconds of oozing guitar licks, Roger Earl on drums, and Tone Stevens’ bass join in as the song takes a jazzy turn. The tune continues to progress, combining blues, jazz, and rock into a singular masterpiece. Later on, they switch gears again, adding Owen Finnegan on congas for an almost Cuban/Funk close.

4. Taj Mahal – “Leaving Trunk”
Taj took some liberties with this cover of Sleepy John Estes’ “Milk Cow Blues.” We are sure glad he did. The original 1930 ditty was redone by Robert Johnson, Elvis, Eddie Cochran and scores of others. In 1968 however, Mahal made it his own. It’s the first track on his eponymous debut album, and he blows some mean harp to open it up. The funky rhythm guitars of Bill Boatman, and Ry Cooder, along with the subdued dexterity of Jesse Ed Davis, add the perfect backdrop. Less than 30 seconds in, Mahal’s powerful vocals nearly scream out at us, and all bets are off.

5. Jimi Hendrix – “Red House”
Inspired by Albert King’s “Travelin’ to California,” Hendrix wrote “Red House,” and recorded it for the Are You Experienced album in December of 1966. Opening with a distorted, diminished seventh chord in the key of B, Hendrix fingers his way through four bars before bassist Noel Redding (who also played rhythm guitar on the original recording), and drummer Mitch Mitchell kick in hard. “That ‘Red House,’ that’ll make you grab your mother and choke her! Man, that’s really hard, that tears you apart. He could get down, he could mash it, yeah, Lord! He had so many blues.” – John Lee Hooker

6. Otis Rush – “I Can’t Quit You Baby”
Written by Willie Dixon, this song launched two careers; that of Otis Rush, and of Cobra Records. It was the first single for both. Cobra was the launch pad for Chicago’s West Side sound, including Otis Rush, Magic Sam, and Buddy Guy. On the original recording in 1956, Rush and the band intro in with the new guitar driven sound of the West Side, but when he began the vocals with his extended, “Weeeeeelllll I can’t quit you baby,” it changed everything. The more Rush played the song live, the longer the “well” became, from an almost cracking 3 seconds on the original, to a hair raising 12 second detonation of pure power vocals.

7. Jason Ricci – “I’m Too Strong For You”
Written as a sarcastic, private joke between the members of The Bad Kind, “I’m Too Strong For You,” is often a crowd favorite at live performances. It’s kind of a “take that,” to venues who put them low on the roster, while they often outsell, and outperform the other acts on the bill. The four minute studio version is nothing compared to the live performance edition, often lasting nearly 15 minutes. The nearly three minute harmonica solo that starts off the live rendering is just the start of this funky blues number. One would assume Ricci wouldn’t have enough air left to sing lead after the intro. One would be mistaken.

8. Buddy Guy – “Cut You Loose”
“Cut You Loose,” is a seven-and-one-half minute take on the Mel London classic, “Cut You A-Loose,” first recorded by Ricky Allen. London wrote several songs during the hey day of the Chicago scene, and was also the owner of Chief Records. Guy recorded the song several times, including a version with long-time partner, Junior Wells. It was his version of the song from the box-set, Can’t Quit the Blues, that rings best to us. A spacey, warbling, guitar intro has the drums rolling in like distant thunder at around the 40 second mark. Just when you think it’s safe, here come the shivers.

9. Allman Brothers Band – “Statesboro Blues”
One of the most famous of all Piedmont blues songs, the Blind Willie McTell original is preserved in the National Recording Registry. Taj Mahal’s version propelled him to blues stardom. When Duane Allman learned to play it with an empty Coricidin bottle, the game changed forever. “I don’t care what color you are, or what creed you are. If you hear Duane Allman play the opening bars on ‘Statesboro Blues’…and that don’t move you, you don’t need to be listening to music. If that don’t touch you, there’s something wrong with your heart.” – Charlie Daniels

10. Muddy Waters – Mannish Boy
Our last offering is actually in two parts. “Mannish Boy” is part of a chain of answer songs that began with “Hoochie Coochie Man.” Bo Diddley answered with “I’m a Man,” and then Muddy waters (with co-writing credits to Diddley and Mel London), first recorded “Manish Boy,” on May 24th, 1955. The answers didn’t end there. The great Koko Taylor penned her own song, answering them all. It was “I’m a Woman,” and had the same quintessential Chicago beat, and nearly the same intro vocals as Waters’ classic. “Everything, everything, everything gonna be alright…”