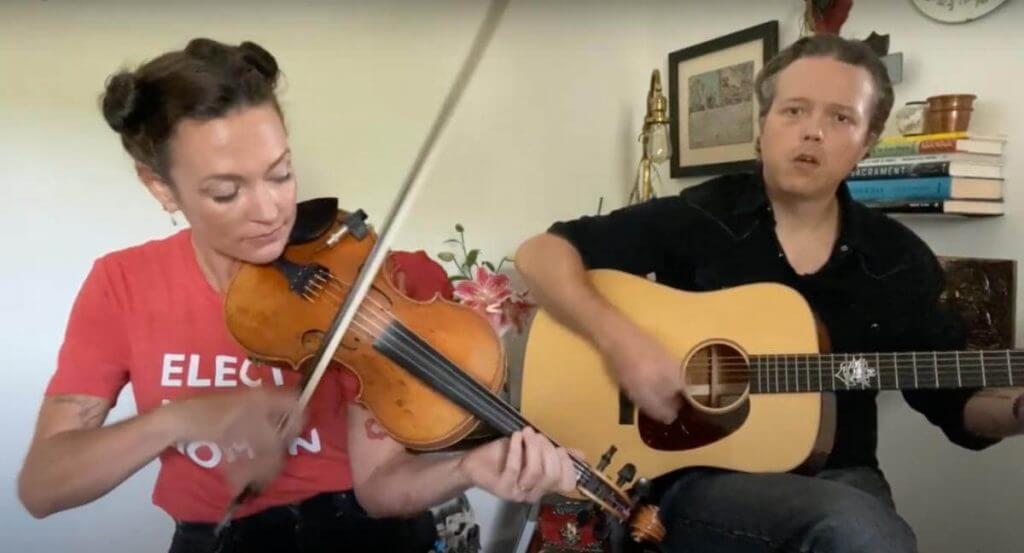 Today, education non-profit Mighty Writers launches a weekly video series of literary-minded musical performances called Mighty SONG Writers, produced in partnership with media platform Literary Hub. Kicking the series off is power couple Amanda Shires and Jason Isbell. Together they perform three songs and talk about the writing inspirations most near and dear to their hearts.

The Mighty SONG Writers series will continue with a new video every Wednesday, aiming to raise money to support Mighty Writers, whose mission is to teach low-income and minority kids to think clearly and write with clarity. The organization offers free programs for students from elementary through high school at nine centers in diverse neighborhoods around Philadelphia and New Jersey, including several bilingual locations for Spanish-speaking students.

“There’s never been a more important time for kids to think clearly about the world they’re living in,” says Tim Whitaker, Executive Director of Mighty Writers. “At Mighty Writers, where we teach writing to over 3,000 kids annually in economically-challenged communities, we believe that writing has magical powers, chief among them the ability to think critically and express oneself with clarity. In light of Covid-19, and unprecedented social unrest, we are doubling our efforts at Mighty Writers to reach kids and provide both guidance and venues that allow them to express what they’re feeling through the written word and are thrilled to have the support of these world-class musicians.”

Literary Hub editor Jonny Diamond adds, “It’s almost impossible to define the border between literary songwriting and lyrical storytelling. Just ask any novelist and you’ll find a few unsung songs scrawled into the back of a notebook. Same thing goes for songwriters—take away the guitar and you’ll probably end up with a short story collection. And that’s what so important about Mighty Writers: whatever the medium, it’s a great thing to give kids the tools to tell their own stories.”

Watch the debut episode with Amanda and Jason below.