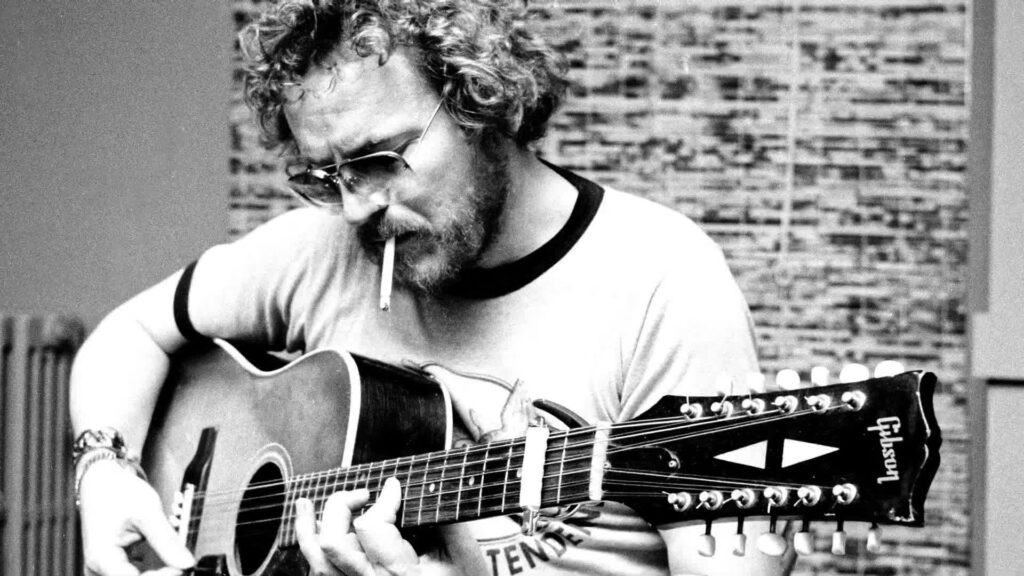 In 1965, a confluence of factors helped launch the Canadian troubadour’s career. Peter, Paul & Mary held a slot in the US Top 40 charts with Lightfoot’s “For Lovin’ Me” and would help popularize “Early Morning Rain” later in the year. Johnny Cash, Bob Dylan, Barbara Streisand, and Elvis Presley were also among the artists who recorded the song.

Marty Robbins earned a chart-topping hit with his version of “Ribbon of Darkness” in 1965, with the tremendous success of the single shining an even brighter spotlight on Lightfoot as one of Canada’s greatest songwriters.

Of “I’m Not Sayin’/Ribbon of Darkness,” Gord much later in his career remarked in his Songbook liner notes:

On Sunday Concert we combined two early songs, partly to save a little time in concert. “I’m Not Sayin'” was probably the better of the two, and “Ribbon Of Darkness” was a #1 country hit for Marty Robbins.

“I’m Not Sayin'” is about noncommitment… “Ribbon Of Darkness” is about the demise of the relationship. The two of them go well together, with the first song being about a man telling a woman it’s my way or the highway, and in the second song she’s left and he’s licking his wounds. Pride cometh before the fall.

Lightfoot gained more attention in 1967 with his “Canadian Railroad Trilogy,” a song commissioned by the CBC to celebrate Canada’s centennial, as it told the story of the construction of the first trans-Canadian railway in the 1880s. He would remain a fixture on the charts with songs such as “Rainy Day People,” “Sundown,” and 1976’s “The Wreck of the Edmund Fitzgerald,” a tragic tale immortalizing one of the worst maritime disasters in US history.

After Lightfoot discovered a treasure trove of unreleased material in his Toronto home office two decades after he recorded them, he created Solo, an album released in March of last year. The songs were written in late 2001 and early 2002, before he suffered a near-fatal abdominal aortic aneurysm later that year.

In the If You Could Read My Mind documentary, the octogenarian’s nearly 60-year career is recounted as an artist who “speaks with a voice for anyone,” according to Bad Religion’s Greg Graffin.