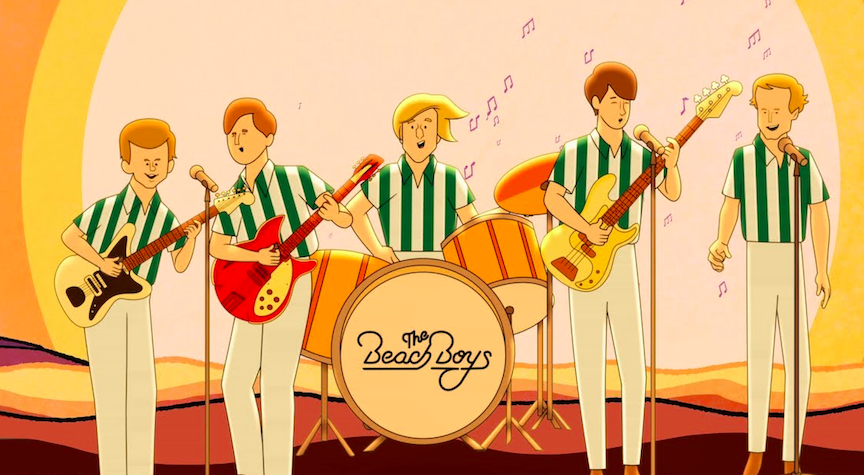 Overall, our playlist has songs that are joyous, spiritual, whimsical, hopeful, and sometimes a mix of each. Again, in no particular order, here is part two of our Christmas list.

Written by Brian Wilson and Mike Love, the Beach Boys recorded and released this song in December 1963. The early Beach Boy car-centric theme is apparent in the reference to the sleigh being candy apple red with a four-speed stick. Wilson said he wrote the lyrics while out on a date. He didn’t say whether his date ever went out with him again.

“I’ll Be Home For Christmas”

Bing Crosby recorded this song in 1943 to honor soldiers overseas longing to be with their families at Christmas. The soldier wants snow, mistletoe, and presents on the tree. The song ends with the line “I’ll be home for Christmas, if only in my dreams” which tugs at the heartstrings of parents who have children serving in the military overseas. Michael Bublé, Josh Groban, and Elvis Presley have covered the song. Dean Martin’s rendition made our playlist.

“Christmas All Over Again”

Tom Petty wrote and recorded this song with the Heartbreakers as his entry in A Very Special Christmas 2. It reached #78 for the year back in 1992. Cheerful, whimsical, and rocking – what more could you want in a Christmas. You have to love the lines about long distance relatives (“I kinda miss ‘em. I just don’t wanna kiss ‘em) and being underneath the mistletoe. Petty’s wish list at the end is interesting too. A xylophone?

The Barenaked Ladies are neither bare naked nor ladies, but with fellow Canadian Sarah McLachlan they perform a jazzy, upbeat rendition of two classic Christmas hymns. God Rest Ye Merry Gentlemen dates back to 1650. It has the literary distinction of being referred to in both Charles Dickens A Christmas Carol and George Eliot’s Silas Marner. We Three Kings or Quest of the Magi is a relative newcomer having been composed in 1857 but is the first popular Christmas carol written in America.

A personal favorite, “Old Toy Trains” was written in 1967 by Roger Miller for his son Dean. It was released on Smash Records the same year and was warmly received by Billboard as a “most moving and touching ballad for all ages, which he performs to perfection.” Glen Campbell’s recording from 1968 is on our playlist. Others covering the song include the Statler Brothers, Scott Miller, Toby Keith, and Nick Lowe.

“Rockin’ Around The Christmas Tree”

Johnny Marks had a flair for writing Christmas songs and he embraced the rock and roll genre when he penned this tune. However, it also had a country music feel to it and opened up a field for Brenda Lee to embrace as her career developed. It is a perennial favorite and has well over 1 million digital downloads in the electronic era. Lee was only 13 when she recorded the original version.

I recently read there are those who believe this song is really about a witchcraft party and intruders interrupt the participants who respond they are “simply having a wonderful Christmas time.” And many say this is one of the poorest songs composed by Sir Paul McCartney. The song has received airplay every year since its release in 1978 and earns royalties of about $400,000 annually. That amounts to over $17 million. Wouldn’t you like to write a poorly composed song like that?

McCartney’s former co-writer and fellow Beatle, John Lennon, conceived “Happy Xmas” as an anti-war song protesting the conflict in Vietnam. It has since become a Christmas classic despite the “war is over” reference. Perhaps in recent years with conflicts in various parts of the world the anti-war sentiment resonates once again. The song uses optimism, unity, and nostalgia as its themes while reminding us there is more for all of us to do and “the road is so long.”

The United Nations Educational, Scientific and Cultural Organization (UNESCO) declared Silent Night an intangible cultural heritage. Franz Xaver Gruber composed music to go with lyrics written by Joseph Mohr back in 1818. Two centuries later it is still one of the most popular of Christmas carols. British singer/songwriter Leona Lewis’ recording is a very solemn, peaceful a cappella rendition. Its brevity enhances the spiritual tone of the song.

Robert Wells and Mel Tormé wrote the song in July 1945 during a blistering hot summer. It began as an exercise in writing phrases to conjure up wintery images to keep cool. The result was the most performed Christmas song in history, at least according to BMI. The 1961 version by Nat King Cole is considered the definitive version and makes our list.

There you have it, our Christmas playlist of 20 songs. (Click here for part one.)

Whether you celebrate Christmas or some other holiday of the season, we sincerely hope this will be a time of peace, happiness, and hope for you and those who are dear to you.