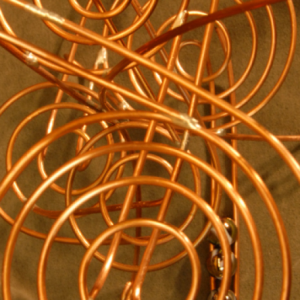 Have you ever been to a show where you couldn’t really hear what the singer was singing? Where every word just came out sounding like some sound, but not really anything intelligible?

Have you ever been to a show where you couldn’t really hear what the singer was singing? Where every word just came out sounding like some sound, but not really anything intelligible? Guitar sounded great, drums good, bass fine, harp awesome, but singer? Well, he or she was up there. Singing. Something. If you want your band to sound that way, then skip this article, but if you’ve been bothered by that situation in your band or an act you’ve recently heard, American Blues Scene can get you on the right track toward taking care of your vocal blues.

There is a fair bit of gear involved with the adequate reproduction of vocals, both live and in the studio, but the beginnings of it are closest to the singer’s mouth: the microphone. The microphone functions using the same principle as a guitar pickup, so if you read our installment on that, you’re one up on the game. If not, we have no problem doing some brushing up.

Faraday’s Law of Induction states that any change in the magnetic environment of a coil of wire will cause a voltage to be generated in the coil. In music gear, this voltage is then transmitted from the coil to suitable recording or amplification equipment, boosted in volume and the sound is reproduced. In both microphones and guitar pickups (and speakers, too, if we’re going to cover all the bases), the magnetic environment necessary is created using a bar of metal wrapped many times with thin wire to form the coil. When a small charge is run through this coil an electromagnet is created. Now that a magnetic environment exists, a change in it must be induced in order to create the voltage in the coil. In a guitar pickup the change is caused by the movement of the metal guitar string over the coil. Vocals, however, have nothing but sound or airwaves providing movement. How are they to transform sound into electrical signals?

As your grade school music teacher used to say, it’s all in the diaphragm. The secret to the microphone is a flexible membrane of metal, paper or plastic called the diaphragm. As the diaphragm is so thin, it responds to sound or air and it moves, disturbing the magnetic environment of the coil and creating voltage that is then carried to an amplifier. However, while guitar pickups function by always using the string movement to disturb the field, there are different ways in which a mic diaphragm may be utilized in conjunction with the electromagnet. There are four main groups of these microphones: crystal, dynamic, condenser, and ribbon. Each of these types of microphones has their own advantages or disadvantages and each type. As such, these microphones are suitable for specific applications such as quiet environments, reproduction of extremely loud sounds, or studio use. Often one mic may be suitable for several overlapping functions, but there are those which may be desired when maximum performance under certain circumstances is required.

Check back in with American Blues Scene next week when we delve into the different types of microphones, covering their basic functions and applications.