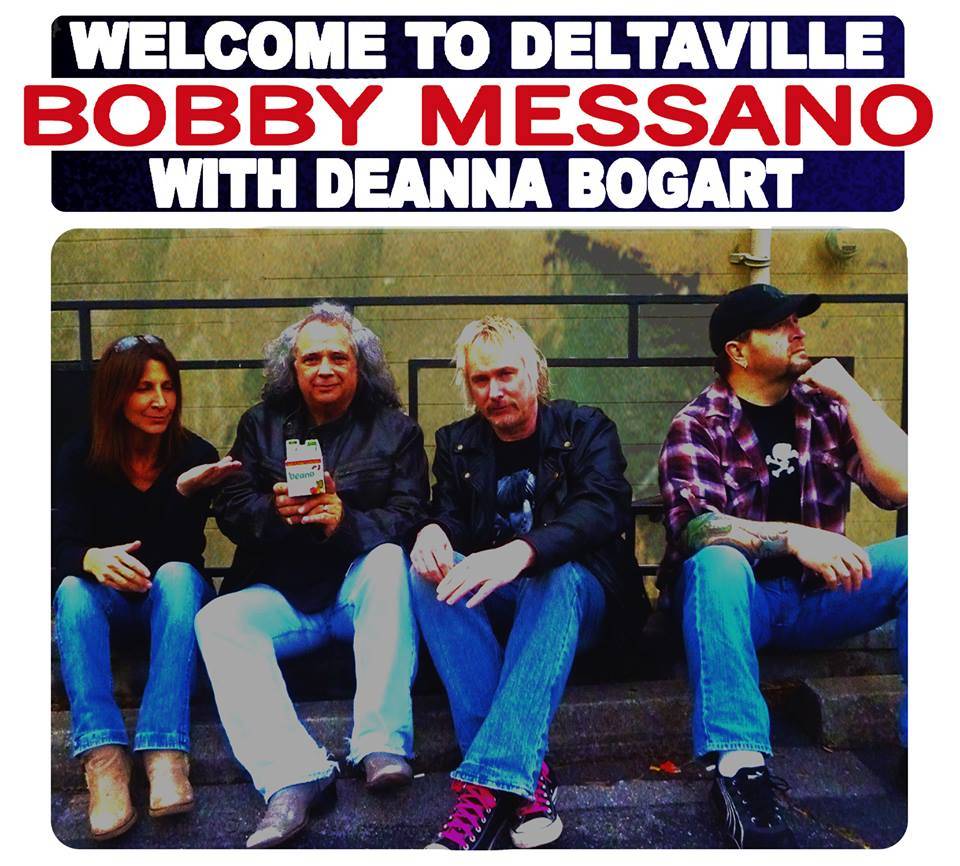 Bobby Messano's "Welcome to Deltaville" Will Move You

Bobby Messano's "Welcome To Deltaville" (with Denna Bogart), is his latest effort, issued by The Prince Frog Record Company. At just a hair under 60 minutes, this album is like a well stocked pantry that we have been raiding since it arrived.

Bobby Messano has been playing the blues a long time, and he is an amazing guitarist.  Ask anyone in the know, and they will probably tell you that he is “the greatest guitarist you never heard of.” He has recorded with a great many artists including Clarence Clemmons, and toured with Steve Winwood for a time.

Welcome To Deltaville (with Denna Bogart), is Messano’s latest effort, issued by The Prince Frog Record Company. At just a hair under 60 minutes, this album is like a well stocked pantry that we have been raiding since it arrived. Personnel on the album are Bobby Messano – guitars and lead vocals, and Denna Bogart on sax, piano, Wurlitzer, Fender Rhodes, and vocals. Also joining the party here are Steve Gellar on bass, and Mel Watts on drums and percussion. The incomparable Ivan Neille plays Hammond B-3 and clavinette, while Tracy Nelson sings background and duet vocals. Production values are solid, and the sound is clear, crisp, and has a lot of depth.

There is a lot here that is easy to love. Really, there isn’t a so-so cut the whole way through. Denna Bogart’s sax playing is wonderful, and adds color wherever she plays. Ivan Neville’s keyboarding is right on the money, like a blanket of soulful joy to wrap yourself up in. Gellar and Watts are a killer rhythm section! They never over-reach, and everything is kept moving along just the way it should be. Messano’s playing is never boring, and he doesn’t showboat. That’s not to say that he can’t; instead, he just plays and lets the music speak. His Wah-fueled, bluesy sound, is expressive, with dynamite tone, and all the while there is never a note that shouldn’t be there.

Standout tracks include the opener, Otis Rush’s “All Your Love,” with its delightfully slow, bluesy, Memphis soul sound, and “That’s The Way of The World,” with its swinging reggae beat, and superb sax lines. Messano plays a sweet solo here too! “The Way You Do The Things You Do” also has that Memphis soul vibe to it, and Messano gives us a brilliant solo. “Lonely Town” and “The Low Spark of High Heel Boys” are masterful jazz gems! In fact, these are so well played, they would have fans at The Village Vanguard and Smalls in tears. Absolutely stunning.