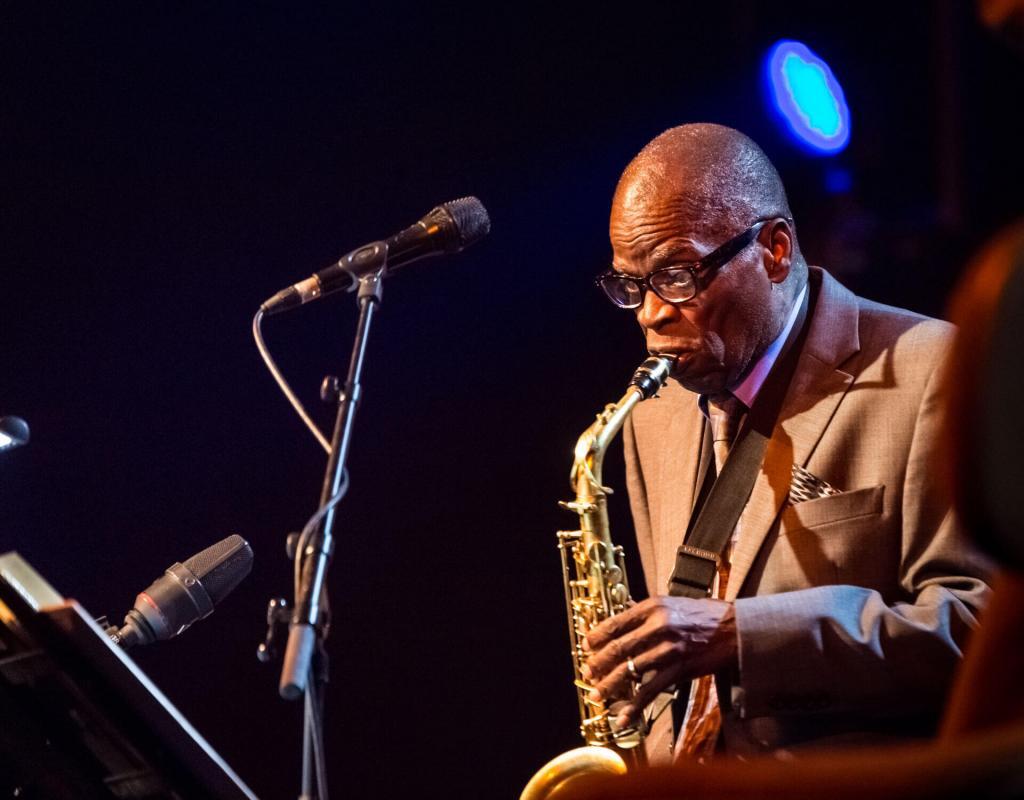 With his 16th solo album Parker’s signature punchy saxophone sound partners with New Orleans Funk royalty to cook up a fresh selection of Soul and Funk classics as well as Parker originals.

Funk legend Maceo Parker is set to release his first new studio album in 8 years. Soul Food – Cooking with Maceo will be released on 26 June and will be the first album on the Mascot Label Group new imprint, The Funk Garage.

It is almost impossible to separate which came first, Maceo or the funk. He has played with each and every leader of funk, starting with James Brown throughout the 1960s and beyond, then jumping aboard the Mothership Connection with Parliament-Funkadelic, as well as a long time collaboration with Prince from 1999.

Parkers’s career as a band leader began in 1970, and since embarking on a second solo career in 1990 he has released a catalogue of stunningly evocative releases from Maceo and All The King’s Men Doing Their Own Thing (1972) all the way to 2012’s Soul Classics. This is not to mention working with titans of the music world such as Keith Richards, Bryan Ferry, Living Color, Dave Matthews Band, Red Hot Chili Peppers, Jane’s Addiction and De La Soul. He has also been sampled by hip hop icons including the Notorious B.I.G., 2Pac and Busta Rhymes.

With his 16th solo album Parker’s signature punchy saxophone sound partners with New Orleans Funk royalty to cook up a fresh selection of Soul and Funk classics as well as Parker originals. The album was recorded at House of 1000hz, New Orleans, LA with Andrew “Goat” Gilchrist and produced by Eli Wolf (Norah Jones, Madlib, Al Green). Soul Food – Cooking with Maceo blends raw, old school funk with the flavours of the New Orleans school of music. Parker worked with Ivan Neville, Nikki Glaspie and Tony Hall, as well as a host of local musicians to record the songs. The funky flavour of the city weaves its way through the album as Maceo and the band take on iconic songs of the Mississippi masters such as Dr. John’s voodoo funk of “Right Place, Wrong Time,” The Meters “Just Kissed My Baby,” “Yes, We Can Can” recorded by Allen Toussaint as well as takes on Aretha Franklin’s “Rock Steady,” Prince’s “The Other Side of the Pillow” and Maceo’s long-time hero and Ray Charles Saxophonist, David “Fathead” Newman’s “Hard Times.” We also get funky workouts from Parker’s own back catalogue on “M A C E O” and “Cross The Track.”

One of the things that I have enjoyed about being an artist is that sooner or later it’s time to record new material. Somehow, this time around, we decided to cover some tunes. So, that’s what this album is all about. In the studio, you have the luxury of recording songs by groups that you have enjoyed throughout the years. Once you become a recording artist, there’s a satisfaction that you are now part of the collective group of artists that you admire. Maceo & All the King’s Men was the first band I formed after leaving James Brown’s group. There is a sense of pride when, as a musician, you reach a level where your own material is in stores and being played on the air. It’s almost like graduating from local musician to world-renown artist. So it was fun to revisit two songs from that period. I’ve always been inspired by everyone, simply everyone who has worked with Ray Charles, including the Raelettes and Hank Crawford, so it’s especially nice to have included a David “Fathead” Newman tune on the album. I’ve worked with the Meters, with Dr John and Aretha Franklin over the course my rather long career, so it’s a pleasure to include some of their songs. More than anything I miss Prince. He was a genius, so it was special to re-record a song he and I had once toyed with idea of releasing and give it that special New Orleans feel while also referencing the person I most admired growing up, the Genius Mr Ray Charles. – Maceo Parker

The new release can be pre-ordered now digitally, on CD, or transparent orange vinyl – Soul Food – Cooking With Maceo