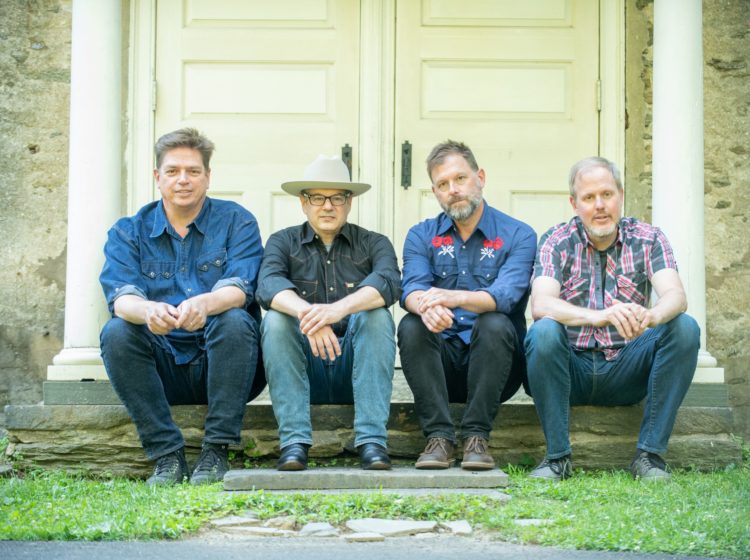 Keith Marlowe of The Miners: “‘Megunticook’ is a Reflection of Where the Band is Today”

When the original frontman of Americana quartet The Miners left the band, lead guitarist Keith Marlowe took over, moving them in the direction of their now alt-country sound. Both the band and his songwriting skills have grown over time with him as leader. And according to Marlowe, their latest endeavor, Megunticook, is an elevation in terms of songwriting, musical performances, production and final output measured against debut release Rebellion.

“The Miners is the first band I ever fronted,” Marlowe tells me. “I was a guitarist and wrote music for my prior bands (more indie/alternative than alt country) but I didn’t write lyrics for those bands. I took ten years off from playing in an original band and during that time started writing and recording my own songs. However, I sang a few of my own tunes I had recorded before The Miners were formed.”

Written over the span of nearly ten years, the songs that make up Megunticook capture the sound Marlowe has worked hard to develop since he’s been with the band. Some are self-portraits. Some pack an emotional punch. Almost all are accented by the enchanting, weeping tones of the pedal steel. The Miners have evolved from trying to gain a foothold to the material of Megunticook: a testament to the band’s collective confidence in the versatile sound Marlowe originally conceptualized. 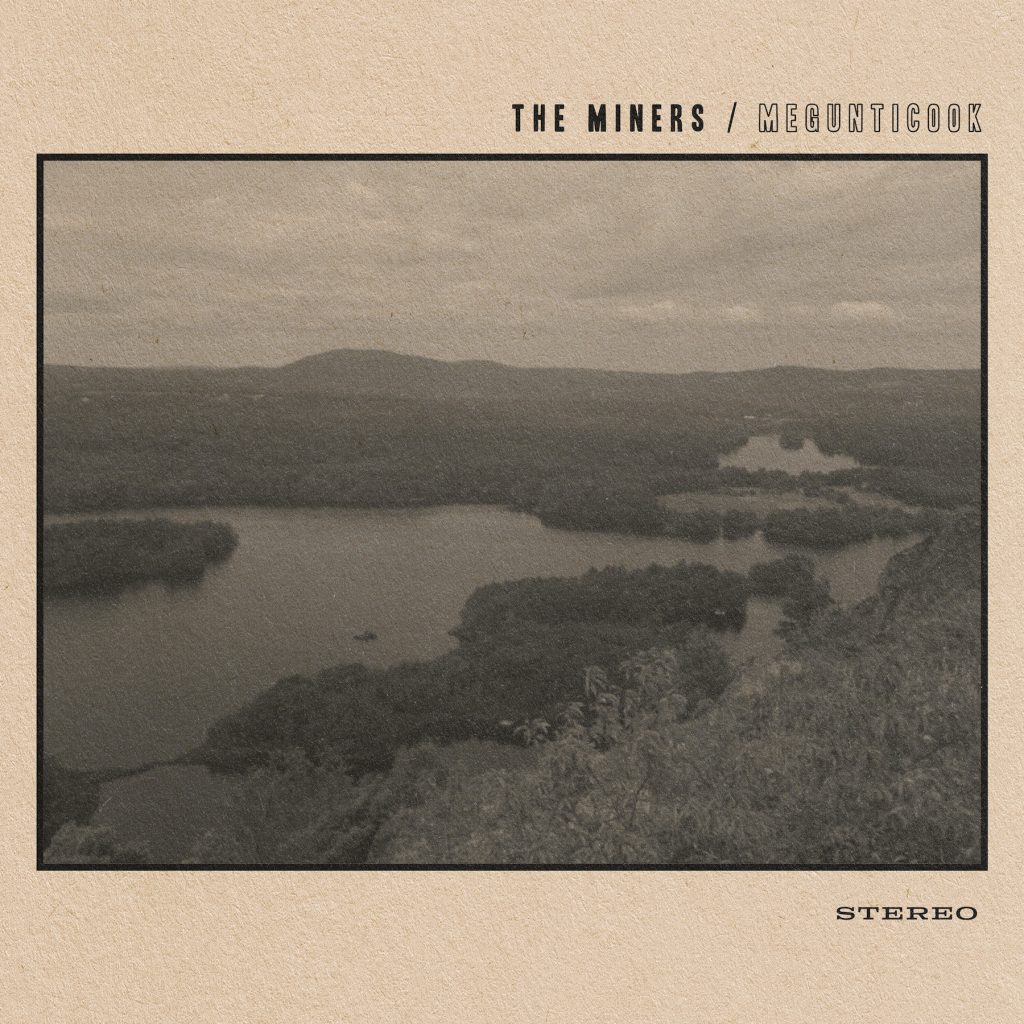 “Since I was now the sole songwriter, it forced me to write more songs and Megunticook is really the result of the songs I have written either post-Rebellion or that didn’t make it onto Miners’ Rebellion,” he explains. “I think if you listen to the two releases back to back, Megunticook is much more diverse in terms of the songwriting and style of the songs — and that is a reflection of where the band is today, which can go from a quieter song like ‘Without You’ to a rocker like ‘Call Me Up’ to a more heavily country-flavored song like ‘Walnut Lane’ and still sound like The Miners. Every song has some country flair to it, though it comes through on some songs more prominently than others.”

Marlowe writes songs as a way of working through life’s multifarious challenges, and as a way of coping with emotional situations. “I tend to write about my own experiences save for a few songs like ‘Black Bart’ from Megunticook and ‘Miners’ Rebellion’  and ‘’W.T.A.’ from Rebellion. ‘Without You’ is me dealing with my wife’s breast cancer diagnosis and is probably my most emotional song, though not directly evident from the lyrics.”

Marlowe wrote “Natalie” after his grandmother who died of dementia. “Left behind all your paintings and memories,” he sings in the song’s chorus atop winding steel. He calls it his “Alison” — as in the Elvis Costello song. “Day the Drummer Died” is the lone track on the album in which Marlowe contributes his own pedal steel. “‘The Day The Drummer Died’ was me remembering my high school drummer/friend who was killed in a car accident at 16 (though written some 30 plus years later).”

“Cardboard Sign,” featuring mandolin, banjo, and fiddle, speaks from Marlowe’s experience seeing a teenage homeless girl and thinking “What if that were my daughter, what her own parents may be thinking, and how she got to such a place.”

Megunticook’s pedal steel arrangements, vocal harmonies, and other instrumental nuances align with the subject of each song. “Leaving For Ohio,” recently premiered on ABS, is a perfect example. “‘Leaving for Ohio’ was me dealing with my first child going off to college,” Marlowe says. The song is an honest look at the grief associated with your baby, not a baby anymore, flying the coop. When I think of what gives a band like Son Volt their purposeful presence, I think of hallmarks such as unpretentious immediacy, steel hooks, wistful vocal refrains — all of which are revealed in the track.

“I am very proud of the record’s production and performances and I have gotten great feedback from musician friends whose opinions I really respect on the release. The pedal steel (Brian Herder) really is integral to our sound and that is why it is on almost every song. I just love the instrument and what it adds and certainly makes our sound somewhat unique in a place like Philly. While there are other bands with pedal steel in Philly, it’s not as up front and center as it is with us. 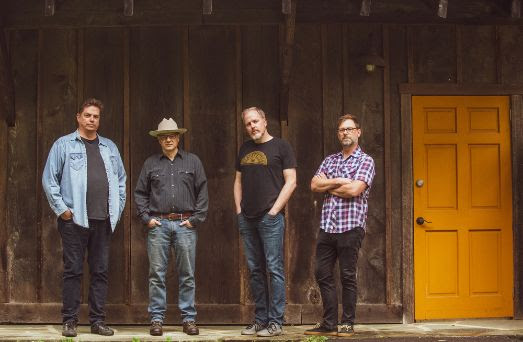 “The overall production is a big step up from our EP, which was recorded entirely in my basement studio (on 8-track reel-to-reel).  Megunticook was recorded partially at a large studio (basic tracks for the most part were recorded at MilkBoy the Studio in Philadelphia) with overdubs done at my home studio and then mixed back at MilkBoy.

“The current lineup has been together for close to five years and Brian is the best pedal steel player I have played with so that really helped get the performances I was looking for. I did have the advantage of doing nearly all the overdubs at my home studio so that gave me the luxury of working on my own parts (guitars, vocals and even pedal steel on one track) and engineering/producing when Brian or others came in for overdubs.”

“Walnut Lane” has a rousing countrypolitan meets Mudcrutch sound, with steel of course. In fact, the whole album maintains a honky tonk grit with refined production, which also reminds me of the super clean sounds of Flying Burrito Brothers. As a huge Gram Parsons fan, Marlowe is pleased to hear this. “I did try and get some different sounds that I was reaching for depending on the song. As a few examples, you mentioned ‘Walnut Lane’ which is one of the more country songs on the album but definitely has a ’70s California country-rock type sound I thought the song was trending towards when I started putting the guitar tracks down. Then a song like ‘Natalie,’ I was reaching more for a multi-electric Drive-by Truckers feel.  ‘Call Me Up’ I was going for a sort of ‘70s Stones feel with the slide guitar and grittier electric.

“From a process standpoint, since I self-produced and, along with Cody Cichowski from MilkBoy, mixed the record, I had the sounds in mind going into the recording.  So it was a matter of through both the recording and mixing process, getting onto “tape” (or in this case, computer) what I had in mind for the songs’ sounds.  I always love the recording process and read magazines like Tape Op so putting something out that sounds like what I imagine does make me proud.  I always say, every time I record I seem to improve on the last release and I think personally this is the best product I have ever released.”

As for the album title, Megunticook Lake in Camden, Maine is Marlowe’s family’s happy place. “Though my parents sold the (summer) house when I was young, my wife and I started going back to the area every year and still do. When I was batting around album titles, I was down to two and ran it by the graphic artist I hired from Philly and he was 100% behind Megunticook because he had been there!”

Marlowe wrote a song for the 2012 EP Rebellion called “Norton’s Pond,” which is named for the pond that feeds into Megunticook Lake. “From a music standpoint, I liked that tie between the two releases to the area. Finally, the front cover photograph I took from a hike we do every year called Maiden’s Cliff. The shot is from the top of the cliff where there is cross marking where in the 1800s a young girl fell to her death when her hat blew off her head and she tried to retrieve it.”

For a band that started by accident to begin with, Marlowe wasn’t necessarily looking at what they could bring to the ecosystem of Philadelphia music. When the band started, he had been out of the music scene entirely for so long that he didn’t know how to get a gig. Nonetheless, The Miners found bands close to the genre they could do shows with, which has built a culture of support and camaraderie. Now it seems they bring something big to a small but burgeoning Americana/alt-country scene.

“These went from country cover bands focusing on classic country to bluegrass bands to some other Americana/alt country bands. At the time we started, there were very few bands that were straight ahead alt-country in the vein of Uncle Tupelo, Whiskeytown, Son Volt, Blue Mountain, etc. and that was what we were going for. Maybe some thought that genre had run its course the way we were doing it. As the Americana moniker seems to have grown, I think there are now more bands we can find that are complementary music-wise to play with than back in 2007. And certainly as a big city, Philly gets the name alt country/Americana acts coming though town especially since there are more good venues in the 300-3000 capacity than there ever has been in Philly. Finally, we do have one of the best NPR music stations in the country in WXPN, which in addition to playing Americana artists in regular rotation, even has an Americana show once a week.”

Megunticook is available now via Marlowe’s Match-up Zone Music on 12” 180-gram vinyl and also digitally. The Miners have been performing in support of the new album, including their upcoming sixth annual event at World Cafe Live benefiting breast cancer charities on Saturday, January 8, 2022.