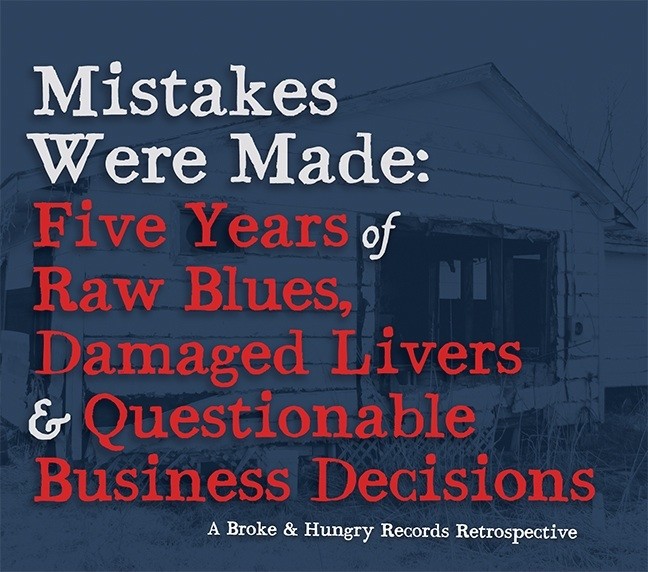 We hold a special place in our hearts for the Mississippi Delta at the American Blues Scene — after all, it’s where the blues, and honestly, nearly all contemporary music began. The music in the Delta is stunning; filled with intricate finger picking chords, often heavy, highly danceable percussion, and a smooth blend between electric and acoustic. One can often catch the great Bill Abel playing a shockingly poignant Muddy Waters slide on a home made cigar box guitar, or the 90 year old T-Model Ford stomping and playing electric blues on Yazoo Street in Clarksdale that can be heard for miles. While there’s much hardship in the delta, home to some of the nation’s poorest counties, there’s even more music, and while it can span the gambit from raucous to haunting to rocking, it all helps chase away those blues. Broke and Hungry Records has been the worldwide ambassador of this music for half a decade, recording the contemporary musicians of the Mississippi  Delta and preaching their unique brand of music across the globe. The label has spawned seven albums, a documentary, and performances at countless blues festivals worldwide, and even a feature on Good Morning America, courtesy of Jimmy “Duck” Holmes. Mistake Were Made: Five Years of Raw Blues, Damaged Livers & Questionable Business Practices is a brilliant two-CD compilation celebrating, (and sometimes humorously lamenting) the Saint Louis-based label’s journey this far.

The compilation holds 16 songs from various releases and 14 new tracks. The first disc starts off with the firey “Train I Ride” by Odell Harris, a rhythmic, hypnotic beat that’s delta blues right down to Odell’s mournful, moving vocals. From there, the fifteen tracks on the first disc bounce and rock and boogie through Terry “Harmonica” Bean, Pat Thomas, The Mississippi Marvel, Bill Abel, R.L Boyce, and Jimmy “Duck” Holmes. Holmes, the living torchbearer of the Bentonia Blues style made famous by Skip James, is well represented on this compilation. His version of Skip James’ haunting “I’d Rather Be The Devil” is a fantastic take on the Skip James number. The second CD starts off with “Meet Me in the Bottom”, a haunting a cappella field holler by Wesley “Junebug” Jefferson, who tragically passed away in 2009.  L.C. Ulmer plays a plays a fantastic seven minute version of the traditional delta song “Rosalee”, and Bill Abel plays a smashing Burnside-style jam in “No Hard Time (Get You Off My Mind)”. What’s truly shocking is how he managed to sing, play bass, snare drum, and what many would swear is two guitars — a full band, by himself at once. Odell Harris’ “Hill Funk” is a heavy percussion, overdriven electric instrumental number that spans for a full five minutes, but when it ends, you’ll wish it lasted ten.

Overall, the 2-disc set is a fantastic compilation. This may be the best captured congregation of delta artists since Alan Lomax rolled through Mississippi with his record-making equipment stuffed in the trunk. The recording quality is fantastic, courtesy of Bill Abel, and the all-star delta lineup creates a diverse range of “contemporary” delta blues that spans the gamut. Fun, rocking, mournful, playful, funky, and plenty more are each represented with all of the talent that comes from generations and lifetimes of playing and singing the blues. Possibly the most endearing quality is that the blues on this compilation are so diverse that it easily appeals to everyone, not only fans of Charley Patton, Willie Brown, and other prewar delta blues legends that so many associate with delta blues. The blend of musical styles and the artist’s massive talents converge artfully to allow the album to be enjoyed by many.

“You shall make a pilgrimage to the Delta at least once in your life” booms Big Llou in an deep, authoritative voice; one of the “Ten Commandments of the Blues” on Sirius XM. It’s no wonder Big Llou decrees the commandment; with music this good, it should be criminal not to be on every music lover’s destination list. For those that can’t make it to the world famous juke joints every day, Broke and Hungry is here with Mistakes Were Made to help ease weary ears.

Pick up a Copy of Broke and Hungry Records’ “Mistakes Were Made” on their website!

For those attending Juke Joint Fest this Friday, April 15th, Broke and Hungry Records is having their CD Release party at 5:00 at Cathead Folk Art Gallery! All are welcome, and we heard a rumor about some free beer! 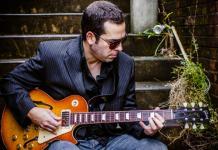