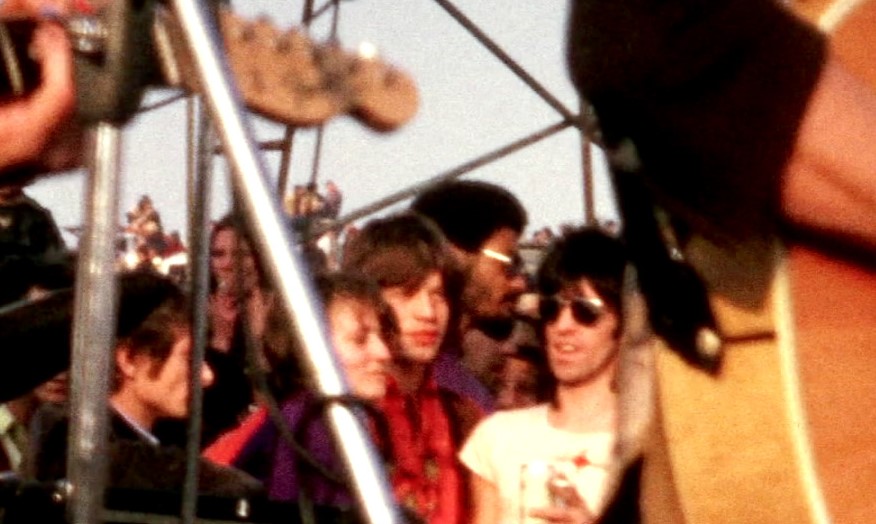 "But every so often something comes along that attracts a lot of attention – such as a never-before-seen home movie from the notorious Altamont Free Concert in 1969."

Previously unseen 8mm footage of the notorious Rolling Stones performance at Altamont Festival has been unearthed and published by the Library of Congress. The 26-minute “home video” also features the Flying Burrito Brothers, Carlos Santana, and Crosby, Stills, Nash & Young.

According to a guest post by LOC’s Mike Mashon:

Here at the Library, we’re dedicated to the acquisition, description, preservation and accessibility of our film, video, and sound recording collections regardless of perceived “worth.” We really do want to make it all available for future generations  ̶  so we don’t necessarily prioritize beloved classics over a refrigerator ad or the song “Fido is a Hot Dog Now.”

But every so often something comes along that attracts a lot of attention – such as a never-before-seen home movie from the notorious Altamont Free Concert in 1969, in which the Hell’s Angels, who had been hired to provide security, stabbed a fan to death during a confrontation over a gun. It was a major cultural turning point of the era, and the heart of the Maysles Brothers 1970 documentary Gimme Shelter.

Although the video is silent, the footage shows an unparalleled look into performers who had been cut from Gimme Shelter, as well as shots of Mick and Keith watching Gram Parsons fronting the Flying Burrito Brothers.

How the video was recovered from unprocessed films makes for a good story in and of itself. It started in 1996 when archivist Rick Prelinger acquired 200,000 reels from Palmer Films. The library acquired the reels in 2002, a press release saying it would “take several years before the Library will be in a position to provide access to these films.”

A technician working on the Prelinger Collection recently discovered two reels of silent 8mm reversal positive, which is a common format for home movies. The handwritten title read, “Stones in the Park.”

“When I saw that, I immediately thought that it could be a home movie of the July 5, 1969, Rolling Stones Hyde Park concert held in London a couple of days after the death of guitarist Brian Jones,” Mashon says. “But it could also be a copy of a documentary of the same name, which would make the discovery considerably less interesting.

“Regardless, I sent the reels up for 2K digitization by our film preservation laboratory. A couple of days later, I heard from some very excited colleagues that the scan wasn’t the Hyde Park show. It was from the Altamont Speedway concert in California and it definitely wasn’t footage from the 1970 documentary.”

Later in the blog post, Mashon says that while the second reel from the Stones’ evening performance captures the chaos, it doesn’t add to the understanding of Meredith Hunter, who was violently killed by a Hell’s Angel member.