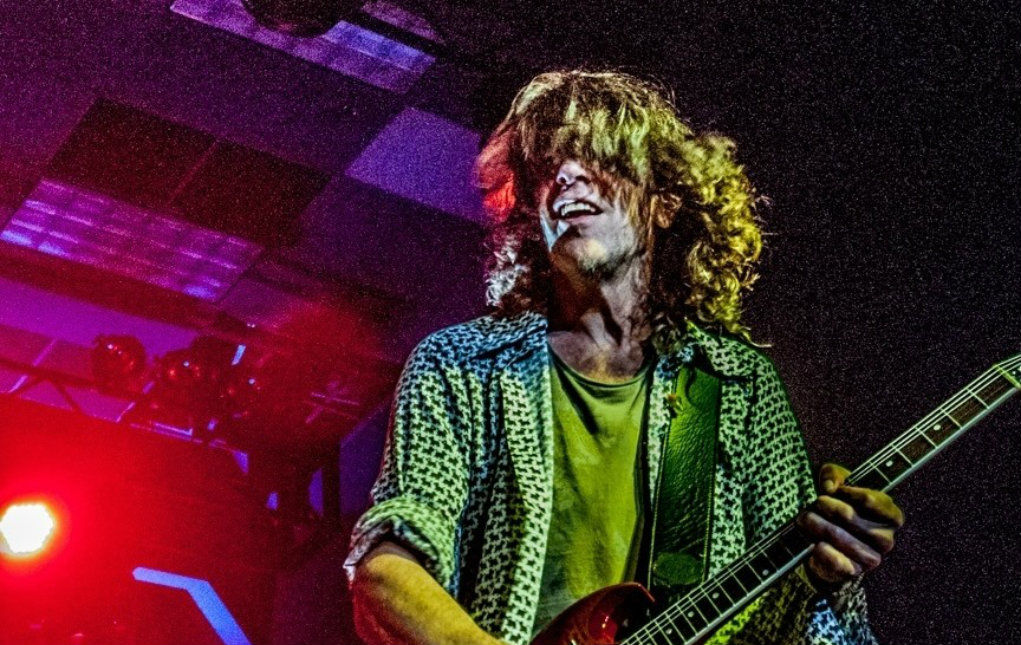 For some of us, including myself, the nostalgia of the ‘90s will live on forever. One of the bands that rouse my sentiment for the decade is Spin Doctors. The 1991 album Pocket Full of Kryptonite was paradigmatic of just how musically dynamic the ‘90s could be. The Spins’ melange of pop hooks, funk, neo-hippie jam, rock, and blues, turned the alternative world on its ear. And I know my ears still perk up at the intro drum fill of “Two Princes” every time, like clockwork.

The girl in me, with sloppy braids daydreaming out the car window to a Pocket Full of Kryptonite cassette tape, was delighted to be speaking with Spin Doctors’ founding guitarist Eric Schenkman. Eric co-wrote all five of their top 100 hits and has also worked with Chico Hamilton, Carly Simon, Natalie Merchant, Noel Redding, Phoebe Snow, and Corky Laing, among many other notable musicians.

The quartet runs on organic chemistry: Chris Barron’s euphonic singing voice, Aaron Comess’s signature accents and syncopated bass drum patterns, and Mark White’s funky plucking. Not least are Eric’s entrancing leads and phrasing. Were it not for him, you couldn’t convince me that Pocket Full of Kryptonite would have gone platinum five times over.

The gradual and chart-topping success of the album took the Spin Doctors everywhere from Sesame Street to Letterman, where they performed The Who’s “Substitute” with Roger Daltrey in 1994. “Roger asked us to play Letterman to promote his 50th birthday party at Carnegie Hall where he celebrated the music of Pete Townsend. We actually did ‘Can’t Explain’ and ‘Substitute’ with him at Carnegie Hall.”

“Who shot John?” is Old West patois for “cut the bullshit.” It is also the name of Eric’s self-produced third solo album. Who Shot John? (Vizztone Label Group) is Schenkman’s axe to grind, pun intended.

The blues has always been the vehicle for the music he makes, present in his playing at an intuitive level. Whether it’s jazz inflections (as in previous work) or the lively upstroke in the title track of Who Shot John? Blues is the bottom line. Throughout his latest album you hear a little Delta, a little Texas, and a lot of just pure rock and roll. “All of that. I’m influenced by all kinds of blues. I love the blues. All the music I love has at least a little blues in it.” 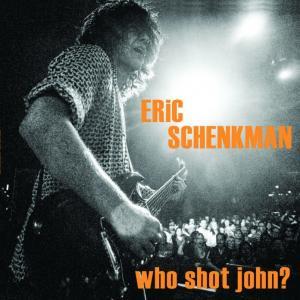 “Agent Orange Blues” on Who Shot John? does an impeccable job of demonstrating (and closing out) Eric’s clever, devil-may-care approach of the album. The track, which has the driving force of a blues song with blues licks, at the same time has the punchy percussion and delirium of a punk song.

“That’s exactly how I feel about it,” he agrees. “ ‘Agent Orange Blues’ is a contemporary blues with a hill country feel and punk sensibility. It was recorded pretty much live and written right then and I recorded it with Cody in Memphis so that definitely rings true. The lyrics are kind of where I’m at now – the way I feel about love, technology and politics. Oh, and my car.”

Schenkman, always looking happiest when playing live, strives to capture his recordings with a live-off-the-floor sound. He achieves this with bassist/co-producer Shawn Kellerman and drummers Cody Dickinson and Van Romaine. “I play with a trio, but there’s two different drummers on the record because I recorded half the record in New Jersey at Van’s and the other half in Memphis at Cody’s,” he elaborates on his personnel.

“I have a history with all these guys, but none of them knew each other until I introduced them. In fact, Cody still doesn’t know Van. I can actually do my show — which is my record plus some other stuff from the past, present, and future — with just about any rhythm section as long as they can play the blues.” You may know Cody from North Mississippi Allstars and his work with Butch Trucks. Van has performed, recorded and/or collaborated with Billy Joel, Ronnie James Dio, Steve Vai, The Spin Doctors, Spencer Davis, Deep Purple, The London Symphony Orchestra, and so many more.

For the gearheads, Schenkman tells me what he plays on Who Shot John? “I like to use my 2005 Grace Potter Flying V. It has cream T pickups and for amps mostly Fender Bassman. My friend has a 10 W National amp from the 50s which also appears on the record. I don’t really use pedals.”

Eric comes from a line of classically trained musicians. His grandfather played the viola and conducted the Richmond Symphony, and his father was a concert cellist. Those two extra strings win at the end of the day, but his love of orchestral music trickles into his guitar renderings. “I would happily bring orchestral instruments into the studio,” he states in response to being asked how he feels about one day working with a symphony orchestra.

And as far as his songwriting process goes: “It happens all kinds of ways. I take my art where I find it and I’m happy to get what I get when and where I get it. I started feeling like I needed to record a bunch of songs. My son moved out to attend a university and I had been meaning to go and record with Cody and Van anyhow. It was on my list. They’re both great drummers and it was my intention to make a record that sounded live. I figured both those guys could handle that. I’m mostly a live player and wanted to make a record in my strong suit.”

He’s a Spin Doctor by day and Eric Schenkman by night, performing at his weekly residency gig in his hometown of Toronto. “I think there’s not much of a difference in my mind between the two. On my gig I sing everything and that’s the biggest difference but Spin Doctor music is all my guitar parts, riffs, compositions, etc. And there’s a little blues in all the Spin Doctors funk.”

The Spin Doctors have weathered many storms, including breakups and the trepidation/uncertainty of singer Chris’s rare diagnosis of vocal cord paralysis in 1999. But that’s only cemented their status as brothers in arms. Not only are they still going strong 30 plus years later, but something tells me they’re better than they’ve ever been.

“It was great. Spin Doctors is a terrific band and 30 years is a real accomplishment. The songs are actually more fun now than they used to be. It’s nice to be young but as you get older you become a better musician and I enjoy the privilege of time and age and experience,” he speaks of their successful 30th anniversary tour the band wrapped up towards the end of 2018.

“I’m writing new songs with the Spin Doctors next week and start writing my next record after that. And in the meantime I get to do what I like best and what stresses me out the least: play live music and sing.”