"All music is folk music. I ain’t never heard a horse sing a song." 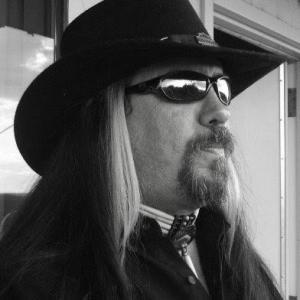 JD Nash is the nom de plume of Rev. Andrew Mader. A music lover for as long as he can remember, his first exposure to the magical sounds of the 60s came from his older siblings’ records when he was a small boy.

During his high school years, his music listening began to develop into something more eclectic. JD stopped listening to the favored pop stations, and began tuning into one of the first free-form FM stations in the nation, KDKB radio. Depending on who was jock at the time, KDKB would play a mix of rock, soul, jazz, blues, country, and even comedy 24 hours a day. It would also be the first radio station to employ JD as an apprentice in the promotions department, and later as commercial voice talent.

JD is a man of many parts. He’s worked at most everything from the cotton fields of Arizona to Naval communications all over the world. He’s been a DJ for more than 30 years, working on both radio and in nightclubs nationwide. He’s an ordained minister, a social activist, published poet, and a Native-E Award winning songwriter. While hosting the weekly program ‘Blues Influence’ on WREN Internet Radio JD first met the editors and publisher of American Blues Scene.

He began working part-time for ABS researching and publishing a weekly article entitled ‘This Week in Blues Past.’ It wasn’t long before he was asked to research “list articles” for the publication. He then began doing record reviews, artist interviews, and more for American Blues Scene. Although still working as a full time club DJ in Topeka, JD has finally found a position with ABS that fuels his true musical passion. 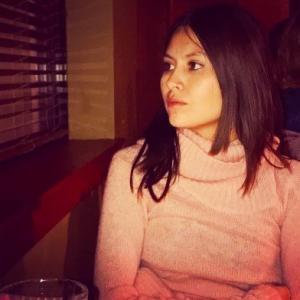 I suppose you can trace my concomitant appreciation of music and literature back to early childhood. While the other kids had playdates with Barbies and actual friends, I was in my dad’s music room studying liner notes by myself -- listening intently, slavishly memorizing, and contemplating life through the Brobdingnagian telescope of music.

I’m still trying to understand why crying steel guitars and fiddle strains in an Alan Jackson song release the same amount of dopamine as angular tempo-chord changes and splintering crescendos in a Subhumans song.

Or why I relate any and everything to George Jones or Tom Petty in my mind and out loud. I can tell you I’m grateful to have a healthy channel for this madness.