Back To Paradise:  A Tulsa Tribute to Okie Music 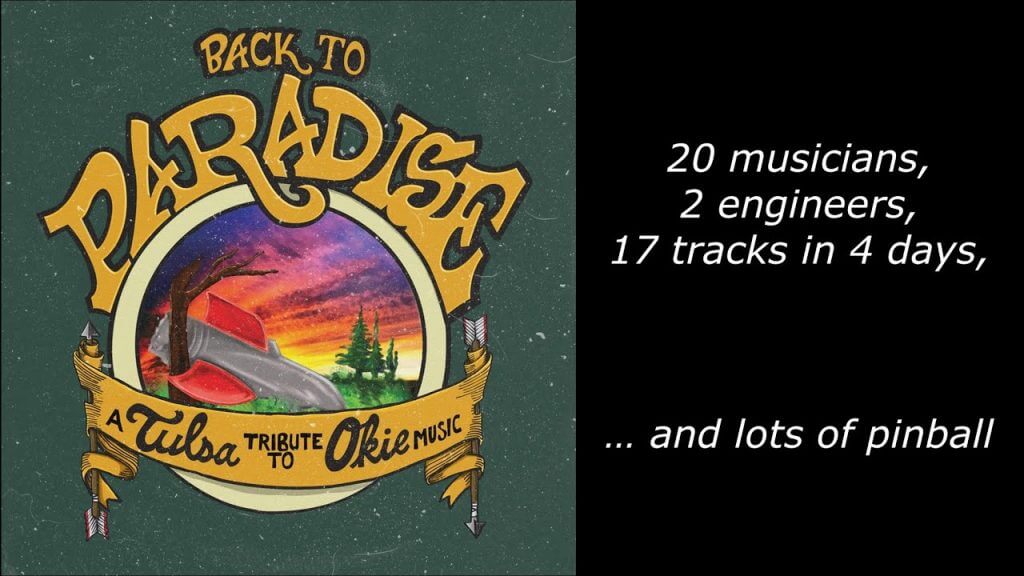 In February 2020, a group of notable Tulsa musicians traveled to Leon Russell’s famed Paradise Studio at Grand Lake in Oklahoma to record the first album tracked there since 1978. Some of the biggest names in the industry recorded at Paradise Studio; Leon Russell, Bob Seger, and Freddie King, while even more musicians and creatives escaped to fellowship at this Okie oasis. 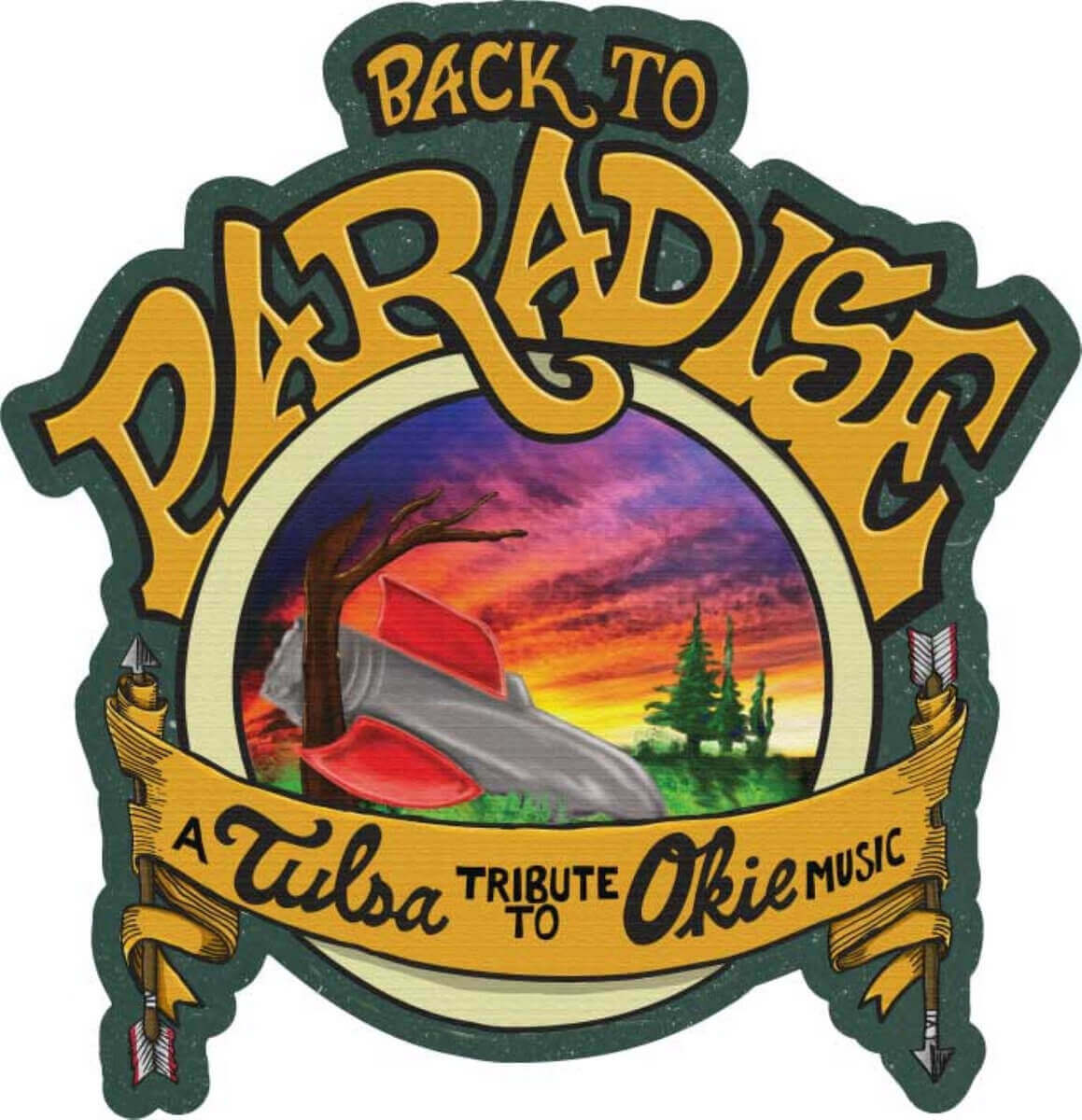 Tulsan Rick Huskey spent the last 30 years preserving and restoring the space, honoring its history while preparing for a new chapter. Upon entering the studio for the first time, the new crop of musicians couldn’t help but feel that the vibe was still alive. Musician  Jesse Aycock felt that “Walking into the studio for the first time was like walking into a time capsule. The good energy that once filled the room was left floating in the air. All that we had to do was breathe it in. Historically, players from this part of Oklahoma seem to have a different approach to music, the same way that Muscle Shoals, Memphis Chicago, Detroit, Austin and Nashville are known for having a sound. I think Leon and J.J tapped into a unique pulse in this area and I would like to think that it’s still vibrating today.”

Seventeen tracks written by Tulsa’s finest were recorded over the course of four days – mostly live, with very few overdubs, and produced by Jason Weinheimer & Them Tulsa Boys. A total of 20 Tulsa musicians participated in the recording and the core band consisted of Paul Benjaman, Jesse Aycock, Grammy nominee John Fullbright, Paddy Ryan, and Aaron Boehler. About the process, Paul Benjaman stated that “Decisions on how to build the songs were quick and effortless. The language that these musicians have developed over the years from playing live together paid off in knowing what to do instinctively. Unpacking each song, finding the magic that made it work, and leaving space for each person to contribute was a natural process that led to 10+ hour days of music with friends.” 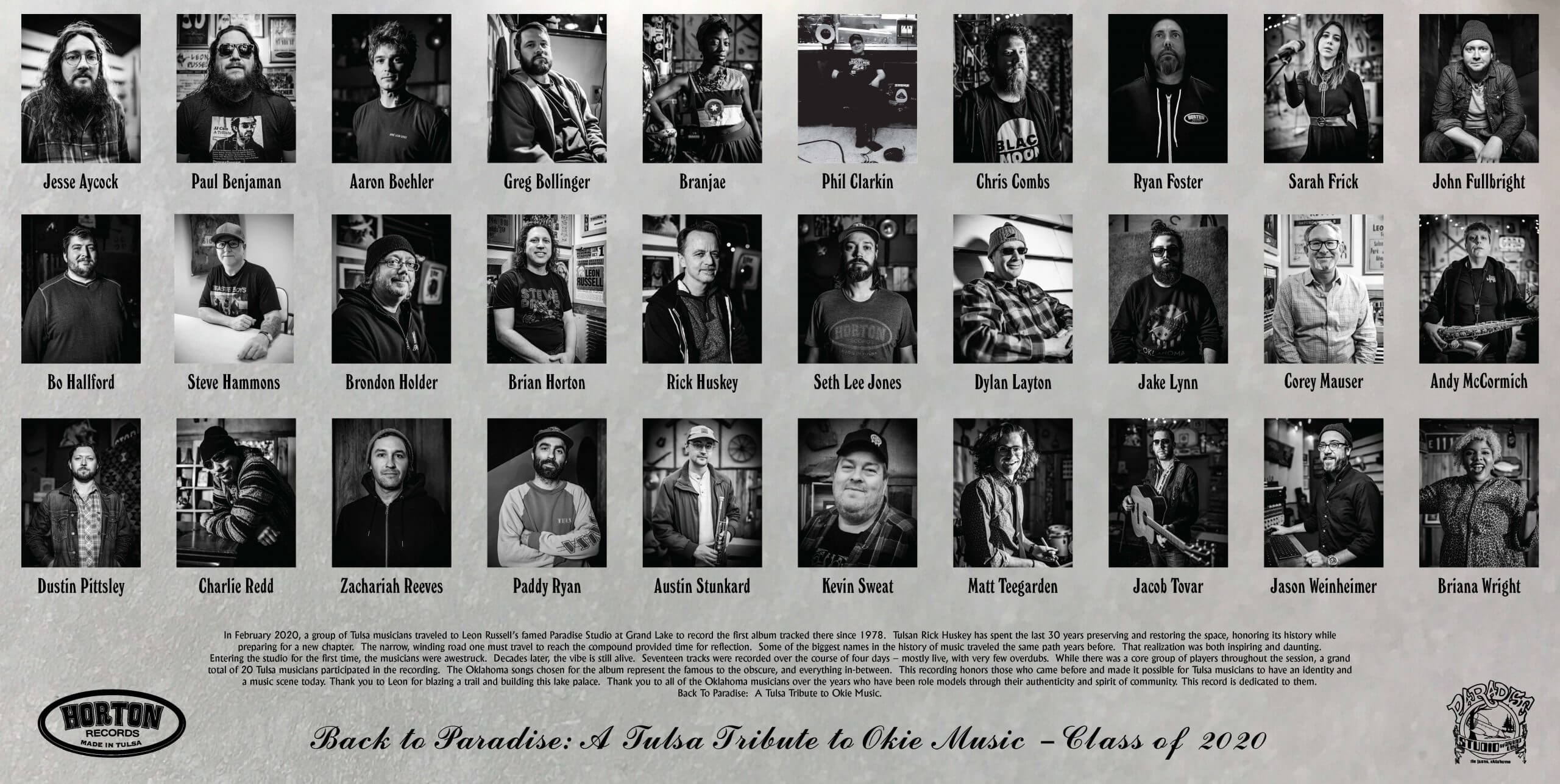 The musicians who participated in the project chose the songs for the album. The tracks that will be singles and made into videos are: “I’ll Make Love To You Anytime” (J.J. Cale), “If The Shoe Fits” (Leon Russell), “I Yike It” (The Gap Band), and “Rock n Roll Gypsies” (Jesse Ed Davis). John Fullbright states “One of the coolest things about driving there was thinking that Bob Dylan did the  exact same drive, George Harrison did the exact same drive. That was really neat. Tulsa’s music scene is very talented and eclectic, and we are a city that does not forget its roots and past, and celebrates it and builds on it.”

Executive Producer Brian Horton weighs in; “This is a project that we’ve all wanted to do for more than a decade. We think we’ve captured some of the spirit and energy that happens around town when you go to a live show.  These musicians love our regional history so much. This is a document of them paying tribute. We want people to check out today’s musicians, but we also want them to appreciate the Oklahoma musicians that have made it possible to have a relevant music scene today.”

This song was written by JJ Cale and was originally released in 1979 on the album 5 on Shelter Records. 5 was the first album to feature Cale’s wife, Christine Lakeland. Eric Clapton also recorded this song on his album Backless. The definition of cool, Cale is one of the most influential Tulsa musicians to have ever lived. His music continues to inspire musicians and fans alike.

Back to Paradise will be released by Horton Records on August 28th. Available for sale through Bandcamp