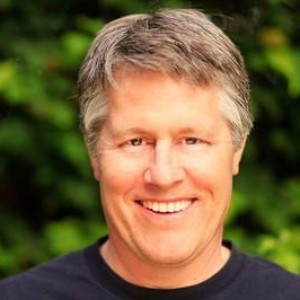 Besides being dapper as all get out, the 87 year old Henry Gray is a legend you’ve never heard of. Not unless you’re an aficionado of post war Chicago blues.

Besides being dapper as all get out, the 87 year old Henry Gray is a legend you’ve never heard of. Not unless you’re an aficionado of post war Chicago blues.

Blind Pig Records put out Gray’s CD in 2011, and it’s aptly titled “Lucky Man.” Perhaps it’s a reference to his war experience that killed a friend and wounded him. Perhaps it’s a reference to his musical career, having recorded and played with 13 different blues men, including Howlin’ Wolf, Bo Diddley, Jimmy Reed, Junior Wells, and Willie Dixon. Or, all of the above.

For many in the 40s, all blues paths met in Chicago. Henry Gray arrived in the later part of that decade, after growing up on the south end of Lake Ponchartrain just outside of New Orleans where a young lad discovered the New Orlean’s low country music of the local jukes and then spending time in the service entertaining troops with his distinctive style. After the war, he landed in Chicago’ south side, where he set himself apart again, playing night clubs and coming to the attention of Big Maceo Merriwether. Thus he entered a new phase of playing, including recording sessions with Chess and Vee-Jay records, a 12 year stint with Howlin’ Wolf, going on to blaze the trail of the electric piano in Chicago blues, and still today, this man plays on.

This CD features six cover songs and six originals. Gray covers JB Lenoir’s Mojo Boogie, transforming the guitar player’s song into a piano driven piece. Their relationship fostered due to their mutual work at Chess records at the same time. Gray does a great job of bringing the background piano in the original and bringing it front and center.

Through the album you’ll hear pieces by Jimmy Reed, (Out on the Road, Boogie in the Dark), Big Maceo (I’ll Be Up Again Some Day), and Little Walter. It starts out with a Fats Dominoe tune, My Girl Josephine, and nice boogie number that combines the tune to the barrel house blues that Gray learned from Big Maceo, a heritage going back to Pine Top Smith and Roosevelt Sykes. I’ll Be Up Again Someday is the Maceo tune that Gray covers on this album, and the melody bumps along while both of Gray’s hands do the honor of acknowledging his mentor.

For this recording, Gray assembled a back-up band of worthy session players from Chicago, including Willie Smith on drums and Steve Freund on guitar. There are several slower numbers on this CD, and count them, four, that have the word “boogie” or “bounce” in the title. That tells you something about the nature of this CD. It’s definitely a boogie album, which is even evident on the slower numbers. The band slows down, but hardly Gray!

There are two songs however that best sum up Gray’s lineage on this CD: Gray’s Bounce and the closer, Finger Snappin’ Boogie. This is boogie music! Get up and dance music. No crying-in-your-beer here music. There are no lyrics in Gray’s Bounce, and the song that closes this CD out has no lyrics, and no band, just a keyboard and the two boogie creating hands of Henry Gray.

PrevPreviousGeorge Jones, "The Possum" has passed away at 81
NextRolling Stones to Play for 400 Lucky fans Tonight in LA!Next