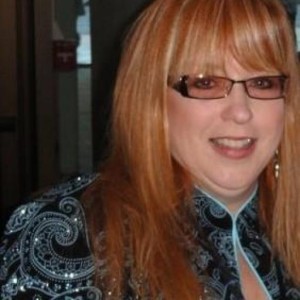 Portland’s Lisa Mann, vocalist, composer, and 6-string bass virtuoso, has never been reticent to share her personal triumphs and tragedies through her music...

Portland’s Lisa Mann, vocalist, composer, and 6-string bass virtuoso, has never been reticent to share her personal triumphs and tragedies through her music. It’s no surprise, then, that the title cut of her new CD Move On was inspired by the resolve she needed to overcome the loss of her mother and, in short order, the loss of her voice. “I’ve got the philosophy you don’t forget your past, but you need to move forward,” Mann said. “That’s why I chose it as the first tune for the record.”

Mann believes that the stress of her mother’s lengthy illness played a big part in the loss of her voice for six months. During that difficult time, Mann made the best of a bad situation by inviting area singers to be her voice for her shows. There must be something in the water in Portland that produces notable musicians, because Mann had an excellent crop from which to choose, particularly Rae Gordon who is a bandleader in her own right and who participated in this year’s International Blues Challenge in Memphis.

Throughout Mann’s career, though, she has created a sense of community in her work. Many of her recorded songs and live performance includes guest appearances from the best artists that the City of Roses has to offer – Mitch Kashmar, Lloyd Jones, Karen Lovely – and Move On is no different which includes performances by Sonny Hess, LaRhonda Steele, and Arietta Ward.

“There is something about Portland and the blues musicians here who really get it. I don’t know how else to describe it. When you go to Vancouver, just north of Portland, they say you’ve crossed from the shuffle side of the river. They call Portland the shuffle side of the river,” Mann explains. “We have musicians like Lloyd Jones, Curtis Salgado, and the late Paul Delay. Mitch Kashmar and Kevin Selfe moved here specifically because of the strength of the blues scene. The Insomniacs hailed from Portland. Fiona Boyes moved here for awhile. The university in Eugene had some concerts where they brought in acts like Muddy Waters and Koko Taylor so young guys like Lloyd Jones, Paul Delay, and Dover Weinberg saw the real deal. They were influenced by these Chicago blues musicians. A lot of them ended up moving to Portland.”

Mann herself was transplanted as a child to Oregon from her native West Virginia. Her mother escaped an abusive husband by taking her two young girls to Portland where she made a nest for the family. Mann bought her first bass at age 11 by saving up her lunch money after being inspired by the bass line in the theme of the Imperial Guard in Star Wars.

She learned to play by listening to Deep Purple and Cream. “In my teenage years I got into heavy metal and hard rock – Led Zeppelin – so I kind of got a blues education through the back door of the Brits who listened to it Black Sabbath, Geezer Butler and what they did to suit their purposes. When I did start playing blues, I went, ‘Oh, I get this, I’ve done this before.’”

Mann began her professional career at age 19. “I found out you can work in Top 40 and work in bars, so I was hired by some Top 40 dance band. We played stuff like Paula Abdul and Madonna; anything that was popular on the radio,” Mann recalls. “Since then I played I a lot of bar bands – hard rock, Irish, country. I played in the rock scene in Seattle, then in ’98 I moved back to Portland. That’s when I got into the blues scene. I fell in with Sonny Hess, Linda Hornbuckle, and Paul Delay a couple years later. I played with him as a substitute bass player.”

Her original instrument was a four-string bass, but she bought a six-string when she was 20. “I wanted to be able to play those low notes when a song was in the key of B or C and not have to stay up high. Also there’s times when the guitar player is soloing – if you don’t have a keyboard player – there’s nothing happening and the music drops out. If you have those higher strings to play chords with, you can fill out the music that way.”

Mann can make her bass sing during solos and as a lead instrument on her renditions of “At Last” and “Alone.” She cites the bass as being the cohesive factor of Move On which features more of the rhythm and blues feel she’s been moving toward. “I’m influenced by James Jamerson and his work with Marvin Gaye and Gladys Knight and by Bob Babbitt and Duck Dunn. I don’t necessarily have their sound, but it’s the movement I guess – their inflections and style of songs from that era.”

Move On is comprised of nine originals and three covers, including rousing renditions of Little Milton and Jimmy Reed songs. Through the original songs, Mann shares her love for her husband (bassist Allen Markel) in “Give You My Love” and “My Man,” her empathy for those who’ve been wronged in “I’ve Been Used,” and her never-ending to-do list in “Big Long List.” She chose to cover the Sonny Hess/Paulette Davis song “The Blues is My Medicine” in tribute to the late Davis who Mann describes as “a blues diva from Portland who was just knock-your-socks-off powerful.” Sonny “Smokin” Hess contributes lead guitar to the recording.

Move On is getting national and international attention, having reached Number 16 on April’s Living Blues Chart and Number 17 on Roots Music Reports Blues Album chart for the week of May 24th and getting airplay on broadcast, satellite, and internet radio stations. She is touring in support of the record, including an appearance at the Big Blues Bender in Las Vegas in September.

Mann has been inducted into the Cascade Blues Association’s Hall of Fame after winning its Bass Player of the Year Award three times in a row. She continues the Pacific Northwest’s tradition of blues artists whose music honors the genre’s most revered traditions while keeping it relevant.