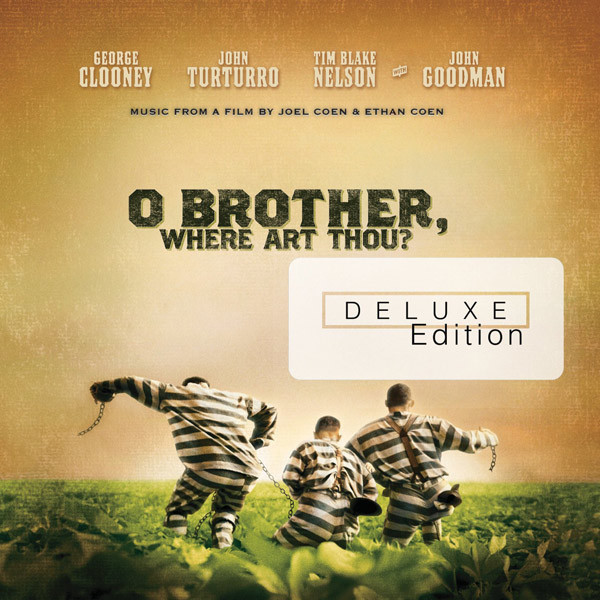 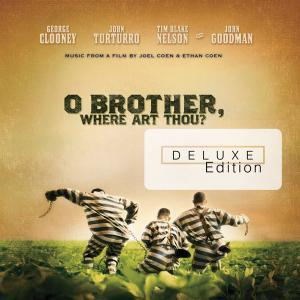 Ten years ago today, the soundtrack for the hit movie O Brother, Where Art Thou? was released. The album, produced by 12-time Grammy Award & Academy Award-winner T Bone Burnett, became a surprise smash hit. It’s great successes even overshadowing the popular movie starring George Clooney and directed by the Cohen Brothers. In 2001, the O Brother soundtrack shocked the music industry by edging out Bob Dylan to win a Grammy for Best Album of the Year. Since it’s release, over 7.5 million copies have been sold, making it certified Platinum, and a decade after it’s release, the album still remains on the list of the top ten best selling soundtracks of all time. It’s massive success has spawned live DVD releases, 3 follow-up albums, a documentary, five Grammys, a #1 Billboard hit over a year after it’s initial release, and two concert tours. For it’s tenth birthday,  the album is being re-released as a deluxe 2-disc special edition, complete with twelve previously unreleased tracks and a gratuitous remastering.

The movie was set in the depression-era Mississippi Delta, which many blues fans know as “ground zero of the blues”. The Delta is the incubator where blues developed, and where folk & bluegrass music flourished. As a result, roots music played a central role in the movie.

The movie and soundtrack have a great deal of fascinating history related to the blues. Both the soundtrack & movie start off with prisoners from Parchman Farm, the notorious Mississippi Delta prison, breaking rocks as they sing haphazardly — yet strangely harmoniously, to the beat of their hammers.

Though the movie depicts actors as prison workers singing the song, it was actually overdubbed. Lending an air of authenticity to the scene, the track was actually a 1959 recording of real prisoners from Parchman Farm by Alan Lomax, the legendary folklorist and musicologist. The prisoners were singing about a man named Lazarus, (not the friend of Jesus), who was shot by a sheriff.

The blues is well represented in both the film and soundtrack. The popular contemporary bluesman Chris Thomas King played a significant actin role in the movie, portraying the early blues legend Tommy Johnson. Johnson was the originator of the Faustian “selling your soul to the devil” blues legend, later made internationally famous by a similar legend about Robert Johnson, who had no relation to Tommy. In the movie, King, (as Johnson), discusses going to the crossroads to sell his soul, and later plays “Hard Time Killing Floor Blues”, a song created by the enigmatic bluesman Skip James. James was famous for inventing the “Bentonia” blues, a style that is defined by haunting minor chord tuning and named for the town James lived in. Today, Jimmy “Duck” Holmes of Broke & Hungry Records carries on the Bentonia tradition.

The most famous song from the album and the movie was “Man of Constant Sorrow”, which was first recorded in 1913 by “Blind” Richard Burnett in a song book. “Sorrow” was likely a traditional hymn or ballad, though it’s true origins, like many folk songs, are lost to time. The Stanley Brothers recorded a version in 1959, and Bob Dylan recorded a very popular version in 1962. Ultimately, Dan Tyminski sang the wildly popular track from the movie and soundtrack.

While the album received painfully little support in radio airplay, often a key factor in an album’s success, O Brother became a massive success anyways, indicating that roots and blues can still be widely popular and stir emotions, despite the perceived age of songs or stereotypes regarding styles. Even after proving that there is most certainly a widespread and eager audience for roots music, and having a decade to capitalize on that, there is still a shameful lack of mainstream support for it. The silver lining, however, is that O Brother did help to open doors for other roots and roots-based acts such as the Avett Brothers or the Black Keys, and it propelled artists who were featured on the album, like Dan Tyminski and Chris Thomas King, into widespread national fame.

Find the O Brother, Where Art Thou? Soundtrack on Amazon