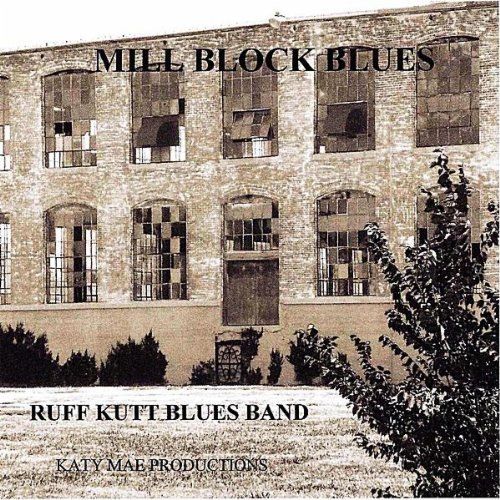 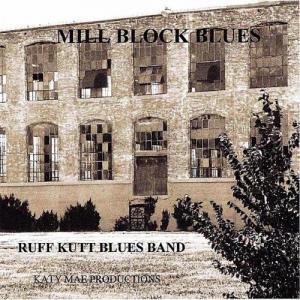 The first thing to note about Ruff Kutt Blues Band’s new album Mill Block Blues is the charity work associated with it. A portion of every sale is donated to the Handy Artist Relief Trust, known as the HART Fund. The HART Fund is a special trust created by the Blues Foundation to aid blues artists and their families that are in need of preventative care, health care, dental, burial expenses, etc. To date, Mill Block Blues has donated close to $10,000 from the sale of Mill Block Blues to the fund. Every album purchased contributes to the fund, which is quite an accomplishment in itself.

The second note about this album is that there’s a reason it’s generated almost $10,000 for charity — it’s an extremely good album. Nine time Handy Award winner Anson Funderburgh produced the album, as well as playing lead guitar on much of the album, which features a stellar lineup of Texas blues musicians. The entire album has a hybrid feel to it; classic blues with a heavy Texas twist. The first track, “Cut Like a Knife”, sets the pace for the album; an infectious classic blues style song in the vein of Albert King, with the horn section fattening up the song’s rolling groove. Lead vocal work was split up throughout the tracks, which strongly enhanced the impact of each song. It feels like each vocalist was hand-picked for the particular track they lent their styles to. “Mill Block Blues”, with Michael Schaefer singing strong, mournful vocals, fits the style of the song perfectly, while Anson plays a righteous one-note-at-a-time solo. “Oh Lord”, a staunchly rockin’ gospel track, seems like a perfect vocal fit for ShuRhonda Kemp, complete with the choir singing backup.

Every track on the album simply grooves, with excellent additions of an entire horn section, courtesy of one man, Ron Jones, romping B3 style keyboard by John Street, and an occasional accordion from Christian Dozzler. Anson’s lead guitar on the majority of the album is exactly what you’d expect from a highly celebrated guitar legend; perfect. James Goode, who was the originator of the album and a Rockabilly Hall of Fame bassist, holds down the bass expertly; funky when it needed it, strong when called for. Dempsey Crenshaw, Andrew “Jr. Boy” Jones, Michael Schaefer, Steve “Big Bo” Richardson, Kenny Daniel, and ShuRhonda Kemp all take vocals at one time or another, and each one should be celebrated for their expert contribution. The all-star Texas cast makes this album a hit. It’s easy to listen to and packed full of emotion, from dance-worthy to tongue in cheek, and from mournful to Southern Gospel on Sunday morning.

Don’t forget, a portion of the proceeds for each copy goes to the HART Fund to help blues musicians in need!