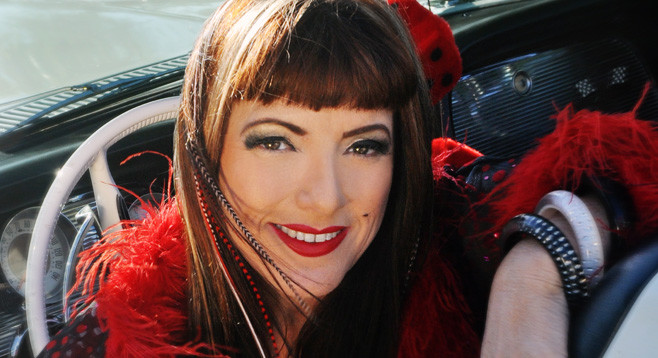 The dynamic blues singer Candye Kane has announced that her pancreatic cancer, which had previously been in remission, has returned.

Kane has released 8 albums in her twenty years on the road, including the critically acclaimed Superhero, released through Delta Groove Records, which was nominated for a Blues Music Award in 2009 — the same time she was battling Pancreatic cancer.

Because early pancreatic cancer symptoms are often easy to miss or nonexistent, pancreatic cancer patients have a very low survival rate, often a number of months. However, Candye, true to the title of her 1995 album Toughest Girl Alive, battled the cancer into a rare remission and continued to tour 250 days a year.

“thanks you all so much for your love and kind comments regarding my next bout with pancreatic cancer. I will see the oncologist on monday and know more about my treatment. Your sweet and generous words warm my heart and humble me. And cancer will humble me too, but not beat me down. xo”

Being a survivor has played a prominent part in the life and presence of Candye Kane. The multi-talented singer even created a play based on the trials of her life, which debuted to sold out showings. Those on Facebook can leave Candye a post or encouraging message on her artist page.