The Tabasco King Paul McIlhenny Passes Away at 68 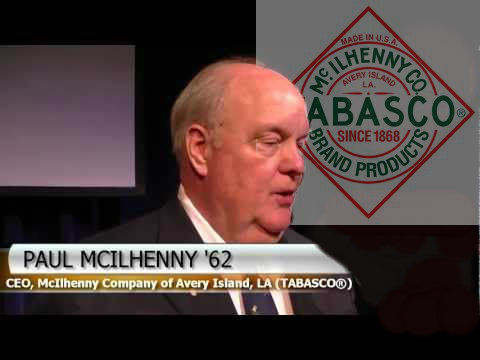 A huge blues music lover, supporter and fan, McIlhenny died Saturday, according to a statement from the Avery Island, La.-based McIlhenny Co.

In the early 90’s, the company decided to combine the love of great food and great music and released Cookin’ Up the Blues with Tabasco Brand Pepper Sauce.  One highlight in the book was  Buddy Guy’s Seafood Okra Gumbo is served at the guitarist’s Chicago nightclub Legends.

The New Orleans Times-Picayune is also reporting on McIlhenny’s legacy. Here’s an excerpt from its story:

“Mr. McIlhenny entered the family business in 1967, shortly after earning a degree in political science at the University of the South in Tennessee.

“Despite his passion for all things Louisiana, Mr. McIlhenny was born in Houston in 1944, along with a twin sister, Sara, because their mother was staying there with her mother while the children’s father was in the military during World War II, said his daughter Barbara McIlhenny Fitz-Hugh.

McIlhenny became the company’s president in 1998, becoming the sixth family member to hold that title. He was named CEO in 2000. (Anthony Simmons, a cousin, was named president last year.)

In 2006, McIlhenny reigned as Rex, the king of the New Orleans Carnival, after the devastation of Hurricane Katrina.

The Times-Picayune noted McIlhenny’s interest in the wetlands around Avery Island – and his concern for Louisiana’s fragile coastline. Here’s more from the paper:

“Although Mr. McIlhenny was serious about coastal restoration and the preservation of Louisiana’s wetlands, he generally was a merry man — one friend described him as ‘Falstaffian’ — who strove to inject humor wherever possible.

“A few days before he reigned as Rex in 2006, Mr. McIlhenny quipped that if, during the ceremonial toast to the mayor at Gallier Hall, the subject of hot sauce came up, ‘I’ll say that’s one form of global warming I’m totally in favor of. We’re defending the world against bland food.'”

In an 2002 interview with NPR, McIlhenny talked about the origins of the iconic sauce, made by the company founded by Edmund McIlhenny in the 1880s.

“I think he found cologne bottles that had stoppers with sprinkler fitments in them,” he said. “The sprinkler would allow something to be dispensed by the drop or the dash rather than poured on and his sauce was so concentrated that it was practical, so the legend is that he found old cologne bottles and filled them with Tabasco sauce.”