Chris Antonik's Better For You is Contemporary, Original 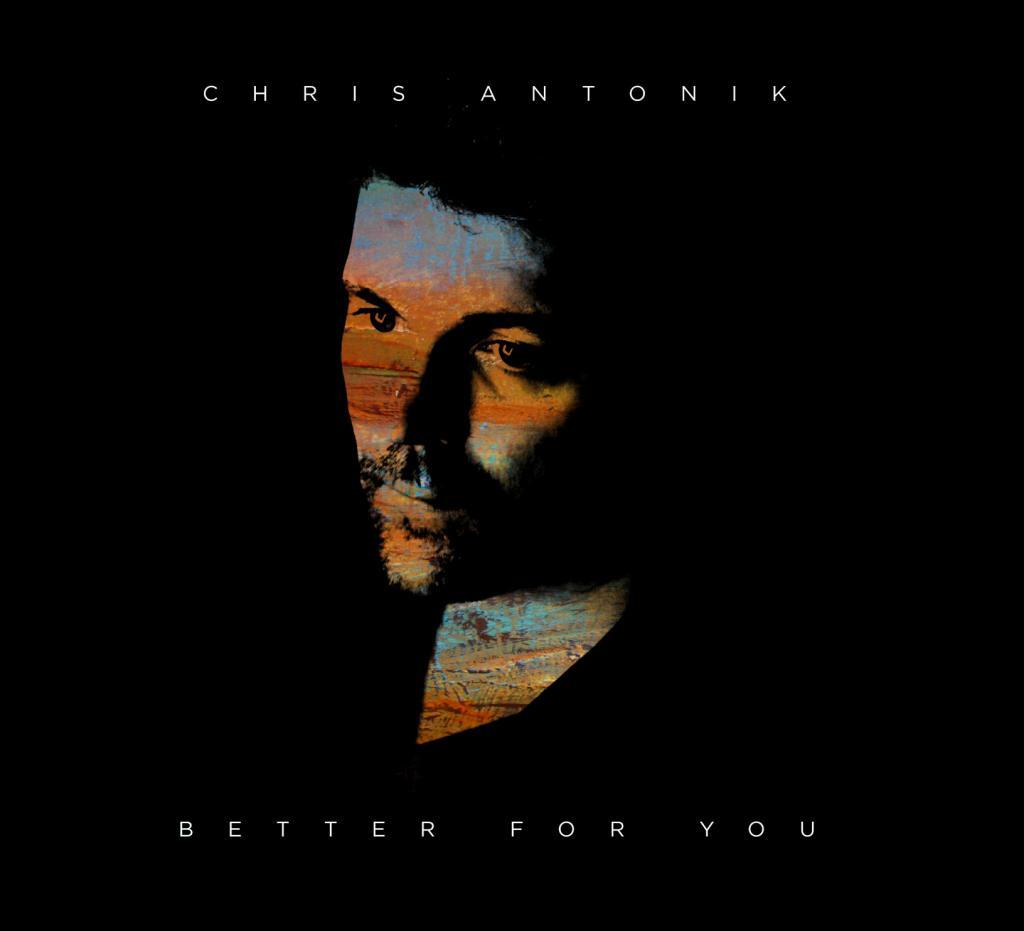 Better For You, the second album by Canadian guitarist and singer Chris Antonik is a more than solid effort of uptown contemporary original blues.

Though Antonik sings in a tough gritty voice, he is more than generous with sharing the vocal chores with Williams and others throughout the disc.

Produced by Anonik and Ted Onyszczak, the album has an ultra-clean, bright sound. It kicks off with “A Long Way To Go,” a funky blues rocker with Steve Marriner doing a guest spot playing a very Chicago sounding harp. The song starts with just the basic band, with a three-piece horn section slipping in midway through the first verse, then joined by Marriner’s harp. There’s a very cool call and response between guitar and harp in the middle, followed by another verse and then song fades out with extended alternating solos from Marriner and Antonik.

The pace is more than kept up with the second song “Turn To Shine,” which moves into Memphis soul territory with keyboard player Josh Williams singing lead culminating in a truly soaring solo by Antonik. The Memphis feel is extended into one of the true highlights, “Come From A Good Place,” with guest vocalist Shakura S’Aida delivering what is perhaps the most impassioned vocal on the album. The horns could be from 1968, and Antonik alternates between a cool rhythm at time reminiscent of Steve Cropper during the verses then leaping into a totally charged solo, that ends up playing off the vocal for the remainder of the song. In another time and place, this would have been a surefire candidate for radio.

Things slow down slightly for “Broken Man,” sung by Mike Mattison. There’s a fun bit of musical trickery happening here because initially the song starts like a classic soul ballad, with Mattison at first sounding like Solomon Burke, but a few lines into the verse the rhythm suddenly alters, picking up the pace again to build to a sudden stop, and the whole process repeats. The song features the basic four piece band of bass, drums, guitar and organ with a guitar solo in the middle and like the previous track it’s ended with Antonik playing off the vocal.

Next comes the album’s only cover, Walter Horton’s “Have A Good Time” sung by Josh Williams with Anonik playing acoustic. Williams is a terrific harp player, but the song serves a couple of purposes: It is an interlude that breaks up the album, but showcases Anontik’s country finger-picking, and there is no doubt he can play! It’s one of those things that initially you think won’t fit with the rest of the album, but it works seamlessly.

Mood wise, the album takes a darker turn with Antonik returning to the vocals for the next two songs, “Shake Me Down” and “Better For You.” Again, this is just with the four piece band and it crosses slightly into jazzy territory with an extended Hammond organ solo by Josh Williams that recalls the great jazz organ trios of the ’50s and ’60s.

Things get even darker for the next track, “Better For You,” which stays with the basic four-piece band with Antonik delivering an impassioned vocal that borders on desperate, which is equaled by his guitar. Interestingly enough, on this track, it is often the licks that punctuate the vocal that hit the hardest.

The beat picks up as the horns return on the next track, “Nothing I Can Do,” which has a funk oriented groove with Williams returning on vocals and doubling on organ and Rhodes piano. While they have a similar vocal delivery, Williams is more of a shouter. But what makes this song stand out is a truly spectacular guitar solo that has shades of Buddy Guy and Hendrix. If there’s a track on this album where you wanted to say to someone, listen to this totally amazing guitar player, this is the one to play.

While maintaining the feel that is there throughout the album, things take a musical turn on “Tell Me What You Need,” which is just Antonik on acoustic and electric guitars, and Ted Onyszczak on bass and programming. While all the other songs have a blues or soul feel, this moves into the area of singer-songwriter, with almost bossa nova chording. Antonik’s vocal is both sorrowful and pleading, the dual leads contrasting with the chording, but it totally works.

The band returns for the last two tracks with Antonik staying on lead vocal. “So Tired” completes a circle returning to the soul grooves that started the album. The horn arrangement is truly inventive, in fact the song stands as blues composition as opposed to improvisation, but lyrically and vocally it is one of the standout tracks.

Antonik saves the best for last. Initially, “I’ll Help You Through” starts as a big band ’40s style blues song reminiscent of “Nobody Knows You When You’re Down And Out,” but quickly turns into something else entirely. This is by far his best vocal on the album. From the first note, he totally means it, and is reaching deep inside right to the heart. While the guitar retains his standard of supreme excellence, here is the singing that carries the song with a sorrowful solo that almost talks in the middle, with the guitar coming close to drying, but never overdoes it.

Better For You is the sound of someone taking the blues to a new place, at times echoing what’s been done before but creating something new in the process. While the playing and performance are excellent from the start, it’s an album where you truly have to listen to receive the full impact of both the music and the songs. Part of this may be that the recording is so clean, and the playing so tight and so precise, that you almost wish for some slight mistake. However with each listen the music gets deeper on every level and the realization sets in that the songs are way more than a showcase for an excellent guitarist.