Matthew Davidson Invited to Join “Brotherhood of the Guitar” 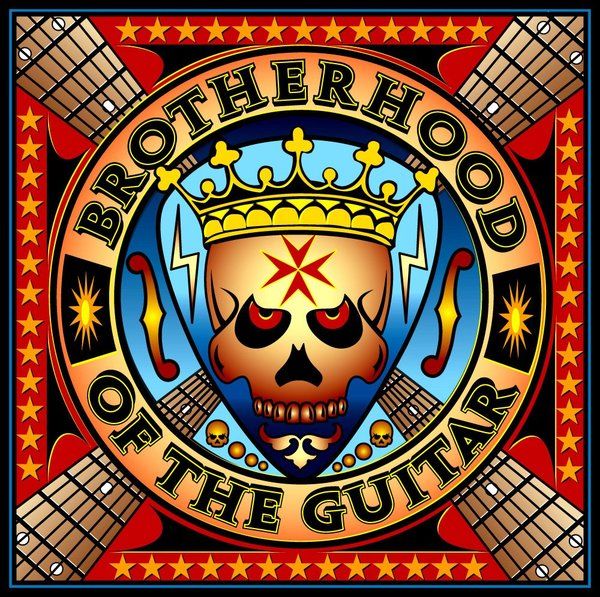 (SHREVEPORT, LA) Acclaimed photographer Robert Knight has invited fifteen-year-old Matthew Davidson of Shreveport, LA to join The Brotherhood of the Guitar (BOTG). The BOTG is a project launched by Knight and sponsored by Fender Guitar, Guitar Center, and Ernie Ball. The BOTG’s purpose is to shine a spotlight on a select group of unsigned up-and-coming young guitar players from around the world. In this endeavor, Knight is committed to finding young guitarists – those with promising and special talent – and giving them an outlet to grow. Members of the BOTG are featured on the group’s website, are encouraged to network with each other, and are provided performance opportunities. Knight recently filmed an interview with Davidson and photographed him at the recently opened Guitar Center in Shreveport. Matthew will be featured in an upcoming issue of Guitar Center’s monthly national catalog.

Knight’s decades of musical portraits and concert photography are chronicled in the book “Rock Gods: Forty Years of Rock Photography”. He has worked with such artists as Jimi Hendrix, Jeff Beck, Slash, Led Zeppelin, ZZ Top, Maroon 5, John Mayer, and was the last photographer to capture images of Stevie Ray Vaughan just before his tragic death. The documentary film “Rock Prophecies” explores Knight’s impressive career and follows him on his quest to help the musicians of today become the rock legends of tomorrow. More than twenty years’ worth of Knight’s previously unpublished images are featured in the 2012 book “Slash: An Intimate Portrait”. Knight’s images currently decorate the exteriors of hundreds of Guitar Center stores.

Knight first noticed Davidson in December of 2011. A freshman at Caddo Magnet High School in Shreveport, Matthew Davidson released his debut recording in 2012, produced by legendary bassist Joe Osborn. The 4-track EP titled “Step Up” is a blend of Matthew’s diverse musical influences, from rock to blues, and is available on iTunes.

Davidson got his first taste of guitar at the age of three, when he received a toy guitar for Christmas. In 2007, he won his first electric guitar in the James Burton Foundation’s Guitar Showdown. Since then, he’s won numerous accolades, including being named the recipient of the 2011 Robert Johnson Blues Foundation New Generation Award and being selected as the 2011 Kidd Kraddick Rock Camp Guitarist. He’s performed at the Dallas House of Blues, B.B. King’s Blues Club in Memphis, Pinetop Perkins Homecoming, and The Ellis Marsalis Center in New Orleans. Matthew fronts The Matthew Davidson Band, a 4-piece teen band which has played at The New Orleans Jazz Fest, The State Fair of Louisiana, The King Biscuit Blues Festival, and numerous other festivals and venues. “Rising prodigy Matthew Davidson has been making major waves in the music world. Getting his first taste of guitar at the age of three, Matthew has been stunning the ears of multiple guitar enthusiasts and organizations across the country.” William Clark, Guitar International, Jan. 2013