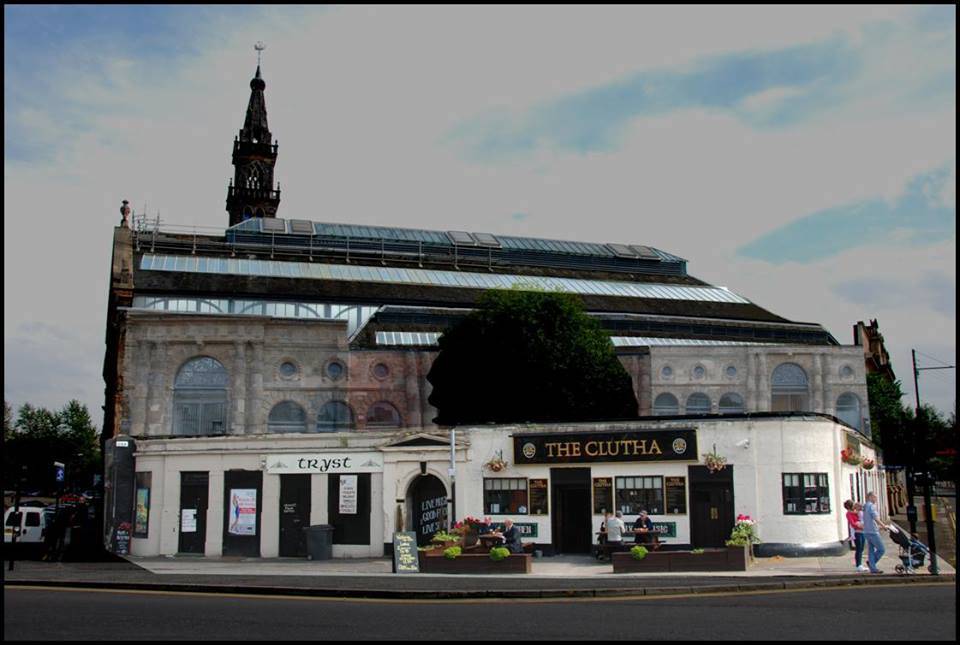 GLASGOW, Scotland (AP) — At least one person is confirmed dead from the crash of a police helicopter onto a crowded Glasgow pub and the toll is expected to climb, officials said Saturday. In fact at press time, other news agencies across the world are reporting the death toll in this tragedy has risen to six.

As specialist search and rescue teams continued to probe the wreckage of The Clutha pub, Chief Constable Stephen House confirmed that overnight 32 people were taken by ambulance to hospitals in following the crash.

“Sadly at this time I can also confirm one fatality,” he told reporters. “We expect that number to increase over the coming hours.”

House said specialist teams are working to make sure everyone is recovered from the scene, where revelers were packed into the pub to hear a local ska band when the helicopter crashed through the roof.

Police couldn’t say whether people were still trapped inside the pub, but the hope is to find survivors, he said.

“Highly trained firefighters from all over Scotland are carrying out rescue operations at the scene,” House said. “They are continuing to make the building safe to allow full examination of the scene to ensure that everyone is recovered.”

Scotland’s leader Alex Salmond said it was a `’black day for Glasgow and for Scotland.”

Police and air-safety investigators have begun inquiries, but say it is too early to say why the Eurocopter EC135 T2 helicopter – carrying two police officers and a civilian pilot – came down.

Authorities said they had made contact with people still inside The Clutha, where a ska band was performing when the helicopter came down. Search and rescue dogs were on the scene, along with more than 100 firefighters.

The crash Friday at around 10:30 p.m. local time sent dozens of patrons fleeing through a cloud of dust. Witnesses spoke of people streaming out of the building covered in blood, with gashes and other injuries.

As dawn broke, firefighters clambered on to the collapsed roof and pulled tarps over the wreckage of the helicopter. There was no word on the fate of those aboard.

Grace MacLean, who was inside the pub at the time, said she heard a “whoosh” noise and then saw smoke.

“The band members were laughing, and we were all joking that the band had made the roof come down,” she told the BBC. “They carried on playing, and then it started to come down more, and someone started screaming, and then the whole pub just filled with dust. You couldn’t see anything, you couldn’t breathe.”

“My hopes are with everyone that came off worse than myself and the people I was with at The Clutha Bar. My condolences to those who have lost friends and family, and to those who are seriously injured. I am proud to live in such a place were people are so stoical in the face of tragedy.”

Retired firefighter Edward Waltham said he ran into the pub to help rescuers, and found one man covered in dust and apparently badly injured.

“My initial reaction for him from my experience was to try not to move him because he had been in a crush situation,” Waltham told BBC News. “But as we were lying there other people were literally being pulled out of the pub and more or less thrown on top of us.”

People formed a human chain to help pass unconscious people out of the pub so that “inch by inch, we could get the people out,” said Labour Party spokesman Jim Murphy, who was in the area when the helicopter came down.

“The helicopter was inside the pub. It’s a mess. I could only get a yard or two inside. I helped carry people out,” Murphy told Sky News. “I saw a pile of people clambering out of the pub in the dust. No smoke, no fire, just a huge amount of dust.”

The twin-engined Eurocopter is widely used by police and ambulance services.

In 2007, a Eurocopter EC135 T2 crashed in southern England. The pilot and his wife were unhurt, but the aircraft was badly damaged. Britain’s Air Accidents Investigation Branch said there had been a failure of the autotrim system which maintains the aircraft’s position. The agency recommended changes to correct the problem.