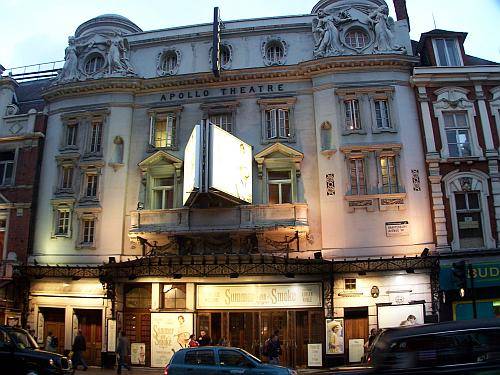 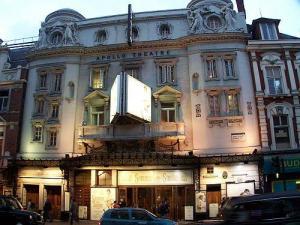 (LONDON – AP) — London police say there are “a number” of casualties following the apparent collapse of the Apollo Theatre’s roof.

Police said officers were called at around 2015 GMT (3:15 p.m. EST) to reports of a ceiling collapse at the Apollo Theatre on Shaftsbury Avenue in central London. It said police “are aware of a number of casualties,” but had no further details.

London’s fire department said eight engines are on the scene in the SoHo neighborhood.

The Apollo Theatre is currently showing “The Curious Incident Of The Dog In The Nighttime.”

Martin Bostock was in the audience with his family, and said “complete chaos” erupted in the theater.

“At first we thought it was part of the show,” he told Sky News. “Then I got hit on the head.”

Up to 65 people have been reported injured, five seriously, after the balcony collapsed in the middle of a performance at the central London theatre Thursday night. Eyewitness are reporting having heard “a crackling” sound just before it collapsed around 8:15 p.m.