Trombone Shorty & Orleans Avenue to Perform at the Grammys 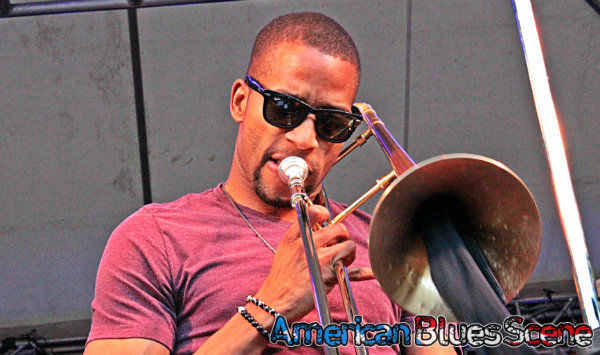 LOS ANGELES (AP) — Trombone Shorty & Orleans Avenue have been added to the star studded Grammy lineup of performers. They’ll be performing in a tribute to the late Phil Everly, who recently passed away.

A Friday news release from The Recording Academy included the announcement about the performance by Troy ‘Trombone Shorty’ Andrews and his band Orleans Avenue.

No stranger to the big stage, Andrews’ 2010 “Backatown” was nominated for a Grammy that year and he also performed at the White House in 2012.

And of course most of the rest of the show is, well, you know.  The 56th annual Grammy Awards hosted by LL Cool J will air live Sunday night from the Staples Center in Los Angeles.

Here’s a sample of Trombone Shorty recently playing on the Conan O’Brien Show.