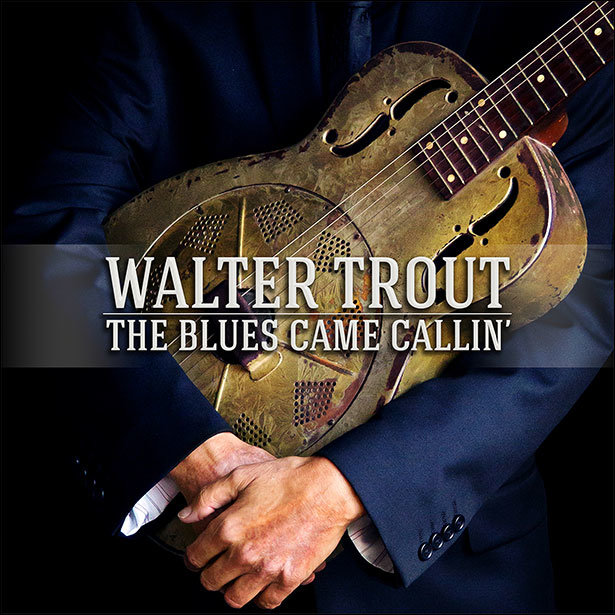 (LOS ANGELES, CA) — Last year, Walter Trout was struck with a life-threatening liver disease, and as a result lost one hundred pounds. Wife Marie Trout shares, “For five years, Walter, Provogue Records, and I have worked towards making Walter’s 25th year as a solo artist a special celebratory event. But the festivities will have to wait. Walter is urgently in need of a liver transplant. It has been heart-breaking for me to watch Walter struggle through these past many months… Yet through it all, Walter’s courage and determination continually amazed me. Even as he has become a shadow of his former self, after losing 100 pounds and much of his strength, he continued touring, writing, playing, singing and recording music. Playing for people offered Walter what it always has: It is therapy and a life-line for him when the Blues comes callin’. Thus the theme of this album is colored by his confrontation with mortality combined with a deep, all-abiding desire to persevere, and a good dose of typical Walter-esque life-affirming defiance!”

Provogue and Mascot Label Group’s Ed van Zijl offers, “When Walter re-joined Provogue in 2008 we talked about a plan leading up to the 25th Anniversary of his career as a solo artist which is this year, 2014… Instead of being out there on the road giving his usual all to his many fans night after night, Walter is fighting for his life and there is nothing to celebrate at the moment. This is so very, very sad and we are all praying for Walter to come out on top. The album will be released as planned, and Walter definitely wants this one to be heard. In the meantime our hearts are with Walter and his family.”

Provogue / Mascot Label Group will release Walter Trout’s The Blues Came Callin’ on June 10 in North America, as Walter Trout looks back at an almost 50-year commitment to playing and singing the blues. The album was recorded throughout 2013, and it’s songs reflect Walter’s thoughts about mortality and his renewed appreciation for being alive.

As he became physically weaker, Trout fought to continue touring, and found that playing for people was powerful medicine. Like the title of the new studio album, the blues came callin’ for Walter. It kept him fighting, and in the process, it made him more determined than ever. Walter is currently awaiting a liver transplant at UCLA Medical Center in Los Angeles. A fund raising initiative began last week to support Walter and his family. In days, blues fans contributed over $130,000 to help the acclaimed musician.

Trout offers, “To play my music for people has become even more important to me. When I think about looking out into the crowds of people and connecting with everyone on a soul level, and sharing the experience of music with them, this is what keeps me fighting to get back: My family and my music is my lifeline. These days, it means more to me than ever before.”

The Blues Came Callin’ features twelve new songs, ten of which are originals. One is written by John Mayall for the occasion, and the other is a J.B. Lenoir cover. Trout searches his soul on this album and lays it bare allowing the celebration of his career to be infused with new appreciation for life. His upcoming official biography is co-written with British music journalist, Henry Yates. The manuscript will be released simultaneously with the new album. Titled Rescued From Reality – The Life and Times of Walter Trout, the book features previously untold stories, and is packed with his amazing and unlikely story, woven through Canned Heat and John Mayall stints, drug abuse, hard work, and eventual widespread success, as well as rare photographs from the musician’s personal archive.