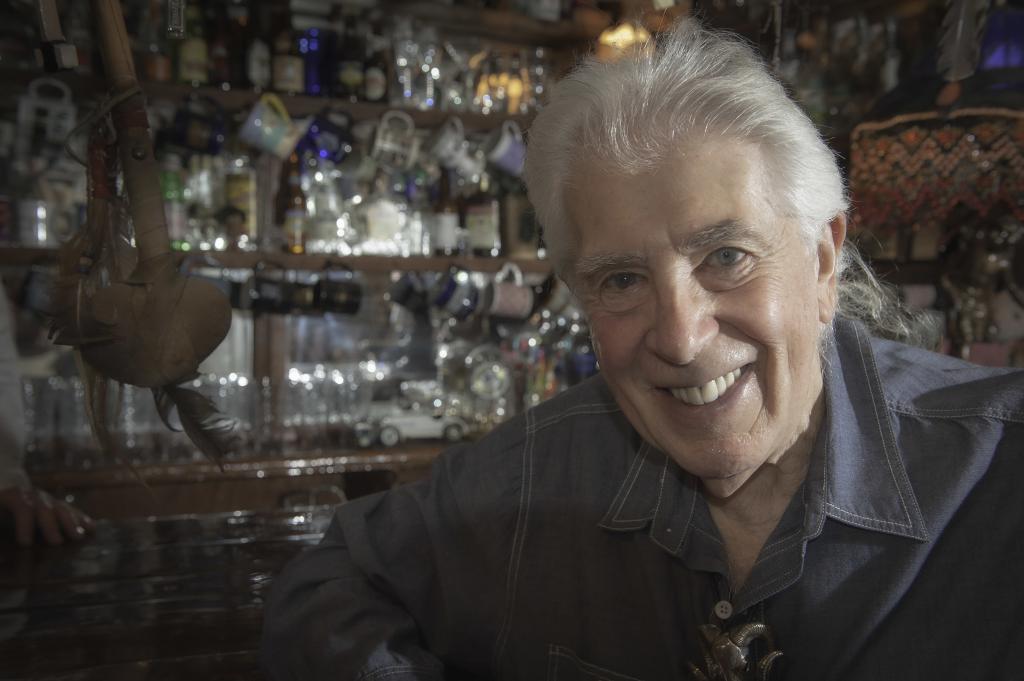 (LOS ANGELES, CA) – Forty Below Records has announced the signing of the legendary “Godfather of British Blues,” John Mayall, and a May 13 release date for his first studio album in five years, A Special Life, distributed by Sony/RED. The album was recorded in November, 2013, at Entourage Studios in North Hollywood and was produced by Mayall, with co-production, engineering and mixing by Eric Corne. A Special Life also boasts original cover art and design created by John Mayall.

The aptly-titled album serves as further testament to John Mayall’s boundless talent, vitality and ever-dynamic personality. Along with his accomplished band, he goes back to his roots on the new album with an eclectic mix of songs centered in the blues, but with diversions into rock and Americana.

Backing Mayall on the new album are Texas guitarist Rocky Athas, a Chicago-based rhythm section of Greg Rzab on bass and Jay Davenport on drums. The current band lineup came together five years ago for his last studio album, Tough, and has developed an amazing chemistry over the years through consistent touring both in the U.S. and around the world. Athas came on the recommendation of Mayall’s former guitarist Buddy Whittington, and quickly asserted himself as a major force in the band. After Rzab came onboard to play bass, he recommended Davenport for the drum spot and the group was complete.

Since 2009, the new, leaner four-piece lineup has given John more room to stretch out as an instrumentalist. After being invited to do a guest spot on Walter Trout’s latest album, John met engineer/producer Eric Corne. John was so impressed that he asked Eric to record his new album. Greg, Jay and Rocky flew in for the sessions which took less than a week to record and the end result is one of John’s best albums ever, with its deep devotion to blues and roots music. Accordion legend C.J. Chenier makes a powerhouse guest appearance on a couple of tracks, including the opener, “Why Did You Go Last Night,” written and previously recorded by his father, Zydeco icon Clifton Chenier. A Special Life also includes three new songs penned by John and a reworked Mayall classic to go along with covers of Jimmy Rogers (“That’s All Right”), Albert King (“Floodin’ in California”), Sonny Landreth (“Speak of the Devil”), Jimmy McCracklin (“I Just Got to Know”) and Eddie Taylor (“Big Town Playboy”), plus a new song written by Greg Rzab and Rocky Athas.

Mayall and his band are scheduled to start a major two-month tour of Europe in mid-February and will return to the U.S. to begin touring around the country with the album’s release, headlining major concert venues as well as performing at festivals throughout the spring and summer.