This Week in Blues Past: Freddie King, R.L Burnside, Club Ebony and more! 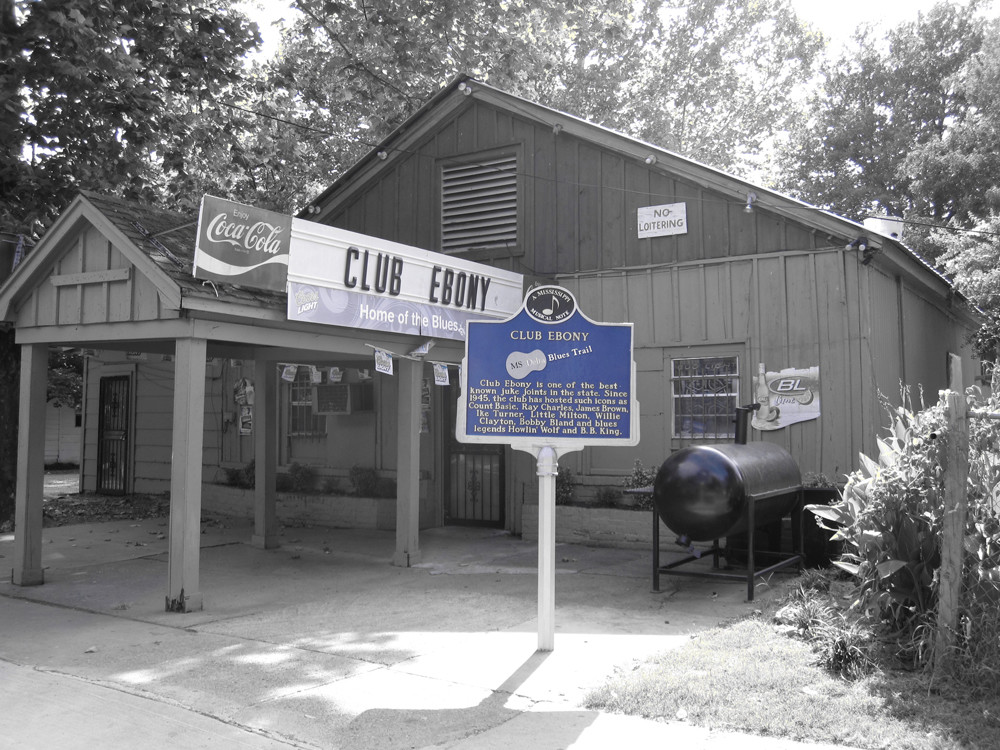 This Week in Blues Past has some big landmarks, with the loss of a Hill Country icon, the opening of a distinctly American hall of fame, the birth of a Texas blues giant a big bootleg recording, and much more! This is the top ten things that happened this week in the blues…

September 1st, 2004: Blues harmonicist, singer and songwriter Raful Neal died of cancer in his home town of Baton Rouge, Louisiana at the age of 68. Neal began playing harmonica at age 14 and shortly after was blowing harp in a band called The Clouds with Lazy Lester and later, Buddy Guy. Turning down an offer to come to Chicago from Little Walter, Neal stayed locally popular in Louisiana and broke out in 1987 with his cover of “Man, Watch Your Woman”. Nine of Neal’s eleven children are Blues artists themselves including Kenny Neal, who played on his father’s first album, Louisiana Legend; Raful Neal, Jr., guitarist for Bobby “Blue” Bland and Jackie Neal best known for her hit single “Right Thang, Wrong Man, The Way We Roll”. Neal was inducted into the Louisiana Blues Hall of Fame in 1995.

September 1st, 2005: Mississippi Hill Country and Delta Blues singer and guitarist, R. L. Burnside, died at St. Francis Hospital in Memphis, Tennessee at the age of 78. Born in Harmonton, Mississippi, Burnside was inspired to pick up a guitar after hearing John Lee Hooker’s “Boogie Chillen'”. He was also influenced by his cousin through marriage, Muddy Waters but learned most of his music from his neighbor, Mississippi Fred McDowell. His is a true Bluesman’s story. His father, two brothers and an uncle were all killed in Chicago in the course of one year. He did time for murder in the notorious Mississippi State Penitentiary known as Parchman Farm. He recorded with Junior Kimbrough for Fat Possum Records, toured with the Jon Spencer Blues Explosion, appeared in films such as Deep Blues, The Land Where the Blues Began and Big Bad Love and had his music remixed and re-released with artists including Kid Rock. Burnside was inducted into the Blues Hall of Fame earlier this year.

September 3rd, 1934: One of the “3 Kings” of electric Blues guitar, known as the Texas Cannonball, Freddie King was born in Gilmer, Texas. He began playing guitar at age six and moved with his family at age 15 to Chicago, Illinois where he immediately began sneaking into South Side clubs to hear Muddy Waters, Howlin’ Wolf, T-Bone Walker, Elmore James, and Sonny Boy Williamson. King went on to record for several labels and had a flurry of hits including “Hide Away”, “Sen-Sa-Shun” and “I’m Tore Down”. King died of acute pancreatitis at the age of 42 in Dallas, Texas. He has influenced a great many guitarists including Dickey Betts, Stevie Ray Vaughan, Eric Clapton, Peter Green and Jerry Garcia. He was inducted into Blues Hall of Fame in 1982 and the Rock and Roll Hall of Fame in 2012.

September 3rd, 1970: Alan “Blind Owl” Wilson died of a barbiturate overdose at the age of 27 in Los Angeles, California. An Arlington, Massachusetts native, Wilson was a singer, guitarist, harmonicist and songwriter influenced by early Blues greats such as Skip James, Robert Johnson, Charley Patton, Tommy Johnson and Bukka White. When Son House was “rediscovered” in 1964, it was Wilson who taught him how to play, again, the songs he recorded in the 30s and 40s. As a founding member of Canned Heat, he played the Monterey Pop Festival in 1967 and Woodstock in 1969. He also wrote most of the songs for the band and performed on the double album Hooker N Heat with John Lee Hooker, although the album was released after his death.

September 4th, 2008: The first Fender Stratocaster that Jimi Hendrix torched on stage at the Finsbury Astoria in London, England on March 31st, 1967 was sold at auction by Fame Bureau Auctions. Unlike the Strat he burned in Monterey later that year, this guitar was kept in one piece by his press officer, Tony Garland until his son found it after Garland’s death. The guitar sold to an American collector, Daniel Boucher for $497,500.

September 5th, 1906: Albert “Sunnyland Slim” Luandrew was born on a farm in Quitman County, near Vance, Mississippi. His stage name came from a song he had written about the Sunnyland train that ran between Memphis, Tennessee and St. Louis, Missouri. Slim was a Blues pianist who made his way to Chicago, Illinois in 1942 and played with Electric Blues artists Muddy Waters, Howlin’ Wolf, Robert Lockwood, Jr., and Little Walter. In a career that spanned 60+ years, Slim recorded on no fewer than fifteen different labels. He was inducted into the Blues Hall of Fame in 1991 and died from renal failure at the age of 88 in 1995.

September 5th, 1990: Blues Hall of Fame inductee and “King of the Blues”, B. B. King received a star in the 6700 block of Hollywood Boulevard on the legendary Hollywood Walk of Fame with approximately 200 fans in attendance. A film was recently in production detailing the friendship between King and musician/club owner Michael Zanetis that led up to the star being placed. In 2012, King sued the producers of “B. B. King and I” to halt production. The film’s working title has been changed to “The Thrill Is On”, however, production has not continued and no release date has been issued.

September 7th, 1993: Chicago Blues guitarist, Lefty Dizz died of esophageal cancer at the age of 58. He was born Walter Williams in Osceola, Arkansas and learned guitar while serving a 4 year hitch in the US Air Force. Unlike most left-handers, Dizz played a right-handed guitar upside down, thereby reversing the order of the strings. He was discharged in 1956 moving to Detroit and then Chicago where he learned more guitar techniques from Lacy Gibson and Earl Hooker. Dizz played with Junior Wells and Hound Dog Taylor before forming his own band, Shock Treatment. He went on to play the major clubs in Chicago, including Kingston Mines, B.L.U.E.S. and the Checkerboard Lounge where he was part of the 1981 event that had the Rolling Stones show up and jam with Muddy Waters.

September 7th, 2009: A Mississippi Blues Trail Marker was established in Indianola, Mississippi to commemorate Club Ebony, one of the most important African-American clubs in the South. Club Ebony was opened by John Jones around 1948 and over the years hosted act such as Ray Charles, Count Basie, Bobby “Blue” Bland, Little Milton, Albert King and Willie Clayton. After Jones’ death, the club passed ownership, eventually, to Ruby Edwards in 1958. B. B. King had met Ruby’s daughter Sue Carol Hall there in 1955 and married her. Willie and Mary Shepherd bought the club in 1978. When the Shepherds retired in 2008, the club was purchased by B. B. King who had returned to play there annually since 1980.