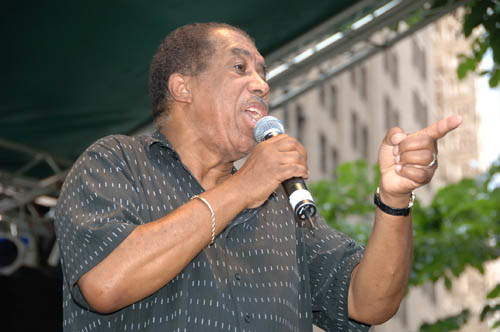 Soul icon Ben E King, best known for the classic song “Stand By Me”, has passed away at 76, according to his management. King started his career in the late 1950s with The Drifters, singing hits including “There Goes My Baby” and “Save The Last Dance For Me”.

After going solo, he earned a smash hit with “Stand By Me” in 1961. It returned to the charts again in 1986, including a three-week run at number one in the UK, following its use in the River Phoenix movie of the same name.

Fellow musician Gary US Bonds wrote “With an extremely heavy heart, I must say goodbye to one of the sweetest, gentlest and gifted souls that I have had the privilege of knowing and calling my friend for more than 50 years — Mr. Ben E. King,” he wrote. “Thank you Ben E. for your friendship and the wonderful legacy you leave behind.”