The Perfect Cure for Cabin Fever: Lancaster Roots and Blues, A Festival of Music 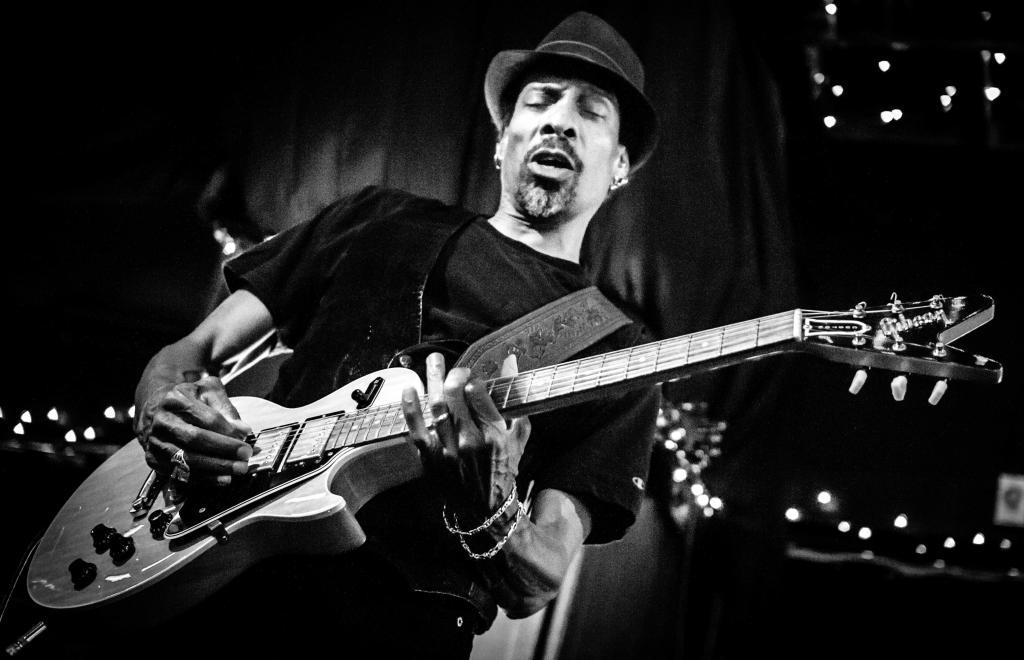 (LANCASTER, PA) — A relatively small city located in the middle of Pennsylvania Amish Country, Lancaster is within driving distance of Washington DC, Baltimore, Philadelphia, and New York. It’s a perfect location for a music festival. This February 26 – 28, 2016, like every February, Lancaster, Pennsylvania welcomes over 60 local and national artists for Lancaster Roots and Blues, A Festival of Music. There is music for everyone with 10 venues, great food, plenty of parking garages, lodging, and a huge variety of talented musicians all within walking distance.

In its third year, Lancaster Roots and Blues is bigger than ever! At last year’s festival there were 6,000 attendees. This year because of growth and an additional third day, the organizers expect 10,000 music fans. American Blues Scene sat down with founder Rich Ruoff and discussed the festival and his career promoting live music.

Joel Kinison: Let’s start off talking a little about you?

Rich: I am the founder and original owner of the Chameleon Club here in Lancaster, Pennsylvania. I opened Chameleon in 1985 when I was young and ran it for 17 years. Once I got married and had children I sold it, but it’s still in business and 30 years old this year. The Chameleon is one of the venues in the Lancaster Roots and Blues festival. The club is a live music venue. When I owned the club, I hosted about 3700 bands during that 17-year span.

Why are we having a festival in the month of February?

There’s a reason I choose February. Way back in February 1986, I started a blues festival on the weekend nearest to my birthday. I didn’t know how it would do in the first year. I liked the blues and understood it was a sliver of the popular music culture. I booked some bands for the one night blues festival and figured if no one shows up the (birthday) present is for me.  It turns out the blues festival was very well received. It filled up the club and it became one of my biggest weekends of the year. The festival grew from one day, two days, then three days and I did it the whole time I ran the club.

After I sold the club, I ended up missing the festival. I got to thinking about it and I saw all the new venues opening up in Lancaster. I thought… there’s some good energy in Lancaster right now. There’s a good art scene. We have 120 art galleries in town, and it was clearly a town trying for the better. Well I thought this could be a way to get back into the music business, which is something I love, but not something I have to do every night of the week. Just one weekend a year is about all I can handle. I wanted to utilize all the venues which are all close together within a few blocks.

What about the weather?

I thought back to when I had the festival and I didn’t remember having any snow. So I researched the Internet. Went back years and years and it turns out we never had snow over the last 30 years of the festival. In this area we have tough winters. January is always terrible. Usually the first two weeks of February are pretty nasty, but by the end of February the temperature goes up. People have cabin fever because they’ve been in their houses all winter so they are ready to get out. It gives them something good to do and they come out and have a blast. The thing about Lancaster is if we do have snow, it’s not a big deal. They built all these parking garages; every venue has a parking garage within a block. We can park 7000 cars downtown on the weekend. Fans are right in the middle of it. For those who don’t want to walk, we have a shuttle. Also, we have an advantage because we’re not competing with all the other festivals for artists.

I understand the festival has a charity partner?

A: Yes, we have Music for Everyone. Music for Everyone is a local non-profit and 10% of the merchandise sales go to this charity. They support music programs throughout the community, particularly in the schools. We think they have a great mission, and everyone is happy to donate their 10% to this worthy charity.

Most festivals have big headline acts. It appears you don’t have any big acts but just a lot of very talented acts. Is this intentional?

A: Very much so! There are so many good bands out there that don’t get good exposure. The depth of talent on the schedule is unbelievable. A major headliner could put an imbalance in the lineup. We do have bands that headline festivals this year. I just added The Wood Brothers and Morgan James. With Maceo Parker, Sam Baker, Tinsley Ellis, Selwyn Birchwood, Albert Cummings, Dana Fuchs and Lil’ Ed and The Blues Imperials, I would say we have a lot of headliners. In addition to our headline artists, the festival will still be known for featuring breaking artists.

Maceo Parker is probably the biggest name. He was with James brown and Prince. He travels with the best musicians. Then there’s Kate Davis. She’s young and she’s new, but already heading towards superstar status. We had a band called Lake Street Dive in the first year of the festival and of course now they have grown up to be huge and headline all the major festivals. That’s what we will be known for, breaking artists into the scene!

Did you learn things from fan feedback or mistakes in past festivals?

A: No! I’m pretty cocky! I think we do a really good job, which is why this thing has blown up so fast. We do a survey right after the festival. 87% of the people who completed the survey said they are definitely coming back. That’s an unbelievable return rate. People like it!

Q: Do you have something for everyone and different genres?

A: Absolutely! There are a lot of young bands out there, especially in the Americana scene that will appeal to the younger crowds. Most festivals have 2-3 stages at most. We have 10 stages, so there’s a lot going on and a lot to choose from. Important to me is the process of discovery of new music which is as fun as going to see your favorite artist.

With over thirty years of booking bands you’ve probably come across blues artist that have profoundly affected you in some way? Can you give us an example?

Blues music has always hit me personally. When I was about 12 years old my brother turned me on to James Cotton. Of course I booked him in the first year of the festival.

It gives me great pleasure to get people excited about music and to have fun with it. So really it’s a festival about fun. I try to set the bar very high. Even the regional and local bands are some of the best musicians in the market. If you don’t even know who’s there, just come, explore and have fun! If you don’t like what’s on one stage, walk over to another stage and you will find something you love.

A few weeks after Punxsutawney Phil wakes from his long winter sleep to look for his shadow, Lancaster Roots and Blues will be fine tuned for three days of what promises to be a great festival of music. With an average high temperature near 45 degrees in February, ten indoor stages within a block or two of each other, and a heated shuttle bus running between all venues every 20 minutes, this festival will be the perfect cure for cabin fever.