Breaking – The "Queen of Beale Street," Ruby Wilson Dead at 68 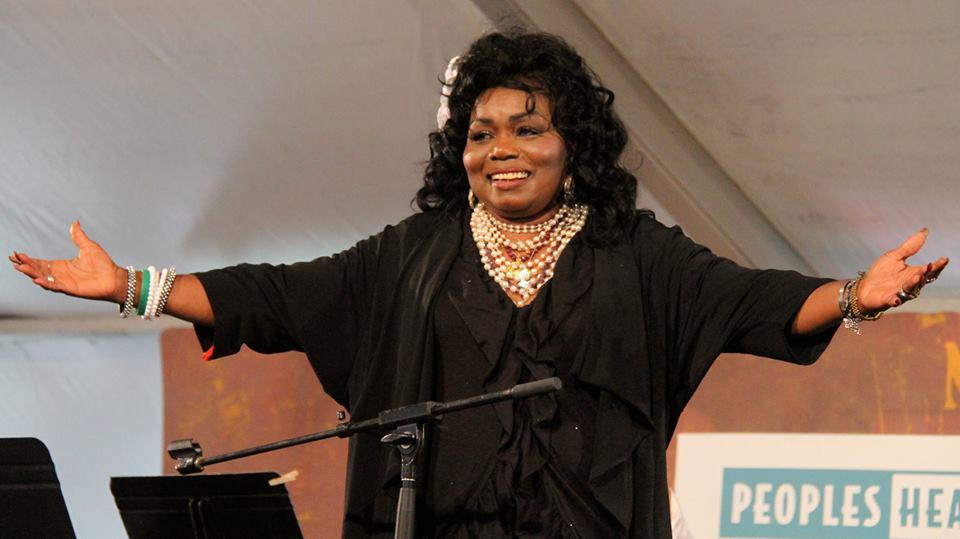 Memphis, Tennessee – The manager for blues, soul and gospel singer, Ruby Wilson, known as “The Queen of Beale Street,” says the performer died on Friday, August 12th. She was 68.

Wilson was born February 29th, 1948 in Fort Worth, Texas. Her singing career began at age 7, when she started in the choir of her family church. Her mother was a deeply religious woman, only allowing her 6 children to listen to gospel music. Her father, however, loved the blues, and was a “running buddy” of Freddie King. Young Ruby would listen to the blues with him, against her mother’s wishes.

At the age of 14, Wilson first met BB King. The two became very close with King even offering to be her godfather. A year later, gospel great, Shirley Caesar, heard Wilson singing in church and invited her on tour as a backup singer. The following year, she moved to Chicago where she became a church choir director, later moving back to Texas to begin a jazz career.

In 1972, she moved to Memphis, working as a kindergarten teacher and singing in the Beale Street clubs. She was a regular guest of artists including Isaac Hayes, Ray Charles, Al Green, and many others. When King opened his Memphis club, Wilson was given a weekly residency there.

She toured both nationally and internationally, garnishing her first recording contract with Malaco Records in 1976. For a time, she moved to Los Angeles, singing on the Sunset Strip and making her movie debut in the 1985 film, Marie, which starred Sissy Spacek and Morgan Freeman. In all, Wilson appeared in 10 major films, her favorite role being that of “Mayella” in Black Snake Moan, with Samuel L. Jackson.

Wilson suffered a stroke in 2009, and was unable to speak or sing for 4 months. After a long recovery period and much therapy, she returned to performing and acting only to find that the lawyer, whom she had trusted to pay her bills, had not done so. She lost her home, and to this day, the lawyer has not been found.

Wilson was the winner of the Memphis Sound Award for Best Entertainer in 2006, was inducted into the Black Business Directory’s African-American Hall of Fame in 2010, and received the W.C. Handy Heritage Awards Lifetime Achievement Award in 2013.

The musical world of blues, gospel and jazz all mourn her passing. “She was an extraordinary ambassador for Memphis, and soul, and R&B and gospel,” Riggs said. “She had an exceptional stage presence that made you fall in love with her, no matter what style she was singing.”