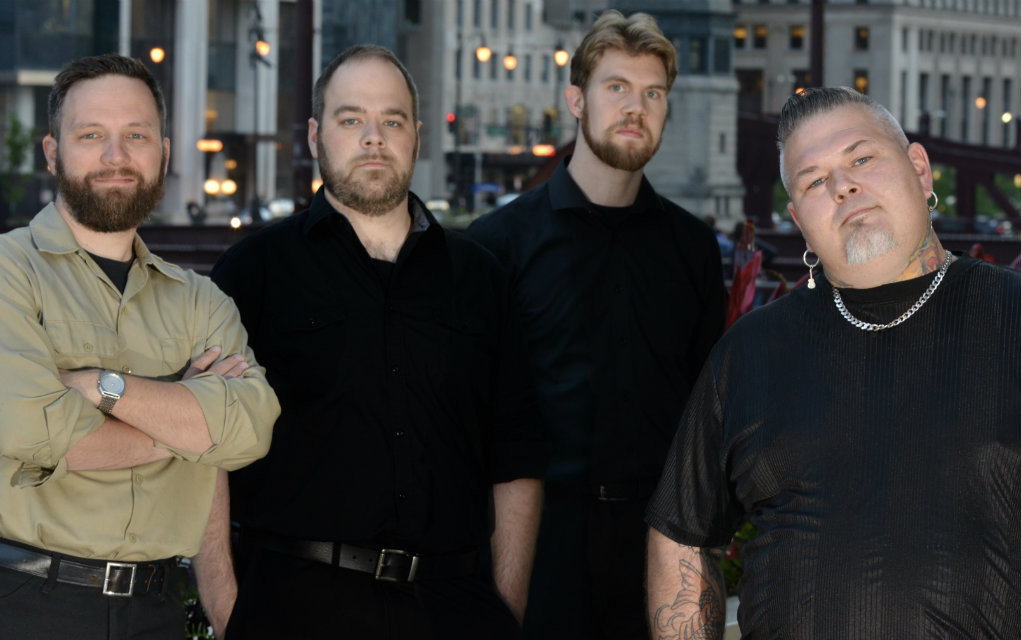 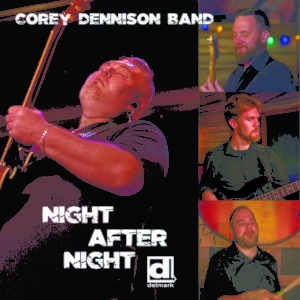 Although Corey Dennison is considered a young gun in the blues world, he’s far from an amateur. Hailing from Chattanooga, Tennessee, he got his first guitar at the age of six. Weaned on a combination of blues and soul, Dennison spent a dozen years as a sideman for Carl Weathersby. In 2013, he struck out on his own, forming the Corey Dennison Band, and setting Chicago on its collective ear. They’ve been nominated at the BMAs for Best Emerging Artist Album, and won Best Blues Album at the 2016 Le Prix Blues Awards in France.

Night After Night begins with “Hear My Plea.” The haunting musical backdrop is punctuated with Dennison’s passionate vocals. The guitar solos have a sad, jazzy feeling to them. With many albums kicking off with an upbeat, party tune, it’s both surprising and refreshing to hear such a supplicate song lead things off.

The party begins on track two, “Misti.” Dennison’s guitar leads this one off, and his voice, both powerful, and soulful, lends credence to his years on the road with some of the very best. “I Get the Shivers” kicks the celebration into high gear. “Look man, there she go…there she go!” We’ve all had that feeling. When someone just so “gosh-darned fine” walks by and the goosebumps rise up. It’s a Chicago house-rocker with a pinch of surf guitar that had us wanting to start a stroll line.

“Better Man,” begins with a baby gurgling, followed by Hundt’s harmonica and a spoken narrative from Dennison. This one is chock full of soul, and the band pulls it off wonderfully, sans a huge horn section that would have been present on other’s similar recordings. Amazing what a four piece group can accomplish.

Things get a little funky with “Phone Keeps Ringing,” and then “Nothing’s Too Good (For My Baby)” kicks in with a classic Motown sound. The difference, again, is that this is a compact four piece group pulling out all the stops. Whereas Gordy and company would have used a bevy of horns, strings, and background vocals, Dennison’s group really employs the keep it simple principle and rewards us with the same sound.

The first cover song on the album, “Love Ain’t Fair,” hit us on the seventh track. This is one Dennison is intimately familiar with, as he surely played it with Weathersby dozens if not hundreds of times. His voice takes on more of a tortured growl, as this slow burner awkwardly grinds to a halt. “Are You Serious,” is another soulful cover, with the early chimes reminding us of the great R&B summer songs of the 70s.

Just when we thought we’d found the groove of Night After Night, Dennison kicks out some talking blues with “Nightcreeper 2 (Still Creepin’)” but with a funky beat. The song is a sequel to “Nightcreeper,” by Kilborn Alley. The album, The Tolono Tapes, on which the original is found, had Dennison and Hundt teaming with a galaxy of other guest artists including Henry Gray, Bob Corritore, Jackie Scott, Monster Mike Welch, Anthony Gerraci, and Ronnie Shellist. Since Dennison and Hundt wrote the first one, it’s only right that they include the follow-up here. To our ears, it’s even better than the original. Great story-telling combined with magnificent music, it’s our choice for favorite track. “Just when you thought it was safe.”

More excellent covers include the Cate Brothers hit, “Stuck in Chicago,” the rare “Troubles of the World,” and an outstanding version of Jimmy Reed’s “Down in Virginia,” which ends Night After Night. The vocal harmonies on “Down in Virginia,” really stand out, making it the perfect closer.

If you like Chicago blues, if you like the sound of classic soul, you’re gonna love them both on this album. The Corey Dennison Band can switch hit from genre to genre or combine them with equal ease, sprinkling a dash of Tennessee twang all over the top. Their eponymous debut release put the band on everyone’s must-hear list. Night After Night puts them through the roof!