A Trip Through Shadowland with Glenn Alexander 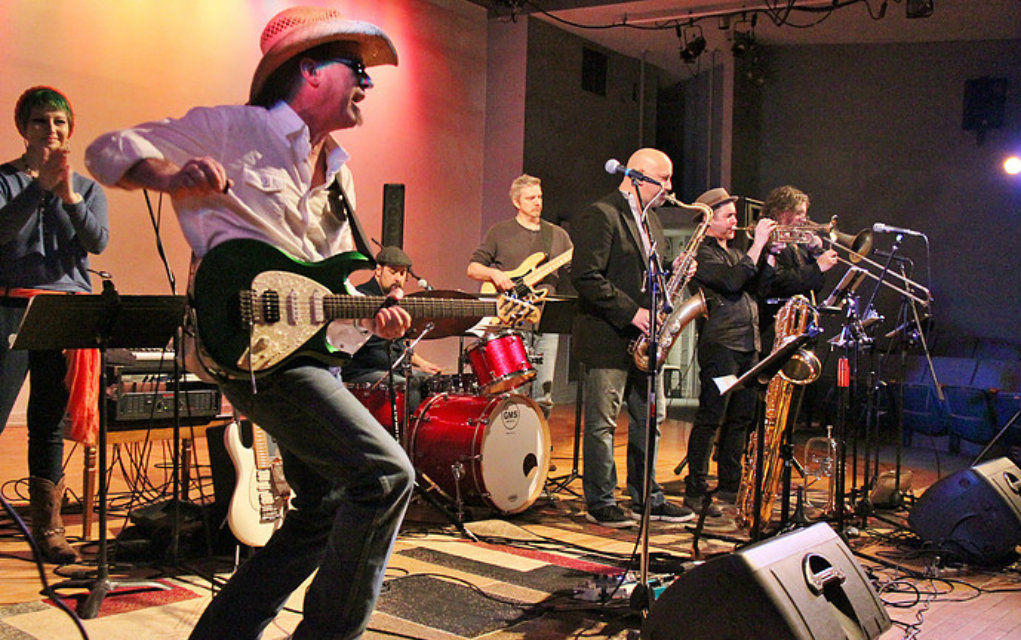 Shadowland can conjure some eerie images. The word evokes dark, obscure phantoms in the places they live, just outside our reality. Shadowland was the name of the Wichita, Kansas roadhouse where owner/entertainer Gage Brewer first debuted the electric guitar in 1932. Shadowland is also the name of the band fronted by Kansas born guitar slinger, Glenn Alexander. 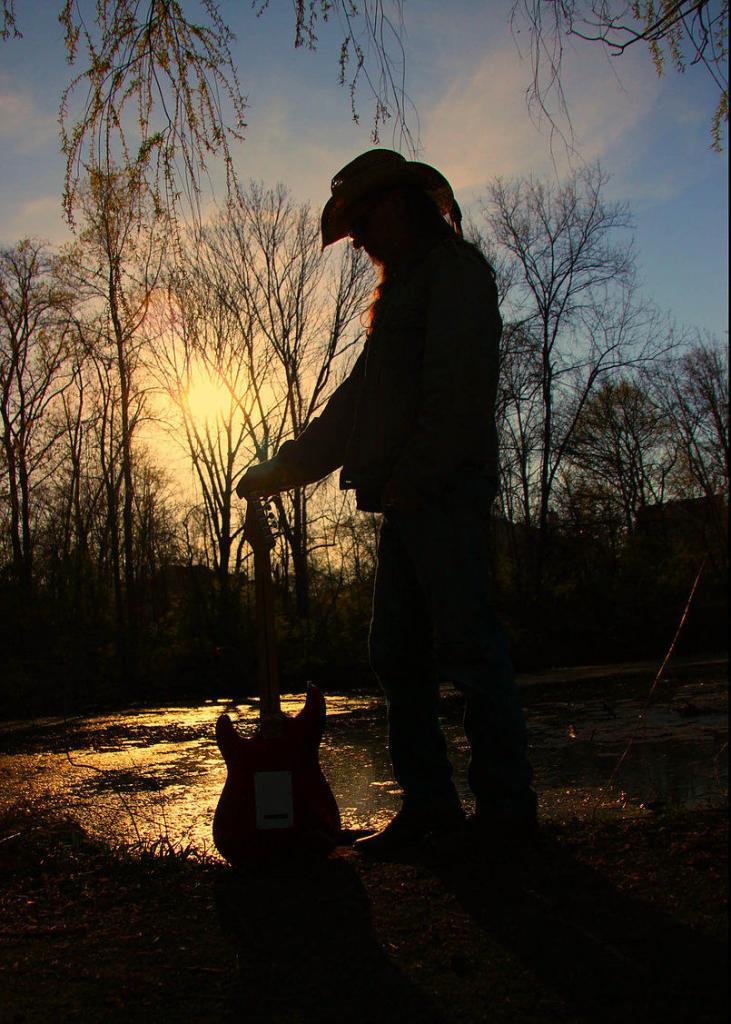 Alexander himself is a bit of a shadowy phantom. Raised on Southern Rock and Midwest Blues, he’s studied jazz and progressive rock, and plays the six-string like a feral beast. If his name is unfamiliar, shame on you. Alexander has been the lead guitarist for Southside Johnny and the Asbury Jukes for nearly a decade. When not gigging with Southside, Glenn and Shadowland tour the world bringing their “guitar-driven, horn-laced, in-your-face, soulful, blues-drenched music” to the masses.

“Growing up outside of Wichita, I was studying jazz and I was playing jazz, but I was also in these bands that would work five or six nights a week,” Alexander shared with us. “One of them was called Grits, and we were doing blues and Southern rock and some funky shit. I had quite a few years of playing that kind of music.”

Glenn kept playing jazz as well, releasing several records after moving to New Jersey to be closer to the heart of the jazz music world. He quit the jazz scene altogether after a deal with a management company went, in his words, “way, way South.” Not being able to record jazz due to complications with the aforementioned management company, and in a deep funk, Alexander began to reflect on what made him want to start playing guitar in the first place.

“It was the Allman Brothers,” Glenn says. “It was Lynyrd Skynyrd and all that kind of stuff. Plus all those bands I played in back in Kansas. I started writing and playing that music again, easily 25 years ago. I’ve been playing that type of music ever since and finally made my way to recording again.”

Shadowland, the eponymous debut album from Glenn Alexander & Shadowland was released in the summer of 2016. A mix of original compositions and hard-driving covers comes across to our ears as electrified honky-tonk. “That’s it exactly,” Alexander emphatically stated. “It’s the stuff I remember playing back in the day with Mike Finnigan and all those blues-rock cats. They definitely had a deep connection to the blues, Southern music and soul stuff.”

Shadowland (the band) is made up of other Asbury Jukes vets, including drummer Tom Seguso, and the New York horns made up of Chris Anderson, John Isley, and Neal Pawley. Greg Novick handles the bass, Jeff Kazee plays B3 on a couple of tunes. Southside Johnny Lyon himself blows harp on one, and Alexander is joined on vocals by his daughter Oria. Being proficient on saxophone and piano as well as guitar, Alexander in the role of band leader not only hand-picked these friends as fellow artists on the album, but leads them through the music he creates.

One of the covers that struck us like a lightning bolt was “Big Boss Man.” It’s done in a way that we had never before heard, and would, we’re sure instigate Jimmy Reed to jump up and boogie. “I have to tell you,” Glenn shared. “I have a distant memory of playing back in the day with Drake Macy, Finnigan, and all those cats. We played it the way you hear it on the album. I know it’s a country blues tune, and of course I know the original version, but we always did it kind of funky. I loved it then, and it kind of laid dormant for 30 some years, but I love that version. I figure Jimmy Reed is either jumping up and boogieing or shaking head going ‘man, what are you doing?’.”

We like to think it’s the former. It was folks like Reed who would be the first to tell young players to take the music past where they found it. When you hear a song a certain way, you can either copy it, or make it your own. “There are just hundreds of covers of that song,” Alexander agrees. “Everybody from the Grateful Dead to Elvis Presley did it in that country blues way. I like the fact that the way we did it is totally different.”

Among some of the more stellar originals on Shadowland are “Get Up,” and “Common Ground.” “That tune ‘Common Ground,’ I wrote that because of the Oklahoma City bombings,” Glenn shared. “We thought that was as crazy as it could get then with bombings and terrorist acts. That song could not be more applicable than it is today. Every politician out there uses that phase, ‘we’ve got to find some common ground’. I wrote that song 25 years ago and thought to myself, ‘shit, somebody ought to pick that up’.” 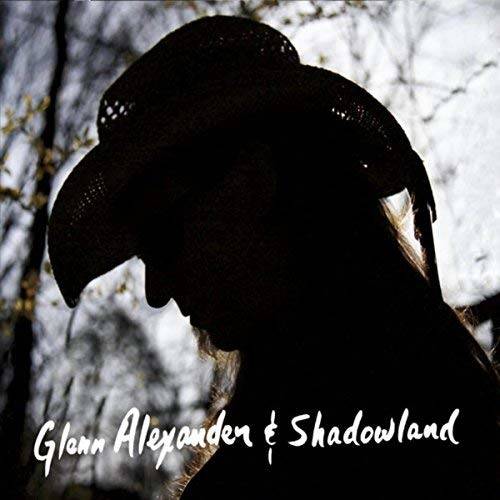 What’s next for Glenn Alexander and Shadowland? Glenn tipped us off that there is a new project in the works. “The new album is pretty much done,” Alexander confided. “We’re just in the stages of mixing it. We’re hoping to have that out around the beginning of March. It’s called Knockin’ on the Door. There’s a song on there that says, ‘I keep knockin’ on the door, but you won’t let me in’. I think it’s indicative of so many things, but certainly the music business at this point. Back in the day, the record company would pay for everything. They paid you to make the record, they promoted it, everything. It’s a different game now.”

Shadowland (the album) has flavors of Memphis, Chicago, Jersey City, and yes Wichita all in the mix. It’s blues rock, but then again not. It’s Southern rock, but then again more. It’s rock and roll, slathered in funky soul with a machine-gun guitar at its forefront. It’s Glenn Alexander and company at their very best, and it absolutely should be in your collection.

Southside Johnny and the Asbury Jukes kick off their winter tour tonight at the Flying Monkey in Plymouth, New Hampshire.