Walker, Katz and Robson Take Us On Journeys to the Heart of the Blues 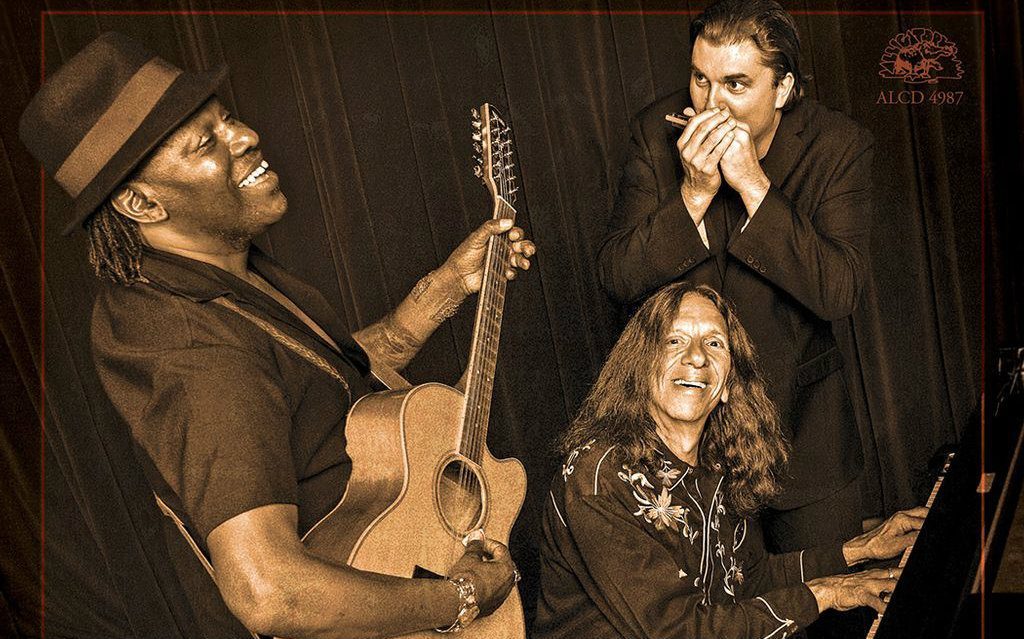 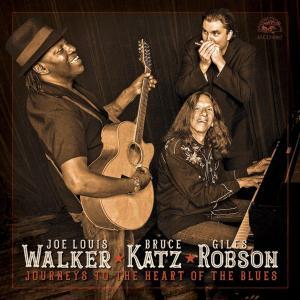 Chefs will test the skills of other chefs using omelets. The idea is that if someone can make a great omelet, those skills will translate to other aspects of cooking. Conversely, if someone can’t make a simple omelet, his/her other dishes probably won’t be great. It makes sense; just because something is simple doesn’t make it easy. On Journeys to the Heart of the Blues, Joe Louis Walker, Bruce Katz, and Giles Robson have created the omelet test for the blues. The three bluesmen take on classic songs with nothing but voice, guitar, piano, and harmonica proving that the only ingredients needed for a great blues album are the right songs well-executed by the right musicians.

Journeys came about when Robson, a harmonica player, decided he wanted to cut an acoustic blues album. He invited Walker to sing and play guitar and Walker suggested pianist Katz. The trio rehearsed for three days and recorded, mixed, and mastered the album in five days. The resulting release via Alligator Records, 11 covers and one instrumental original, is defined by many things. An amazing live energy. A classic blues sound. But most of all, a near psychic connection between the performers, with everyone definitively claiming and owning their sonic space while also leaving room for the others.

The album is anchored by Katz’s piano and Walker’s voice. Both sound like they came straight out of classic 50s blues tracks. Robson’s harmonica runs over, across, and through the tracks, never sounding shrill but always doing something different. The propulsion and explosiveness of the tracks is amazing enough, but then, when factoring in the lack of drums to push the tracks, it becomes even more impressive.

Journeys has lots of high points. “You Got to Run Me Down,” a Washboard Sam track, is one of the more beautiful throwback tracks, achieving a charmingly muddy sound that does not impact your ability to enjoy Katz’s wild piano and Walker’s razor-sharp guitar.

“Murderer’s Home,” a Blind Wille McTell song, is similarly raw, with Katz and Robson working the same precarious riff while Walker’s voice blankets the song like a fog. There’s very little in the song to betray it was recorded this year and not decades ago.

If there’s one knock on the album, it’s that some of the tracks run a little long. Given the compressed rehearsal and recording schedule, it makes sense that the tracks might lose a certain tightness. But it’s a minor criticism of a beautiful album that makes you feel like you’re sitting in someone’s living room, listening to some friends take on some beloved blues songs.

The energy and camaraderie might remind some of Elvin Bishop’s Big Fun Trio’s Something Smells Funky ‘Round Here, from earlier this year. Both albums are rooted in friendship and respect, but Walker, Robson, and Katz also do an incredible job perfectly re-creating a classic blues sound. They’ve crafted the perfect omelet for your ears.

Title: Journeys to the Heart of the Blues