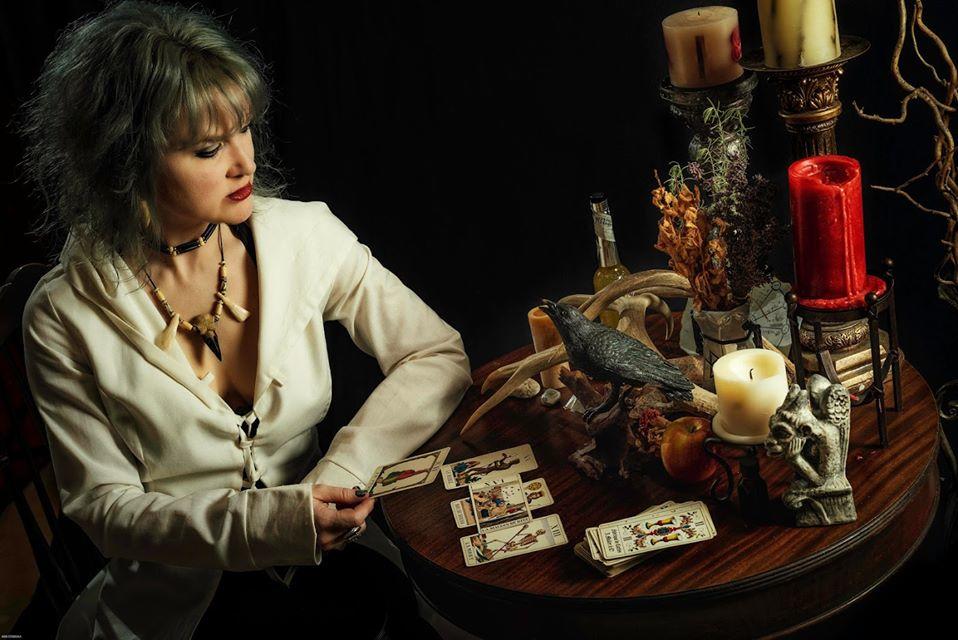 We’ve come to love Portland’s Lisa Mann through her mastery of the six-string bass and rich vocal performances as displayed on her enviable catalogue of award-winning blues recordings. But it was her love of heavy metal that propelled Lisa to where she is today. She is excited to introduce blues fans to her metal roots with the release next month of her inaugural White Crone project, The Poisoner. (Have no fear, blues fans – Lisa’s next blues record will be out in the spring!) 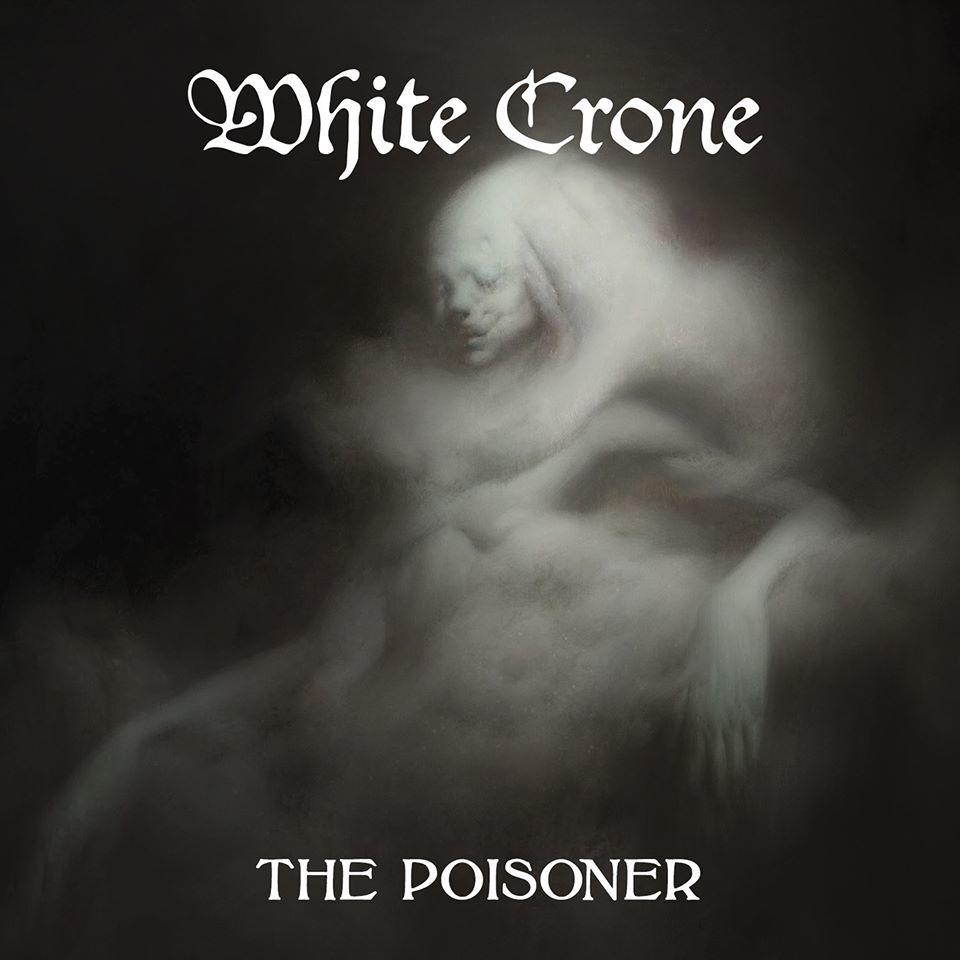 As a self-described teenage misfit, Lisa learned to play bass by immersion into the life-saving escapism of metal music and culture. What she didn’t realize at the time was that playing along with Led Zeppelin and Black Sabbath records was also introducing her to the blues scales and bass lines that would earn her Blues Music Awards for bass instrumentalist in 2015 and 2016.

In fact, Lisa has been giving her blues listeners hints of her metal passion for years: “Till the Wheels Come Off” and “Kings of Black Gold” from Satisfied; the title song from Hard Times, Bad Decisions; and “This Bitch” from Move On all contain musical elements common in metal. If you were paying attention to the liner notes on Hard Times, Bad Decisions, you’d have noticed that Vinny Appice (Dio, Black Sabbath) contributed the drum performance on “Judge a Man Forever.” As with so many forms of musical expression, there are not boundaries between genres so much as there are fusions and common influences.

During our lengthy interview, Lisa deftly explained all of this plus provided enlightenment on The Devil’s Tritone: the dissonant interval common in both metal and blues music.

I never thought of metal music as escapism.

I didn’t know that about your teenage years. Was there a reason they picked on you?

I was just a weirdo. I didn’t fit in. I was pretty smart and nerdy in some ways, but I was also a rocker, and I dressed weird. I had a hard time making friends. I always made friends with other misfits. I went to a lot of heavy metal concerts, I mean a couple times a week. That’s what I did with my allowance. I went to mosh pits; I grew up there. I was in a band called “Dead Conspiracy.” I was 16 years old, and we played four shows at a dive club called The Satyricon here in Portland, Oregon.

I remember you telling me before that you had metal roots.

It’s how I learned to play the bass. I was playing along with Deep Purple, Led Zeppelin, and Black Sabbath records. These are all English bands that were very much influenced by the blues. I had no idea I was learning blues scales and blues bass lines; I was rocking out to Led Zeppelin.

They are today what would be called “proto metal.” Black Sabbath is considered the first heavy metal band; even they were very bluesy; they would swing – really groovy stuff. Black Sabbath would play this note on the scale called “the tritone.”

I watched an educational video about the tritone. He was talking about how it’s used in police sirens. The dissonance gets your attention.

Yes, because it’s unsettling. It literally creates a physical sense of alarm. It was frowned upon by classical music in the past. It’s basically the perfect fifth a half step down. You can really hear that in Black Sabbath’s song titled “Black Sabbath.” They hammer on the note. In blues music, it’s called “the blue note” and is a passing note – it’s a note you visit but you don’t stay there. In heavy metal it’s become exalted. It’s really the heart of heavy metal music, that Devil’s Tritone. It makes me think of Robert Johnson at Highway 49 and 61. There really is a direct line between blues and heavy metal. John Kay, the singer from Steppenwolf, patterned himself after Howlin’ Wolf. That’s where he got that guttural growl.

Another interesting thing is that the tritone splits the octave in half between the root note and the octave. But for some reason it’s really jarring to the ear. Early heavy metal was still very blues based, so you hear bands like Deep Purple, Blue Cheer, and Black Sabbath; even bands like Saxon – they had a boogie woogie feel to a lot of their music.

I was just listening to some of the songs from The Poisoner. I really like “Broken.”

A lot of women do. I’ve been asking people what they like, and you’re the third woman to listen to it who say they liked it.

Why do you think it is that a lot of women like “Broken?”

It’s got that belly-dancing feel to it. It’s not a harsh song musically, but if you listen to the lyrics, it’s a very dark song, especially for women. It’s about how women participate in their own oppression in cultures around the world and throughout history. The lyrics are pretty heavy.

Right, “In order to be received you must be broken.”

The first verse is about foot binding, a horrific practice which has finally been banned. The second is about genital mutilation which is finally being banned around the world. The third is about a devout Christian mother who believes her child is better seen than heard so she’s beats her with a spoon or a belt perhaps. The Good Book says spare the rod, so there is this religious justification which has been visited especially on young girls that females must be subservient. “I’m your mom and will help you fit in with society by breaking you.” It’s probably going to be the most controversial song lyrically.

The songs on the record are mythical tales about ancient goddesses, ancient curses, stuff like that. One song is about a real ancient Mayan king – they called him “18 Rabbit” – who was a patron of the arts. Because of that there are these intricate stone carvings that have been left to the rest of the world.

I wondered about “The Poisoner,” if that was about our current fearless leader.

Actually it’s not. There’s nothing really political in this release except perhaps the social commentary of “Broken” as well as “The Edge of Gone” which is from the perspective of a mentally ill homeless woman and how she’s been left behind by society. Those are the only two songs that have any real relevance to today’s world. Here’s the thing I love about especially early heavy metal. It’s like ‘Lord of the Rings,’ and those old Boris Karloff movies. They’re telling mystical tales about an ancient titan. “The Poisoner” is about this character that has existed for centuries. He poisons people who mistreat their underlings.

I’ve also got a song about an ancient curse of zombies, “Under Hag Stones.” Hag stones are another name for stones that have holes in them. Have you ever seen those river stones that have holes bored through them? Ancient cultures thought those stones had mystical significance, and they still do in some parts of the world. They believe those stones can ward off evil. They will string them up and hang them over their doors to ward off evil. I came up with this idea, what if graves of these cursed people were covered with hag stones to keep them from coming back from the grave? Modern man disturbs the graves and out they come. (laughing) It’s schlocky, it’s fun, it’s story telling, it’s horror movies, it’s fantasy books, it’s ‘Dungeons and Dragons.’ Iron Maiden had songs like that, Judas Priest had all these songs about these characters. I love that stuff.

When you’re going to sing something, is music music, or is there a different kind of technique you use with metal?

Good question! I think people will be confused by my voice and wonder, “What is her natural voice?” When I sing the blues, it sounds totally different than when I sing metal. When I was growing up, I sang along with my heavy metal records; most were British like Iron Maiden. I would almost sing as if I were a British musician. That still comes back when I’m singing metal. I’m from West Virginia, and I’ve still got a little south in my mouth. So when I’m singing blues, I’m relaxed and that southern comes out. When I sing heavy metal, it’s more disciplined.

Vinny Appice plays drums on “Under Hag Stones.” How did you get Vinny Appice interested in your project?

I’d asked him to play on a blues tune from ‘Hard Times, Bad Decisions.’ “Under Hag Stones” is one of those chain gang type of grooves, and it’s really slow. I thought, I could really hear Vinny Appice who was like my favorite drummer when I was 14. He played with Ronnie James Dio and Black Sabbath.

Where did the name “White Crone” come from?

I’m old and I’m pale and the name wasn’t taken. Every cool heavy metal band name has pretty much been taken. If you go through any book of ancient Norse gods or any medical textbook, all the cool sounding names are taken. The White Crone is like a character. You know Kiss, they were characters; King Diamond from Mercyful Fate is a character; Alice Cooper is a character. The White Crone is like the village wise woman telling these tales; she’s the one telling the stories. She’s the mystic, the fortune teller, the prognosticator. She’s not evil – she’s warning you a lot of times about evil.

Why do this project now?

I vote in the Grammy awards and, a few years ago, I was listening to the metal bands nominated. I heard a band called “Ghost” from Sweden. I heard one song, “Cirice,” and it was so cool, and I loved it so much because it reminded me of the heavy metal I grew up with. A lot of heavy metal today is very cookie cutter and all sounds the same to me. Ghost was so creative and different, and I started listening to more of their music.

It occurred to me, I can play whatever kind of music I want. I can be as creative in any direction as I want to be. I have the freedom to do that as an artist. All of a sudden, all these songs started popping up in my head. They would wake me up in the middle of the night. Musical ideas would come to me when I was sleeping, in the shower, taking a walk. I had to record them on my phone so I wouldn’t forget them. I told my husband about this, and he set me up with Samplitude, a recording and editing program. I bought the seven-string Schecter guitar, an electric drum kit, and I started tracking. To me this whole project was just for fun. I had no idea it was going to turn into a full-length album that I think other people
are going to want to hear. I had no idea it was going to turn out as well as I objectively think it did. That’s why I decided to release it, really release it – iTunes, Amazon, Bandcamp. It will be available on all those formats.