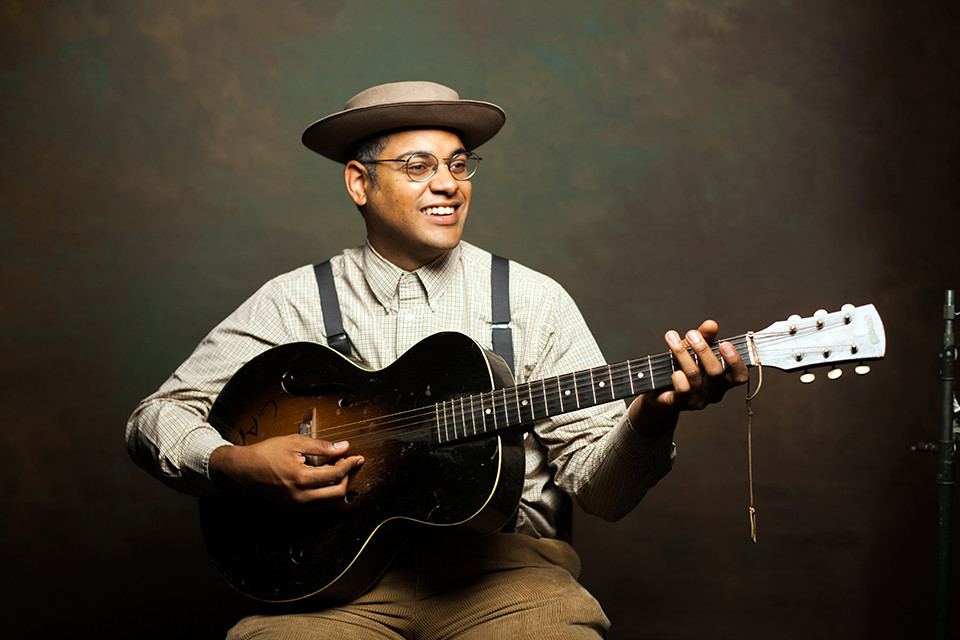 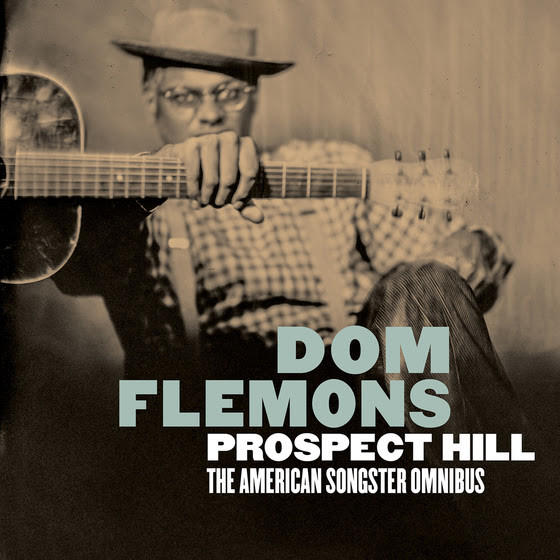 A co-founder of the Grammy®-winning Carolina Chocolate Drops, he was a member of the group from their inception in 2005 through 2013. As a solo artist beginning in 2014, Flemons has performed at prestigious venues all around the world including Carnegie Hall, the Kennedy Center, the Grand Ole Opry, Philadelphia Folk Festival, Newport Folk Festival, opening ceremony at the National Museum of African American History and Culture, and Cecil Sharp House, and served as a U.S. representative at the Rainforest World Music Festival in Kuching, Malaysia.

His third solo album, Prospect Hill, was released in 2014 after Flemons spent many years learning and playing with tradition bearers such as Marty Stuart, Taj Mahal, Guy Davis, Mike Seeger, and James “Boot” Hanks, among many others. After spending decades listening to a variety of vinyl records, 78s and CDs, Flemons took these musical influences and transformed them into an album that redefines “The American Songster.” In 2020, this seminal release returns in an amazing expanded edition.

Prospect Hill: The American Songster Omnibus, due out February 28, 2020,  is a two-CD and Digital collection containing a three-part journey: the original Prospect Hill album; the 2015 Record Store Day nine-track EP What Got Over (originally vinyl only, now making its first appearance on CD/Digital); and a third section, The Drum Major Instinct, a set of 12 previously unissued instrumental tracks that focus on moods, rhythm experimentations, and “the beats.” The two albums serve as a comprehensive overview of Flemons’ repertoire, which spans over 100 years and bridges the gaps among blues, country, jazz, bluegrass, folk, and hip-hop beats. Flemons has recorded original songs and instrumental tracks that paint a mosaic of American music ranging from the songsters of the 1920s to the present.

Of this World Premiere track, Flemons told us:

I wrote ‘Til The Seas Run Dry’ in the style of the early jazz revival groups of the 1940’s, 50’s and 60’s. The records of New Orleans jazz musicians like Billie and DeDe Pierce, Sweet Emma, Danny Barker, Percy and Willie Humphrey and Creole George Guesnon turned me onto the folk roots of jazz. These recordings were partially created as a response to the development of Bebop jazz, which made a conscious effort to move away from the older dance styles that define New Orleans jazz, big band, and swing.

I began to research the folk roots of jazz after listening to the field recordings of folklorist Samuel Charters and the Library of Congress recordings of songster Jelly Roll Morton. Morton defined jazz not so much as a definitive repertoire but a style that one could place upon any material written or otherwise. This means that a musician could ‘jazz’ up a song by adding extra elements to a tune which inherently gives it more character or flavor.

‘Til The Seas Run Dry’ is a song that embodies the classic ‘head and hum’ arrangements that placed jazz on the world stage. In writing the lyrics, I’m reminded of my early years in college when I used to go to the local coffee shops and listen to the jazz studies graduate students jam on the Bebop songbook.  This fueled my own desire to get deep into the sounds of Charles Mingus, Art Blakey, Teddy Wilson, Dave Brubeck, and an album by the Herb Hall Quartet album called ‘Old Tyme Modern’.

This version of ‘Til The Seas Run Dry’ also features a black string band ensemble which includes myself playing Big Head Joe the Giant six-string banjo and Mike Seeger’s Gibson six-string banjo, Ben Hunter on the Fiddle, and Guy Davis on Harmonica. In a special bonus episode of American Songster Radio, I talk about the musicianship and playing styles that create this exuberant recording. The Bands That Shaped ‘Til The Seas Run Dry’: