Conceived in 1989, the couple set out to create a camp where musicians could gather and completely surround themselves with music. The ranch originally started with the kitchen, workshop building, library, 17 cabins and a bathhouse. Over the years, it has expanded to the Fur Peace Station Theater, the Company Store, the Psylodelic Gallery and their new restaurant, Pho Peace Restaurant. The Station Concert Hall, with seating for 200 music lovers, plays host to some of the worlds finest musician in a very intimate setting every Saturday night during camp weekends and throughout the year. The fact that world-famous musicians perform here speaks to the reputation of Fur Peace.

We got to speak to Vanessa and Jorma about the ranch, what all they offer, and how they’re coping with the current Covid-19 outbreak.

With the classes, the cabins, the restaurant, theater, gallery, and more now on their 129 acres,  we wondered if the Kaukonens had a plan like this all along.

“Speaking for myself, and of course Vanessa always speaks for herself,” Jorma began.

“I speak for you too,” Vanessa interjected.

(I could already tell this was going to be a fun interview.)

“There’s no way we could have predicted living in a rural county with less than 20,000 people that all this would have happened,” Jorma continued.

“It’s really a Field of Dreams kind of place,” Vanessa added. “We offered something that people didn’t know they needed. We’re a luxury business. You don’t need us, you want us. But if you talk to the thousands of students we have, (Fur Peace Ranch has a 97% return rate) they’ll tell you, ‘no, we need this’. It’s not a fantasy camp. What we do is honest to God instruction plus a wonderful chef and amazing kitchen staff. We really are a destination spot.”

“In a perfect world, we’re open from March until November,” Jorma told us. “With classes more or less every other weekend, we’re open the bulk of the year. The office is always open though.”

“In the very beginning nobody was doing what we’re doing,” Vanessa told us. “We’ve been doing this now for 23 years and only a few times have we had to cancel classes because we couldn’t sell them. One, for example is I couldn’t for the life of me sell a banjo class with Tony Trischka.”

“That being said, in the world of bluegrass musicians — and I’m not an authority on it because I’m not a bluegrass musician — it’s almost that they’re loath to take recognized instruction,” Jorma said. “They almost don’t want to pay anyone to teach them. The other thing is Tony Trischka is like the father of the modern banjo, but students wanted Earl Scruggs or Ralph Stanley. It’s just a weird world.”

“It really didn’t have anything to do with the instructor,” Vanessa interjected. “In the very beginning it was Jorma’s name that was selling the classes and students wanted classes with only him. To be completely honest I didn’t reach out to the right demographic for banjo classes. Tony, God bless him, and many of his contemporaries were already doing a lot of classes. The students stuck with what they knew, and Tony had his niche elsewhere.”

“We haven’t cancelled anything this year actually,” Vanessa told us. “But we did have to postpone our opening and our two April classes. We’ve been able to move our opener (with Jorma and Jack Casady as instructors) to the end of May.”

The two April classes were postponed until the Fall. One of them features Jorma and Larry Campbell, and the other is Jorma and GE Smith. The move to that late in the year was to not only find free weekends, but also to accommodate the instructor’s schedules as all are full-time touring musicians.

We wondered if classes could be pared down to fit in with health department orders against gatherings of ten or more people. “We’re categorized as a food service,” Vanessa said. “Even though we’re a school and we have a theater and museum, part of our categorization is as food service. So, even if we could do five students as opposed to twenty or thirty, everything has to be take-out and they can’t eat it on the premises. We just can’t operate that way.” 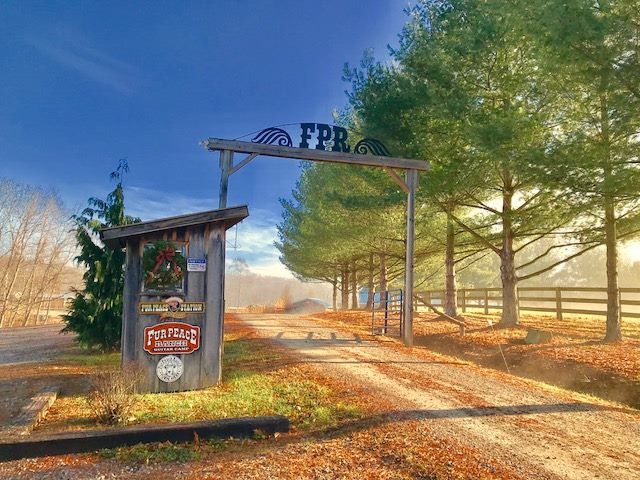 Vanessa’s sister, a pilates instructor in Maine, has had great success using the Zoom video conferencing platform. The Kaukonens are prepared to use that service as well for instruction if mandated social distancing lasts beyond the beginning of May. The Ranch also has in place their own online guitar workshops via BreakDownWay.com, a tutorial platform that offers extensive detailed lessons from Jorma and over a dozen other instructors.

“What you don’t get with BreakDownWay is you don’t get our fantastic food, the camaraderie with other students, walks on our nature trails, or have lunch with Jorma,” Vanessa points out. “We’re not going anywhere so you’ll still have access to those things, but in the interim, you’ll have access to classes in several genres of guitar.”

“We adapt,” Vanessa continued. “We’re also going to do some Facebook Live concerts as needed until the end of April, beginning of May. We have a small 200 seat showcase theater, and everyone has been very accommodating as far as our season ticket holders and everyone who wants to be on board.”

Then there is also the Fur Peace Ranch YouTube Channel which features some amazing performances recorded live at the Fur Peace Station Concert Hall.

“You know, I not only work at the ranch,” Vanessa adds. “I’ve managed Hot Tuna since the late 80s. Not all family can work together. Jorma and I work very well together.”

Jorma was quick to adjoin, “Yeah, what she said.”

“Now is a good time to practice guitar,” Jorma added. That being said, he has found a guitar maker whose work he wished to share with us.

“I met this guy up in Greene, Iowa named David Flammang,” Jorma shared. “I met him through one of our students. He’s a guitar maker in an unincorporated town out in the middle of Iowa. I’ve bought two of his guitars and he’s built some of the greatest instruments I’ve seen since the old days of Gibson.”

“These little gems are part of the interaction between students and Jorma,” Vanessa said. “Jorma has a signature Martin guitar, his electric guitars through Epiphone and Gibson…”

“And now he’s playing guitars from Greene, Iowa,” Jorma voiced up. “You know there’s always something that makes you feel young again? No bullshit, when I played this guitar, it felt like when I got my first 1958 Gibson J-50, which I still have. It felt that good. Now my Martin guitars are great guitars and I’m not going to get rid of them, but it’s like apples and oranges. These Flammang guitars really hearken back to another age. I got two of them. I just had to throw that in there, I’m still so excited about it.”