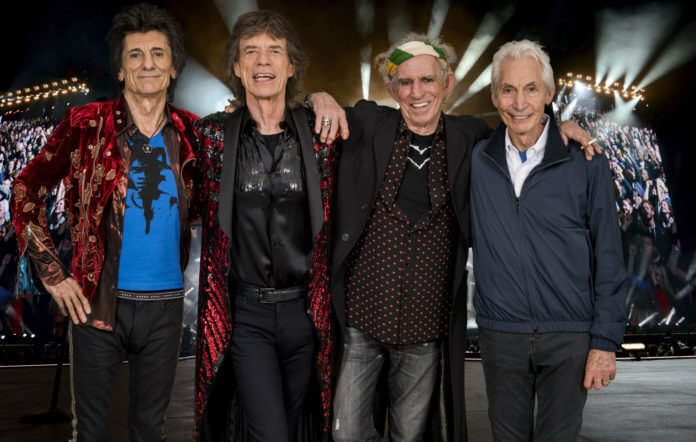 The Rolling Stones have surprised fans with a new song called “Living In A Ghost Town.” It’s their first single in eight years, one they started working on pre-pandemic and wrapped up remotely during isolation.

“Living In A Ghost Town” was written by Mick Jagger and Keith Richards, created and recorded in Los Angeles and London. “We cut this track well over a year ago in LA for a new album, an ongoing thing, and then shit hit the fan. Mick and I decided this one really needed to go to work right now and so here you have it,” Keith Richards said.

Last Sunday, the Stones performed “You Can’t Always Get What You Want” together from their respective homes for One World: Together at Home, a concert to benefit charities and the World Health Organization.

Their No Filter tour began in September 2017, with the next leg scheduled for North America in early May. The band had to postpone due to the pandemic, and no dates have been rescheduled yet.

Reggae-flavored and true to their signature blues thump (and Jagger’s slow-burning harmonica), “Living in a Ghost Town” sounds like it could have been a previously unreleased cut from the band’s much earlier recording sessions. And the lyrics clearly apropos to the feelings of missed moments in this present day.

Once this place was humming

And the air was full of drumming

The sound of cymbals crashing

Glasses were all smashing

Trumpets were all screaming

Nobody was caring if it’s day or night

I’m a ghost Living in a ghost town

Shut up all alone

So much time to lose

Just staring at my phone