Alan Jackson is among a growing number of musicians utilizing the drive-in concert format. The three-time Country Music Association Entertainer of the Year and Opry member will host two drive-in concerts in Cullman, AL on June 5 and Fairhope, AL on June 6. 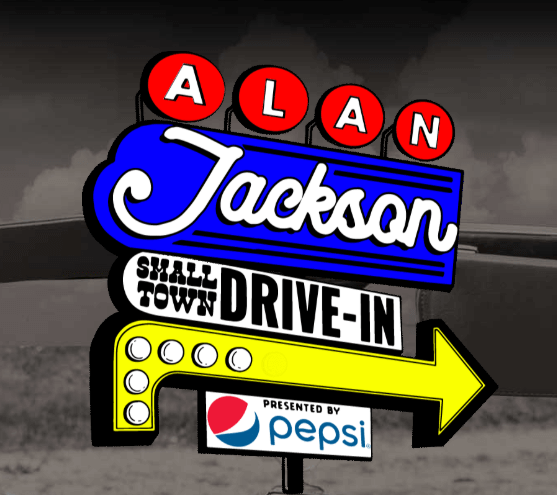 The Small Town Drive-In concerts will allow 2,000 vehicles per show and will comply with CDC’s health guidelines. At a time of grievous longing for a live experience, Jackson will bring three decades of hits to his fans in a one-of-a-kind drive-in meets concert.

The Cullman, AL show will be on the open-field site of the long-running Rock the South festival, and the Fairhope, AL show the following day will be on the grounds of Oak Hollow Farm. Attendees will be required to stay in their vehicles with concessions provided only via phone orders.

Tickets for Alan Jackson’s Small Town Drive-In concerts go on sale Wednesday, May 27 (10:00am CT). General admission price per vehicle (up to two passengers) is $99.99; additional passenger tickets may be purchased for $39.99. A limited amount of VIP parking, closest to the stage, is available starting at $199.99.

A portion of all proceeds from each Small Town Drive-In concert will go toward food relief efforts in the respective regions, which have been strained more than usual since the pandemic. Cory Farley, a frequent performer at Jackson’s AJ’s Good Time Bar in downtown Nashville, will open the shows.

More information on the designated charities