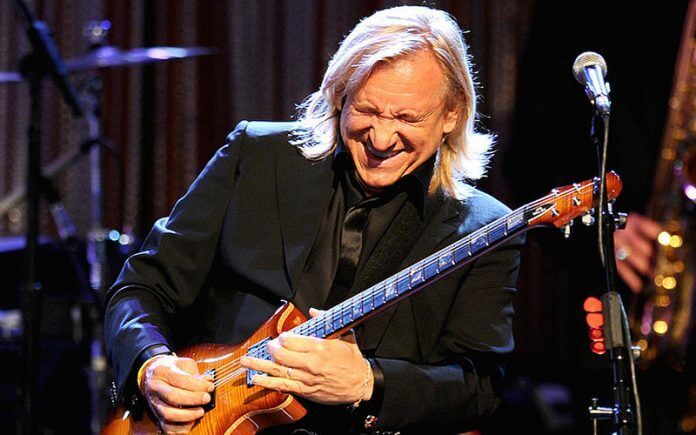 Multi-Grammy Award winning and Rock and Roll Hall of Famer Joe Walsh will host a radio show to a public, member-supported 88.5-FM based in Los Angeles. The hour-long Joe Walsh Old-Fashioned Rock n’ Roll Show will make its debut at 6 p.m. Saturday, May 21. 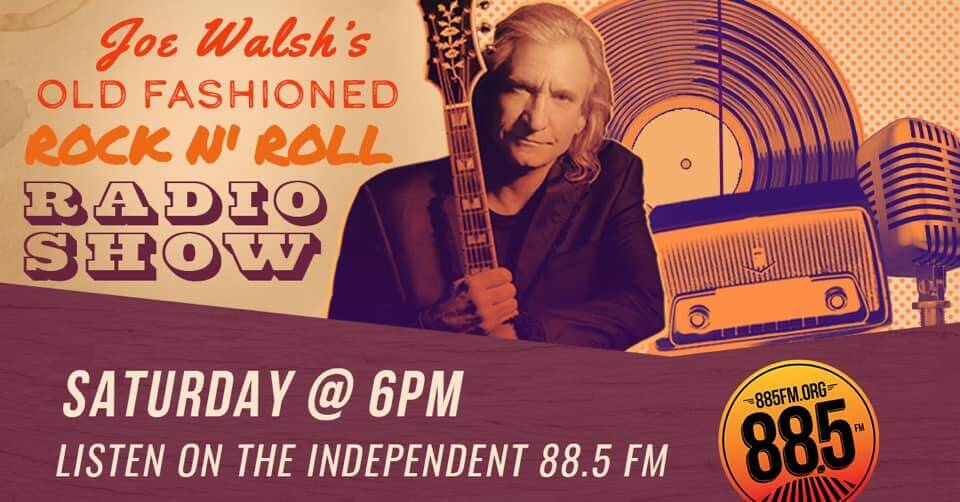 The analog man suggested pulling a weekly DJ shift as a longtime listener and contributor to 88.5. “It’s flattering to have rock legends listening and financially supporting the station,” General Manager Patrick Osburn says. “Being entertainment royalty and one of the many local fixtures of the SoCal/Hollywood community, we anticipate Joe’s rolodex of potential guests runs deep, so we feel great about giving him the keys to the car.”

Not being able to tour with the Eagles currently gives him free time – and free rein – to serve KCSN, the public radio outlet that serves his community. Joe has made the refreshing decision to support the public media platform, whereas most other artists are opting for satellite radio programs.

“This public radio station serves the community I live in and is funded by listeners,” Walsh said in a statement. “I like that men with ties don’t decide what I listen to. My show will be a mixture of music I love, music I think people will want to hear and stories behind some of these songs that I’m pretty sure no one knows about. Hopefully, the show will generate some more listeners and support for the station, and we will have a lot of fun in the process.”

Osborn added, “While we hate seeing all the shows and festivals cancel this summer, we are thrilled to have Joe killing time on 885’s airwaves. It will be great for Joe, the station, and listeners!”

88.5’s program director Marc “Mookie” Kaczor agreed. “Joe has been a longtime contributor and friend of the radio station, but now that he has his own show, he’s truly part of the 88.5-FM family,” Kaczor said. “I can’t wait to hear his stories. Joe Walsh is rock royalty.”

The station’s live programming is available on the 88.5 app and also at 88.5.