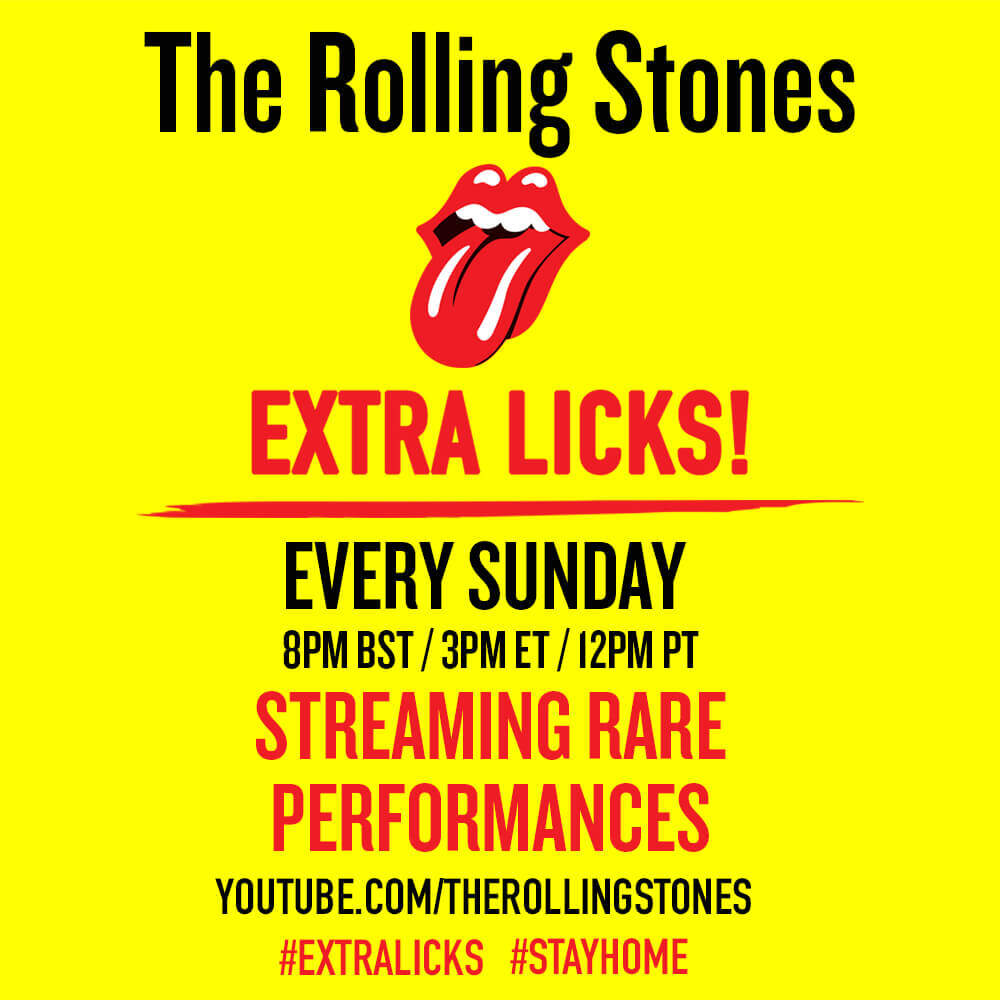 The Rolling Stones will set in motion a weekly series called Extra Licks on the band’s official YouTube channel as part of YouTube’s #StayHome campaign. The archival concert webcasts begin on Sunday, May 3 at 12 p.m. PT / 3 p.m. ET / 8 p.m. BST.

Each featurette, appearing as a YouTube premiere and available digitally for the first time, will take place each Sunday for the next six consecutive weeks. Extra Licks will stream bonus footage from throughout the Stones’ career as well, including performances from the 1994 “Voodoo Lounge” tour and the Latin America “Ole! Ole! Ole!” tour from 2016.

Watch the trailer below.