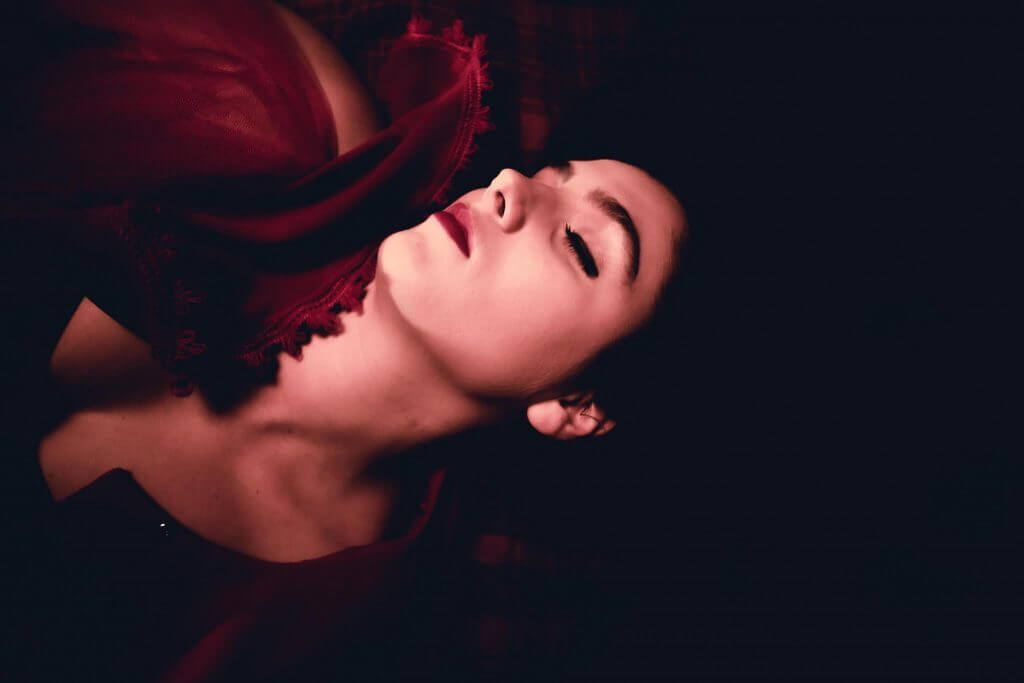 Multi-instrumentalist Ruth Patterson, the dynamic co-founder and lead singer of the popular folk, blues and rock band Holy Moly & The Crackers, launched her solo career this week. A virtual concert to premiere her debut single, “Sink Or Swim,” was streamed live from Ruth’s home under the auspices of the world-renowned Sage Gateshead concert venue where she is Artist in Residence. 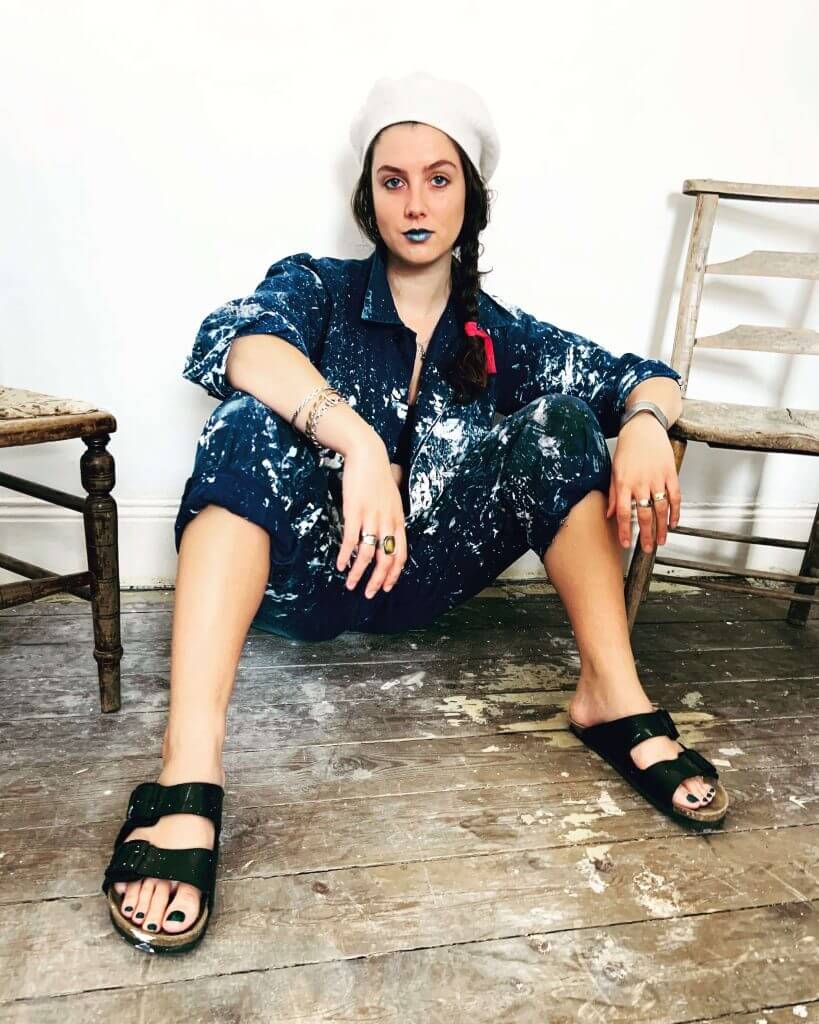 Campaigner, activist and ambassador for disabled people’s access to live music via the organization Attitude Is Everything, Ruth Patterson suffers from Ehlers-Danlos Syndrome. This illness causes chronic pain and fatigue and involves taking immunosuppressant drugs, resulting in her isolation at home for the past four months since returning from her band’s cancelled European tour due to the pandemic. As Artist In Residence, Ruth has just completed a project around her experiences as a disabled frontwoman, culminating in the writing and production of her debut solo recordings. Before the coronavirus struck, the intention was to perform on the stage at the prestigious Sage Gateshead. But its postponement until next year led to tonight’s virtual online show.

Ruth started her home concert by engaging with the virtual audience and expressing her empathy with the devastating impact of COVID-19 and subsequent lockdown. Sitting at her keyboard, the charismatic songstress launched into her well-known composition, ‘I’d Give It All.” This beautifully crafted love song opens with attitude rather than sentimentality, the emphatic piano chords a precursor to what Ruth doesn’t want. Not for her “the dozen red rose roses laid at my front door” or the fine wine and dining which “sticks in my throat.” And when it comes to diamonds, “well, it might as well be coal.”

With a voice reminiscent of the great 20th century American chanteuses it does not take long to recognize a great new talent. 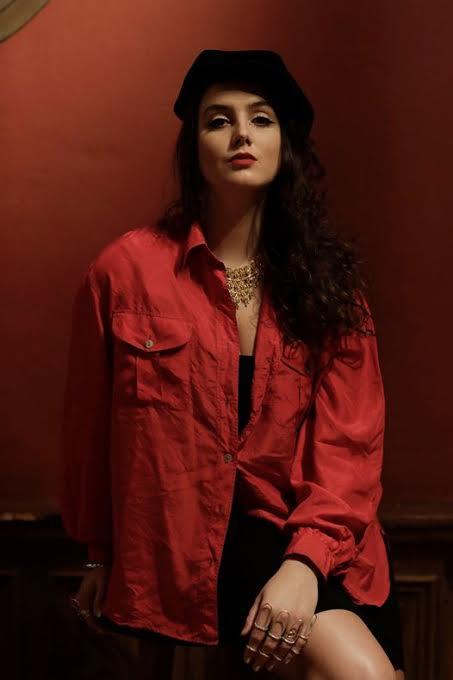 There is a poignancy about the inclusion of a cover version of “Hospital Beds” by the Californian band Cold War Kids given the mass hospital misery caused by the rapid spread of coronavirus. However, Patterson always manages to communicate hope and positivity when confronted with tragedy, emphasizing the shared friendship and joy of the song as well as the sadness.

Ruth makes it clear that she is still very much part of Holy Moly & The Crackers with her take on “Salem,” the intriguing, ethereal self-penned title song from the band’s second album. Despite the dark theme of the 1692 witch trials in Massachusetts, everything else about it is uplifting. Patterson demonstrates an extraordinary vocal range from mellifluous to piercing tones complemented by the subtle rhythm changes on the keys. Another highlight is the inspiring “Yours To Keep,” with its vivid, colorful imagery, poetic lyricism and jazz-inflected vocals.

Ruth recently married Holy Moly co-founder Conrad Bird who joined her for a couple of songs — the couple’s first ever guitar and piano duets, starting with a slow balladic version of  “All I Got Is You” from the band’s Take A Bite album. The lyrics take on a new, more personal and emotional meaning; the intense chemistry between the duo is evident for all to see and hear. The eagerly anticipated new material includes a follow-up single, “Somebody Else,” a heart-wrenching reflection on love and betrayal. Ruth always seems to be in control while baring her soul with amazing courage, conviction and just a hint of vulnerability as the lyrics soar above the piano chords.  Another rare cover by Ruth is “Strange” by British Jamaican soul singer Celeste, the most blues-infused song of the night and a classic interpretation of the original.

However, tonight is about the eagerly anticipated first public performance of the debut solo release, “Sink Or Swim,” which deals full on with the urgent and often taboo subject of mental health, specifically one’s present state of mind currently exacerbated by the disruption and anxiety caused by isolation. It is a blockbuster of a single reflecting Ruth’s resilience and confidence in dealing with her difficulties and having the determination and character to come through them. Songs of this depth and honesty make a difference by undoing any stigma associated with mental health issues and, in so doing, helping people to understand that they are not alone. 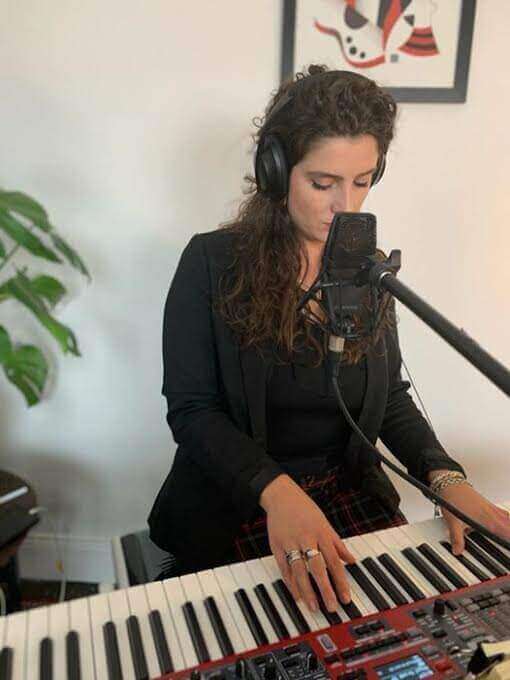 As the maelstrom continues throughout the middle section of the song, the sense of loss and dread are counterbalanced by the constant reaffirmation of hope and redemption reflected in the shifting ebb and flow of the impassioned vocal delivery: “But I know you’ll bring me back, bring me back / To the ground, spin me round this time.” Patterson demonstrates exceptional tonal range, phrasing and breath control in the mesmeric repetition of “Would You Sink Or Swim?” with her fate seemingly hanging in the balance. The pure brilliance of this vocal tour de force reaches its apogee in the climactic last verse: “Losing my feet as it closes in/ Rising up to my knees, diving in/ Bring me back softly I can’t give in/ Time moves slowly sink or swim.”

Ruth Patterson’s evocative and surreal song demonstrates the powerful impact which music can have on our mental state and its ability to soothe troubled minds. Above all, the song offers much needed hope, optimism and even salvation. Ruth explains, “This song is about living with mental instability and the battle to keep our heads above water. I had a panic attack last year and I really felt like I was drowning, losing control and facing the reality of disappearing and not knowing when it will end.” The video stop-motion claymation accompanying the song on YouTube is a work of genius from Los Angeles based artist and animator Rafael Bonilla Jr. The surreal, enigmatic scenes bring Ruth’s vivid lyrical imagery and creativity to life and add emotional depth, particularly the metamorphoses sequences.

As the concert ends, Ruth Patterson, having shared her own experiences and emotions, urges viewers at this time of heightened anxiety to look out for and learn from each other, have conversations, share feelings, make connections and, above all, listen to one another.

“Sink or Swim” was released on June 26th, is available on Spotify, iTunes, Amazon and Apple. Watch the entire streamed concert below.