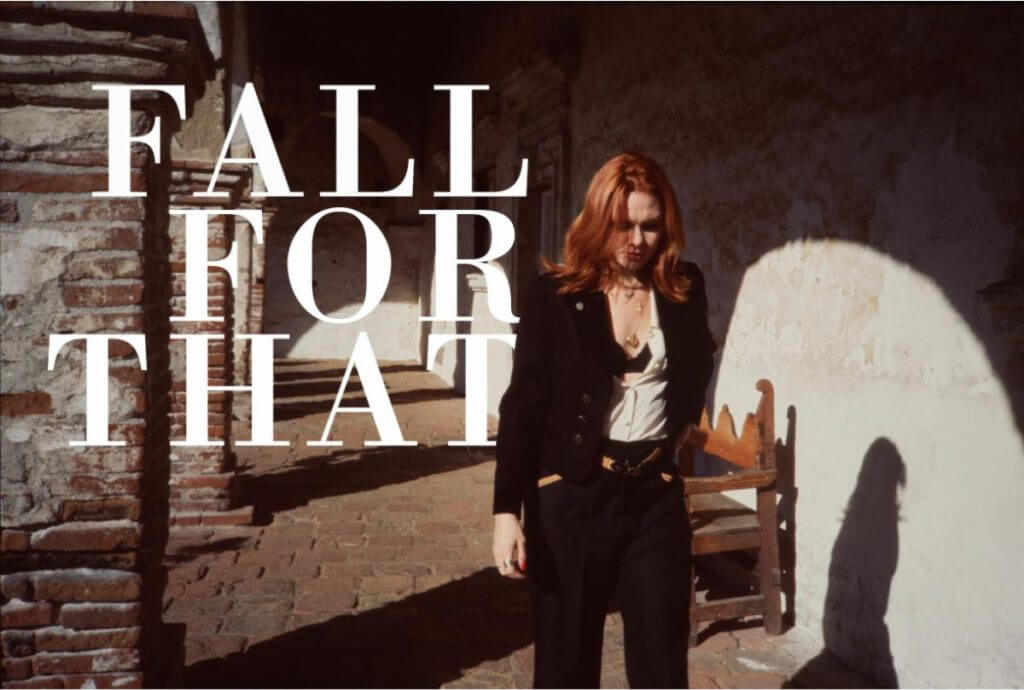 Suzanne Santo released her new single “Fall For That” today. The track, which features an epic guitar solo from Gary Clark Jr., was recorded with Grammy-winning producer/engineer John Spiker (Beck, Steve Earle). Santo sings with a snarl on the track, her bluesy wail paired with a gritty, oscillating guitar line that seems to inhale and exhale of its own volition, rising and falling in slow, steady rhythm like the chest of some sleeping beast. At once fierce and meditative, the song is a message to herself as much as any outside audience, an anthem of fear and determination delivered by a woman who’s seen enough of each to know which side wins in the end.

A fiercely independent musician, actress and model, Santo has always acted on what’s been personally best for her at any given time, pushing aside any notion or expectation of what or who she should be.  And by doing so, she’s turned a few heads along the way. Santo has toured and performed with Hozier as well as Butch Walker, and she is also half of the critically acclaimed roots duo HoneyHoney.  Santo has also appeared on The Joe Rogan Experience twice this year.

Tonight, Sept 18, Santo will play a live streamed show from The Hotel Cafe in LA. Tickets for the performance are available here.