Remembering Songs of Pride…Charley, That Is 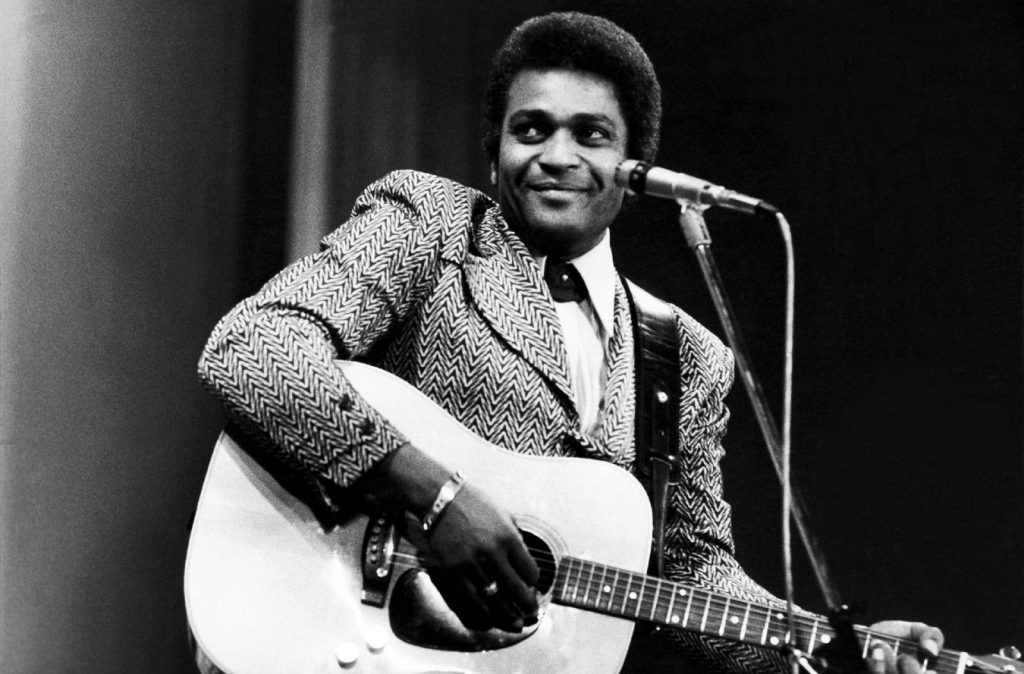 “It is with great sadness that we confirm that Charley Pride passed away this morning, Saturday, December 12, 2020, in Dallas, Texas of complications from Covid-19 at age 86,” his family confirmed in a statement. “He was admitted to the hospital in late November with Covid-19 type symptoms and despite the incredible efforts, skill and care of his medical team over the past several weeks, he was unable to overcome the virus. Charley felt blessed to have such wonderful fans all over the world. And he would want his fans to take this virus very seriously.”

Born a sharecropper’s son in Sledge, Mississippi, on March 18, 1934, Pride emerged from and escaped out of cotton fields to become the first Black artist to be inducted into the Country Music Hall of Fame and the first to win a Grammy in the country category.

By the time he was 14, he had enough money in his savings account to order a $10 Silvertone guitar from the Sears, Roebuck, & Co. catalog. “I opened it up, lifted it in my hands and strummed my first chords. That minute, I was the happiest kid in Mississippi,” he said, years later.

Growing up, Pride thought baseball would be his ticket out of poverty and the labor which pained his entire body. But it would be his musicality that took him out of the fields, rather than his pitching and hitting skills. After his time in the Army, working at a Missouri smelting plant, and some botched attempts to break into big-league baseball, he came to Nashville in 1963 and made demo recordings with help from manager Jack Johnson.

Those recordings sat for a couple years before Johnson met with producer Jack Clement, who offered songs for Pride to learn. On August 16, 1965, Clement produced Pride at RCA Studio B. Those sessions proved awe-inspiring to RCA’s Chet Atkins who then signed Pride to a recording contract.

In 1967, Pride’s recording of Clement’s “Just Between You and Me” broke into country’s Top Ten. With the days of iron ore behind him, he was now on the road to platinum records. Between 1967 and 1987, Pride achieved 52 Top 10 country hits and became RCA Records’ top-selling country artist, with chart-topping hits including “Kiss An Angel Good Mornin’,” “Is Anybody Goin’ to San Antone,” and Harold Dorman’s “Mountain of Love.”

Early in his career, when asked how it felt to be the “Jackie Robinson of country music,” he would respond unequivocally and somewhat puzzled, “Well, I’m Charley Pride, the staunch American.” In his memoir, Pride wrote, “We’re not color blind yet, but we’ve advanced a few paces along the path and I like to think I’ve contributed something to that process.”

That he did. Through resilience, Pride became a member of the Grand Ole Opry and a national treasure. Pride won the Country Music Association’s Entertainer of the Year award in 1971, and its top male vocalist prize in 1971 and 1972. On November 11 he gave his final performance at the 2020 Country Music Awards in Nashville, where he was honored with the CMAs’ Lifetime Achievement Award.

Pride was a forerunner whose impact on the country music industry can be seen today in authentic roots artists like Rhiannon Giddens and Valerie June who tweeted, “Remembering Charley Pride. Such a huge inspiration to all black folks who love country music and to everyone else too.”

Perhaps the finest example of Pride’s rich, soothing baritone is his performance of “Roll On Mississippi,” the official song of his home state where a stretch of highway is named after him.

I grew up in Fort Basinger, Florida — both a U.S. Army military post and a ghost town along the banks of Kissimmee River — so the song always struck a personal chord of emotion in its lyrics:

Roll on Mississippi, you make me feel like a child again

You’re the childhood dream that I grew up on.

Roll on Mississippi, carry me home.

Now I can see I’ve been away too long.

Roll on, Mississippi, roll on.

Now, when the world’s spinning round, too fast for me,

And I need a place to dream.

So I come to your banks, I sit in your shade

Roll on Mississippi, you make me feel like a child again

When the world was spinning madly around me, I could always come back home to the loving arms of my Granny and Papa, to those banks where I would relive the memories and realize I’d been away too long.

Roll on, Charley, roll on. You’re the childhood dream I grew up on.