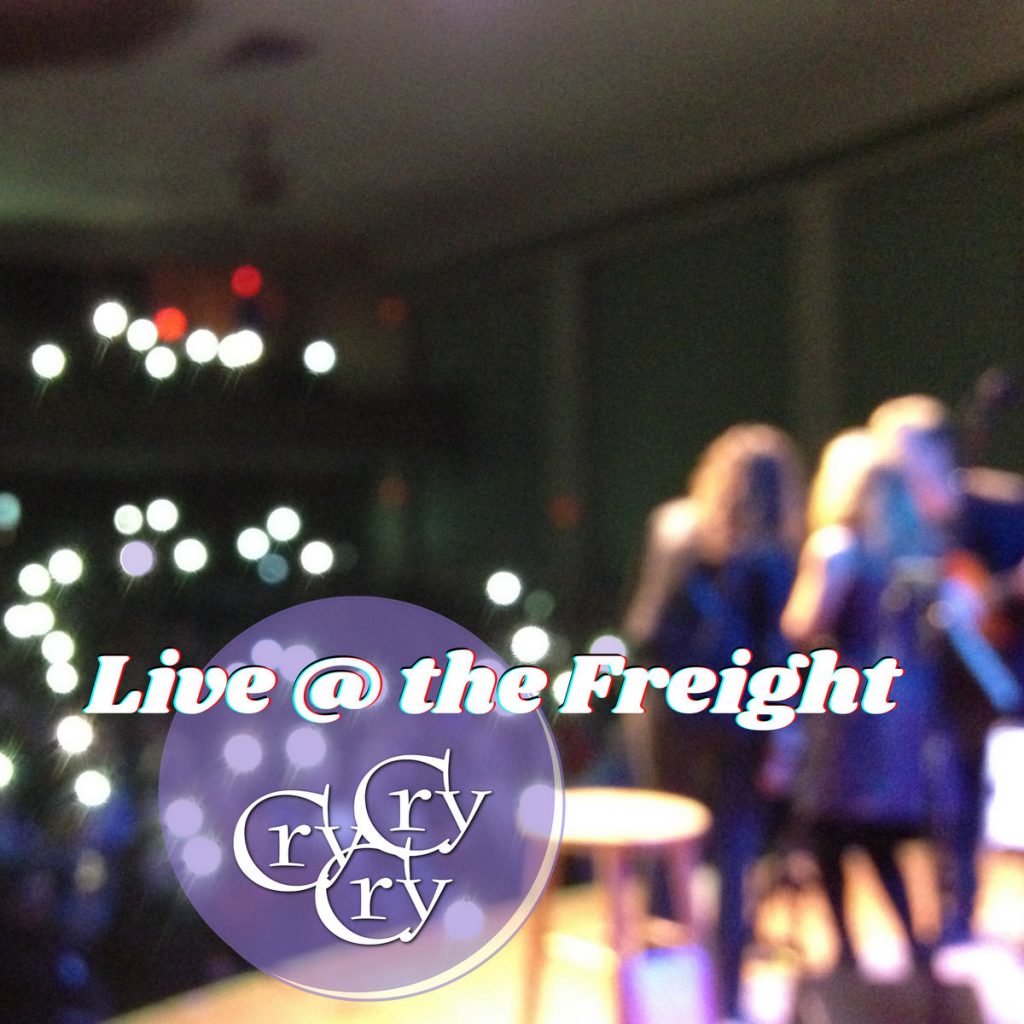 Celebrated singer-songwriters Lucy Kaplansky, Richard Shindell, and Dar Williams, who together make up the acclaimed folk-pop collaboration Cry Cry Cry, are thrilled to announce the digital release of Live @ the Freight, available now, recorded at the last show of their sold-out 20-year reunion tour in 2018.

The band’s first full-length release in decades includes selections from their eponymous debut, favorites by each of the individual songsmiths, and some choice new-to-the-band tunes. The group made its mark uncovering hidden gems, bringing attention to fellow songwriters, and continued that process with these new arrangements of songs composed since 2000.

Net proceeds from the release will benefit Live Music Society, a non-profit organization providing grants to small, independent music venues that have been impacted by the global COVID-19 pandemic. Live Music Society opened their second round of grant applications January 5, 2021.

Live Music Society seeks to “help venues survive through this crisis and to thrive once again when they are able to open their doors.” Lucy, Richard, and Dar have individually performed for decades at a network of small venues, including most of those that have received grants in the first round of grant relief. With this new release, Cry Cry Cry seeks to support these vital musical and cultural institutions; a reunion of three, building reunions of communities of music fans.

Live @ The Freight was recorded live at The Freight & Salvage venue (Berkeley, CA) on April 15, 2018 and is the band’s only album release since their successful eponymous debut in 1998. It was engineered by Bob Whitfield and Heidi Trefethen, except for track 16, which was engineered by Jim Frogameni and recorded live at The Calvin Theater, Northampton, Mass., on March 31, 2018. The album was mixed by Greg Anderson and Sara Milonovich, mastered by Mark Dann, and produced by Greg Anderson.

The band was a mainstay on radio during the late 1990s and early 2000s. Their debut album ranked fourth among AAA radio stations’ most played records in 1999 and continued in high rotation well into the 2000s. The album’s release was followed by a sold-out nationwide tour the following year, including New York’s Town Hall.

Addressing the needs of small U.S. music venues that were forced to shut their doors with the onset of the COVID-19 pandemic, the newly instituted non-profit organization Live Music Society (LMS) launched its relief efforts last fall with a first phase of monetary grants to 20 small clubs across the country. The organization is committed to giving $2 million in grants, ranging from $10,000 to $50,000, in its first two years of operation to support small music venues around the United States. LMS is now accepting grant applications for phase two and encourages small clubs to apply.

Further information and grant applications can be found at www.livemusicsociety.org.