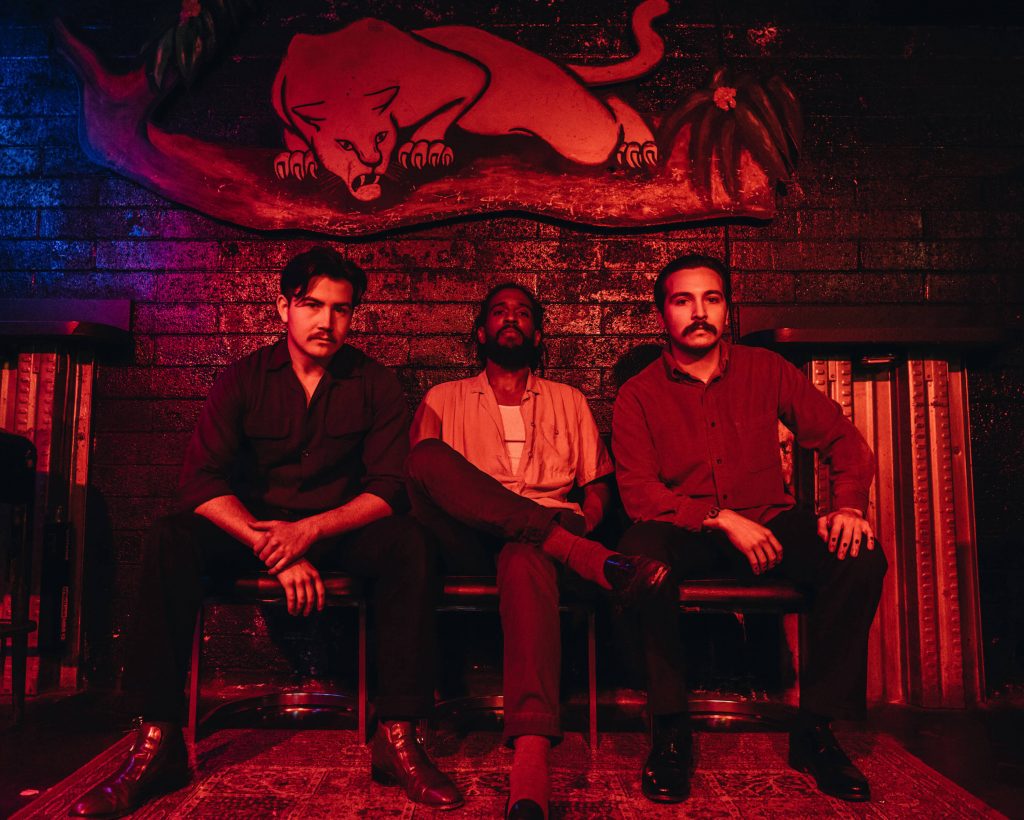 Thee Sacred Souls have entered 2021 on a bright note with the digital release and new video for their song “It’s Our Love.” The track was originally found as the b-side to their recent “Will I See You Again” which was released January 8th, has sold out three times, and is currently on its 4th pressing. The San Diego, CA-based Sweet Soul mavericks will release the song via Penrose Records, the recently launched imprint from the iconic House of Soul, Daptone Records. As the track title alludes to, the song celebrates the love between two people, simply and sweetly. Filmed on Super 8 at the end of 2020, the David Lampley-directed video shows the band exploring their natural environments–hanging out across San Diego and in the studio.

“We wanted to capture candid moments of our time at the Penrose studio and hangin’ with our crew around SD for the video,” the band notes of the video. “We reached out to our friend David Lampley, who specializes in Super 8 analog film. His experimental shooting style along with the visual quality of Super 8 film fit the laidback and dreamy mood we envisioned.”

The new single follows the band’s quick rise as a must-hear group for soul aficionados, following the release of their June 2020 debut single “Can I Call You Rose?” b/w “Weak for Your Love,” correlating with the launch of Penrose. It quickly became one of Daptone Records’ most sought after 45s and the video for “Can I Call You Rose” has been viewed almost a million times — no small feat for a brand new independent artist! “Give Us Justice” followed, written in response to the murder of George Floyd. The proceeds were donated to organizations promoting the freedoms, rights and well being of black people beginning with the Movement for Black Lives, and multi-Grammy nominated band The Black Pumas recently shouted out the track as “The song that will define 2020 for me” via Rolling Stone.

Inspired by the souldies around which they were reared, Alex Garcia and Sal Samano found chemistry when they began cutting bedroom demos of rhythm tracks together. Multi-instrumentalists both, Alex migrated from the guitar to the drums where he discovered the sensitive touch and unique feel that would be the pillowy pulse of the band’s sound, while Sal learned to carve winding bass lines through the deep spidery grooves of their vamps. Though the jams they created together were scintillating, it wasn’t until they connected with vocalist Josh Lane that the real sound of Thee Sacred Souls came into focus. Josh had recently relocated to San Diego from Sacramento where he had studied singing, honing his voice into a weightless vehicle that could carry the Smokey-esque lyrics and Marvin-ous melodies he had bubbling within him. The connection was electric, Josh’s mellifluous poetry floating weightlessly atop Alex and Sal’s rhythms, and Thee Sacred Souls were born.

Stepping off the stage after their very first club date, Josh, Sal and Alex were tugged aside by Daptone Records’ producer and co-founder, Bosco Mann (Sharon Jones & the Dap-Kings) whose seasoned ears had been tickled by their set. Backs were patted, hands were shook, and three days later heads were bobbing in Mann’s Riverside studio, Penrose Recorders, as the Souls laid their first notes to tape. With Mann, they knew they also found a like-minded soul who believes in the power of music in physical form as much as they do. They recently told the San Diego Reader, “Our commitment to analog contrasts the quick-fire nature of many other artists within the increasingly digital industry.”

Look for much more from future soul legends Thee Sacred Souls, including their anticipated debut album coming later this year.