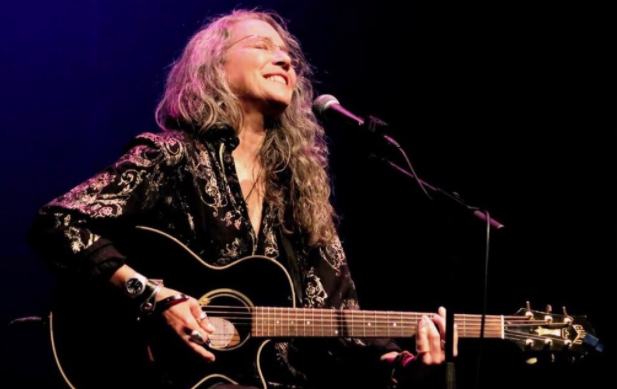 Don’t mistake “I’m All Burn” for a grammatical typo. The new video from and title track to Cathy Grier‘s new album is a not-so-subtle metaphor for her critical take on the way women are treated not only in the blues world (and the music industry as a whole) but in western society in general. “I’m fired up,” she comments.

Women tend to always have to live up to a standard and a level that’s so different from men. Obviously we are different, but the question is how, not why. We need to change how we educate ourselves about each other, especially about women. Making this video was tricky. I don’t want to be preachy but, at the same time, this song has very specific content about objectification, how women still make less than men, and how, in so many ways, we’re still treated as second-class citizens. This is the one social activism song on the record, and it’s a prescient time to have it out there in light of how many women have put out great blues records this year.

There’s clearly something wrong because girls are still learning no one’s gonna stand up for them. Guys get torn apart if they show any feminine side. And it’s almost the complete reverse for women. I’ve lost count of how many times I’ve walked into a situation where I hear “Can you play that thing?” What?! Are you trying to tell me what I’m doing isn’t valid because I’m not a man? I’m not gonna sit in the studio eight hours a day, endlessly tweaking my technique so someone can put me on a list of greatest guitar players.

I’m a songwriter and a musician. I play. I need to support myself through my craft. The fire’s inside me; I’m all burn and ready to go. I didn’t pick the blues because its a groovy genre, or to get attention, I’ve been playing this all my life because it’s in my DNA.

As the song builds over a smoldering horn section, her soulful sweet vocals play out like a clever foil when you realize the lyrics she’s singing pierce like daggers. Coupled with cool changes and a relentless hook, Grier puts a modern blues spin on a ’70s pop-rock template and the result is an instantly memorable song with an equally memorable message.

Support, Donate, Get I’m All Burn