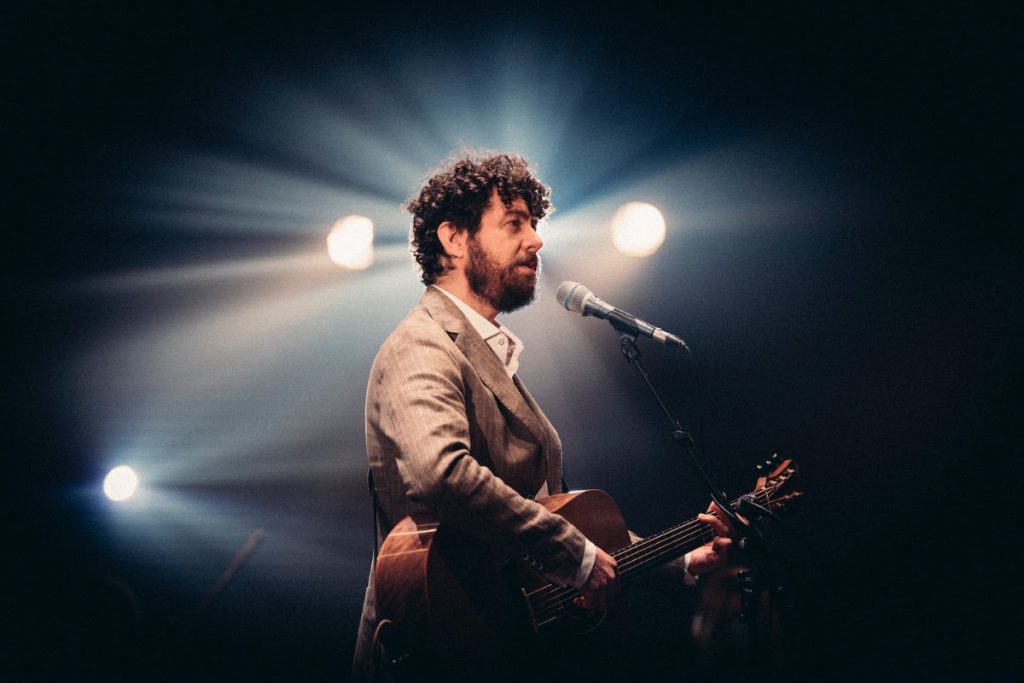 In celebration of the release of his brand new, Paul Weller-produced album Arrivals, award-winning Irish singer-songwriter Declan O’Rourke has teamed up with Irish Arts Center New York and Moment House to bring you his first live concert since 2019, in a global live-streamed event from Ireland’s National Abbey Theatre on Wednesday 14 April at 8pm BST. 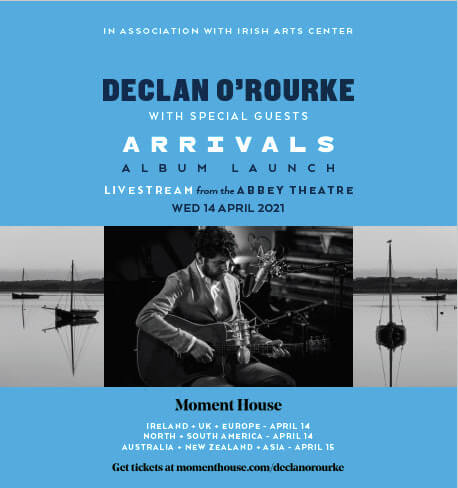 Declan will be joined by very special guests, and will play a collection of songs from his new Arrivals album, out on April 9.

There will also be the option to purchase tickets to the Afterparty for exclusive behind-the-scenes footage and in-depth conversations with Declan and his guests.

In late January, Declan once again enhanced his reputation as a formidable live performer with a showcase as part of the prestigious UK AmericanaFest: “The breakthrough act who took it to another level was Declan O’Rourke” – Holler.

This special album launch show will be a treat for fans around the world, and a chance to hear unique live versions of the much-praised new songs on Arrivals.

Recorded over six days at Black Barn studios in Surrey, with Paul Weller producing, Arrivals sees Declan O’Rourke present the most emotionally raw and affecting album of his career.

O’Rourke’s last album Chronicles Of The Great Irish Famine, documented rare first-hand accounts from that devastating period of Irish history and garnered numerous awards. His writing is much admired and covered by fellow artists, most notably his classic 2004 song “Galileo” which has been recorded by Eddi Reader and Josh Groban amongst others.

Livestream from the Abbey Theatre Dublin