Pushed to His Limits by the Pandemic, Popa Chubby Dons a ‘Tin Foil Hat’ 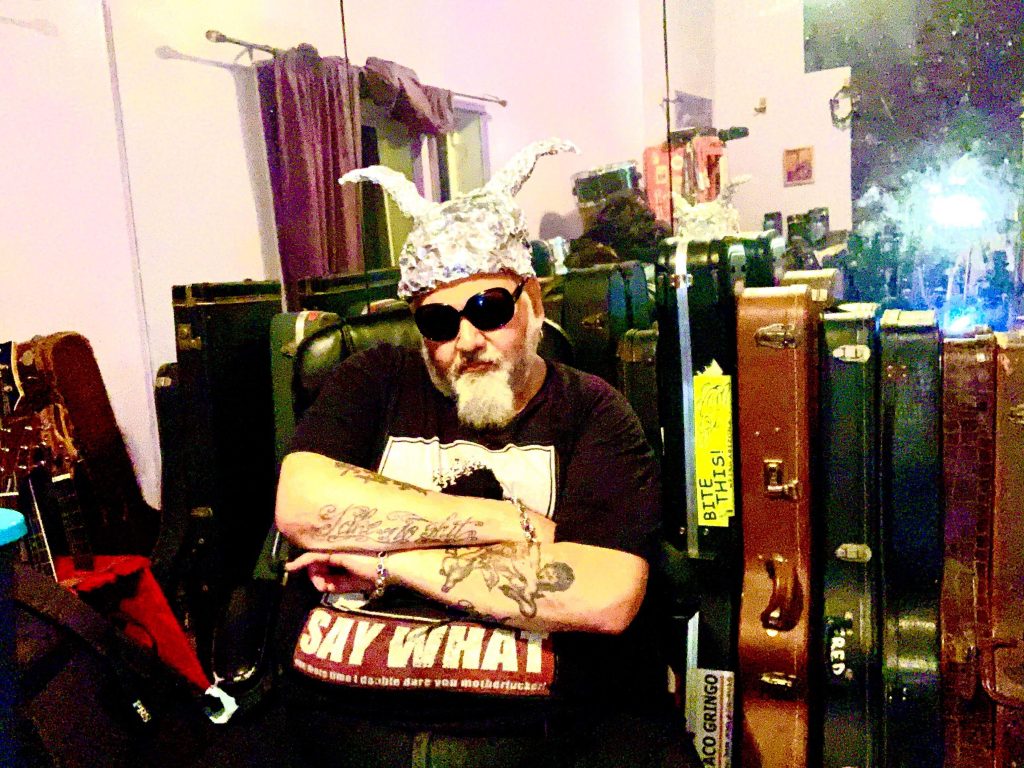 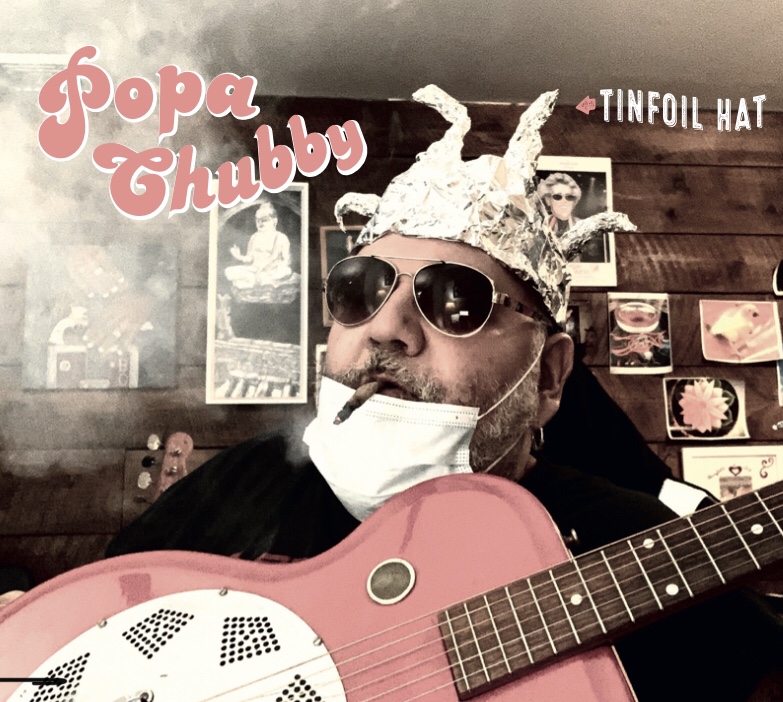 To understand Tin Foil Hat, one must first understand the artist. Born Ted Horowitz in The Bronx, New York, Popa Chubby was first inspired by the music of Cream, Led Zeppelin and Jimi Hendrix. Some of his first live gigs were with Screaming Mad George and then Richard Hell on the stage at CBGB’s wherein played The Ramones, The Cramps, and dozens more notorious New York punk bands. With a basis in the blues, and an early start in punk, he learned that rock, like the blues was dangerous music. So for the last 3 decades he has become a dangerous man.

Then he ran headlong into something truly dangerous – the year 2020. “We got off the road on March 12th, 2020 last show was in Key West, Florida,” Popa says. “We barreled home in my Chevy Van 1000 miles no stopping. It seemed the world was on the verge of shutting down. So I was home in isolation with a bunch of guitars, drums, amps, microphones losing my mind. I started writing songs. I wanted to make people feel better so the first was ‘Can I Call You My Friends?’ The answer was a resounding yes. We had 30K hits on social media almost overnight and the outpouring of love was both healing and mind boggling. So I continued writing and recording. No musicians in the studio so I had to use my skills, my balls and my soul. All I had! Luckily there was a never ending flow of ideas that stemmed from what was going on in America and the world.”

The 11 songs on Tin Foil Hat were written, performed, recorded, produced, and engineered by Horowitz at his Chubbyland Laboratories in the Hudson Valley, New York, during the period March 16th to September 29th, 2020.

The title track, which exudes Chubby’s anger at not only the pandemic, but its handling by then President Trump, begins with an intro a ‘la Elwood Blues. “Ladies and gentlemen it is the year 2020 in the United States of America, and this song is dedicated to all you crazy people!” Sonically, the “Tin Foil Hat” is Dick Dale meets Screamin’ Jay Hawkins. Lyrically, the song runs the gamut of conspiracy theories turning our protagonist from “certified, lunatic, manic cat” to a “paranoid prepper under attack.” Humorous in the it’s funny because it’s true way, the song is the optimum album kicker offer.

From the Trump-jabbing, party rock of “Baby Put On Your Mask” to the soulful “No Justice No Peace,” to the hopeful “Can I Call You My Friends,” Popa Chubby touches all the bases of the seemingly endless onslaught that was the year 2020. Pandemics, politics, protests, and pandering are all handled in his gritty, New York style. Remembering that Popa not only wrote all these songs, but plays all the instruments and sings all the vocals makes this one-man-band accomplishment truly stand out.

Horowitz unapologetically takes on Trump’s non-stop claims with the 50s-flavored “You Ain’t Said Shit,” adds some stunning blues slide to “Someday Soon (A Change is Gonna Come),” and shows pure emotion on the instrumental “Boogie For Tony.”

Popa Chubby has dedicated this record to “the memories of all the souls who departed this mortal coil due to coronavirus disease. May truth be our light to guide us through this dark night.” Some songs are hilarious, some are tear-jerking, and some make us recognize that only by pulling together can we survive what’s upon us. In his own words he says, “This record is as true as I have ever been in 60 years on the planet. It’s birthed from love, desperation, fear, frustration, pain, joy, sorrow, and resolution. Like you, I have been pushed to the limits of my humanity by the pandemic. But music sweet music has set me straight once again and I offer this work with humility and devotion to you all.”

With way too much time on their hands over the past all to many months, several artists have written, recorded, and released music dealing with a year the likes of which we’d never experienced. But only Popa Chubby, with his New York swagger and blues rock chops could bring us a roller coaster of an album like Tin Foil Hat.

Popa Chubby will be playing Daryl’s House Club on May 1st, Fanatics Drive In on May 22nd, Tupelo Music Hall on June 11th, and is on the lineup for Keeping the Blues Alive at Sea Cruise VII in 2022. Catch a live show when you can, because the only thing more invigorating than this album, is hearing Popa Chubby crank it out live!