Rosedale Junction At The Crossroads With Groundbreaking Debut Album, ‘Stompin’ On The Front Porch’ 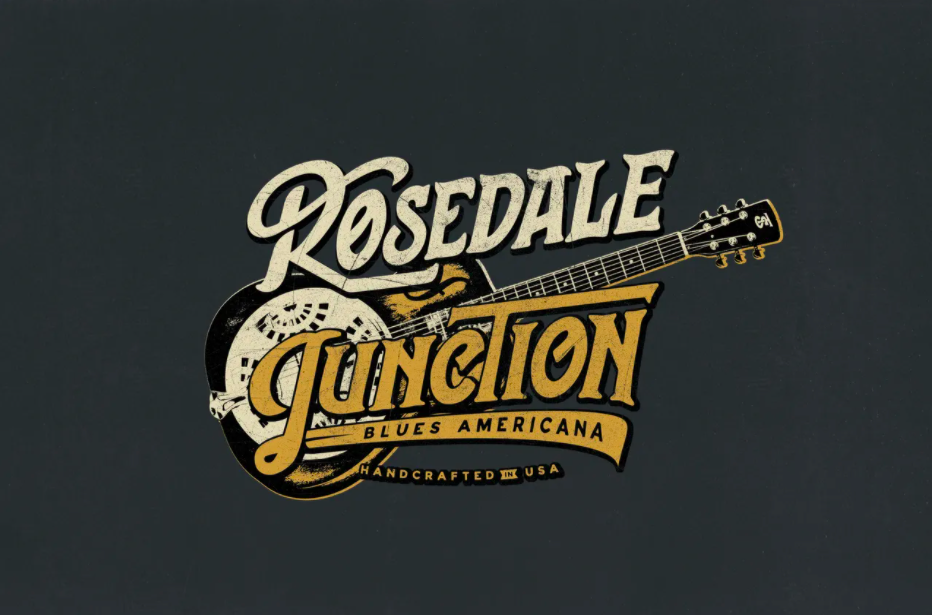 When Boston-based songwriter and multi-instrumentalist Toby Soriero had the idea for a band to play retro blues, Americana, country and good old rock and roll music, surely he could only have dreamed of an outcome as successful and innovative as Rosedale Junction. Or is this a grand plan come to fruition? Toby provides the answer at the answer at the end of the review. 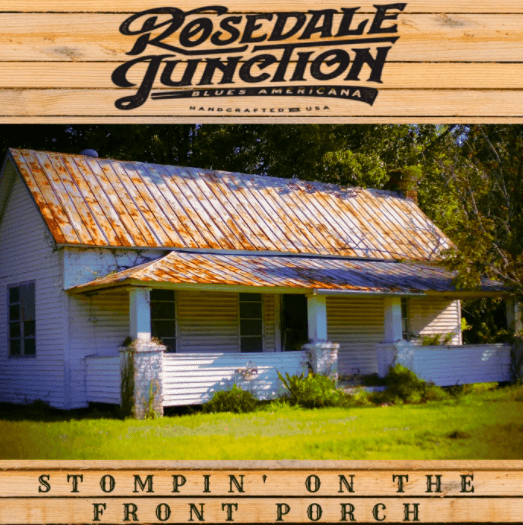 Starting with the four covers, it is a stroke of genius to include a Led Zeppelin song of half a century ago, “Baby Come On Home.” Although this original track came straight out of the British blues explosion of the 60s, Led Zeppelin went on to pursue a career as hard rockers. What makes this version special is the way in which Rachel Gavaletz and her backing singer Tyra Julliet transform this song back to a blues classic. This is achieved through their exceptional vocal range, emotional depth, and the minimalist instrumental breaks and quiet finale which further lift the vocals and make the whole experience unique. It is always a brave call to include “I’d Rather Go Blind” in a choice of covers and it takes an inspirational performance from Rachel to nail it successfully, ably assisted by Roger Smith’s climactic Hammond organ.

Bill Withers’ song “Grandma’s Hands” is sung beautifully by Joel Jorgensen and Tyra Julliet both in harmony and call and response which enhance its poignancy: ‘She’d say, “Billy don’t you run so fast/Might fall on a piece of glass/Might be snakes there in the grass.” Anyone who has experienced love for a grandma and grief at her passing will be moved by this inspirational ballad. The album ends with “Song For The Life,” a cover by the “godfather of Americana,” Rodney Crowell, with its laid-back country-drawl from all four vocalists. The acoustic and resonator guitar solos, Vito Gutilla’s violin interludes and the compulsive slow waltz rhythm accentuated by the Hammond organ make this a tour de force.

The rest of the album is packed with original material written by consummate wordsmith Toby Soriero. The blues don’t run any deeper than inside a state penitentiary, so “Prison Yard Blues” is as authentic classic blues as it gets with shades of “Rock Me Baby” and “Help Me.” The vibe is epitomized by Trent Williamson’s undulating harmonica riffs, Toby’s piercing guitar solos and John Lee Sanders’ tortured vocals, all of which cry “get me out of here.”

“Brass City Blues” opens with horns provided by Toby’s younger son Matt who sets the scene for a boogie with real attitude reminiscent of Canned Heat. Dgiovahhni Denize’s hard-hitting voice, Matt’s blistering tenor and alto sax blasts and Smith’s swirling Hammond make this a standout track Toby provides guitars, banjo and mandolin for the self-styled ‘bluegrass, Western swinging’ snowstorm of a song, “The Blizzard of ’73,” which premiered on ABS.

The theme of men being ‘wronged’ by their women is central to the blues tradition, so “Bourbon Man” is no real surprise when a woman leaves home with such a disreputable character. However, when it causes anguished vocals and sumptuous resonator slide guitar breaks it is not all bad news for the listener!  A higher octane, heavy rocking version of this song comes later as an alternate take with Toby and elder son Joe on guitars, drummer Jim Riley and pianist Roger Smith providing the back line behind Jorgensen.

The slow burning “Walk Me Home Tonight” is a master class in everything it achieves, notably the powerful lyrics, “It’s been ‘a long, long road, not a walk in the park” which, like Joel’s vocals, flow effortlessly with the background keys and intricate instrumental solos. “Chasin’ The Devil Blues” with its barrel house style piano keys and conversational vocals chugs along nicely across 12 bars. “The Ballad Of Leatherman French” is Dylanesque in the presentation of its story line but with a haunting violin melody reflecting travels through life feeling lost, lonely and vulnerable. The instrumental outtake version gives the musicians more space and freedom to pursue the theme and explore its potential.

Reviewing this album has been 70 minutes of pure bliss, high energy and nostalgia. There is so much talent, so many eclectic musicians and an abundance of lyrical acumen with clever arrangements and production throughout. The band might be called Rosedale Junction but these exceptional musicians are standing high and proud at the crossroads and don’t need to sell their souls to the devil in exchange for innate and remarkable talents.

I spent a lot of time thinking through who I wanted to collaborate with. For example, I invested quite a bit of time listening to the individual vocalists’ solo work and was very confident they were the right choice for the respective songs I decided to have them sing on. You might say I virtually auditioned them through their own work. I wanted certain sounds for certain songs. For example, I wanted to record the Zeppelin song with a female vocalist ala Etta James. After hearing some of Rachel’s solo work, I knew she’d be perfect.

John Lee Sanders fit the bill for those classic blues based songs he sang on and I knew I needed an edgy sound for “Brass City Blues” given the lyrics (Hence my choice for Gio who traditionally works in Rap and Hip Hop). As a former Rock singer turned Americana, Joel was right for the tracks he sang on given that crossover. Tyra’s soulful background as a backup vocalist and arranger was what I was looking for to fill in the blanks on “Prison Yard Blues” and after hearing it I knew I wanted to do something special to feature her vocals and decided on the Bill Withers duet of “Grandma’s Hands.”

With respect to the instrument players, I’d say those choices were similar. Given I was going for a hybrid Blues Americana feel, I thought how cool would it be to marry up R&B keyboard players with a country rock drummer. I knew I wanted a monster Hammond player and after speaking with Roger about some of the material, I had no doubt he would be great to work with. John is also a great keyboard player. Jim Riley has so much experience as a Nashville based session player and with Rascal Flatts that whatever I put in front of him, he instantly had a feel for it and added so much to the song.

The string parts ranged from bluegrass fiddle to haunting violin. So after hearing some of Vito’s work, and reading his background, I felt comfortable with him. Truth be told, I did go through a couple harp players before finding Trent. He nailed it as soon as I heard his part. A real pro.  Lastly, from a personality perspective I wanted to be comfortable working with both professionals and nice people. Again, after communicating with all the folks on the album, I knew they all fit that profile. – Toby Soriero

Stompin’ on the Front Porch