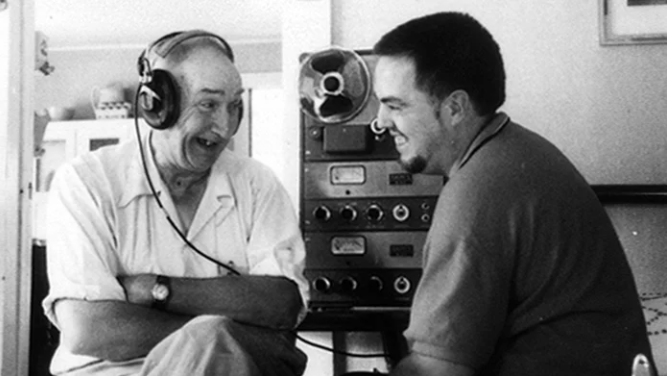 The Association for Cultural Equity is rolling out an array of updates and additions to The Global Jukebox, which was launched in 2017. The Jukebox was originally conceived by the musicologist and folklorist Alan Lomax (1915-2002) and over the last ten years brought to fruition by anthropologist Anna Lomax Wood (Lomax’s daughter) and multimedia designer Gideon D’Arcangelo. It is a space to connect with our deep heritage through the expressive arts of singing, dancing, and conversing, and is dedicated to the world’s peoples and cultures, and to their models (ideals) of beauty, and forms of communicating and bonding.

The Jukebox is an expanding database of traditional folk, indigenous, and popular songs from cultures around the world with over 6000 songs from 1200 cultures and examples for every region and all peoples. It beckons to all as the inheritors of many traditions, and invites the curious music lover, students of all ages, teachers, professors, musicologists, ethnochoreologists, scientists and researchers to discover its treasures. Access is free to all.

Since its launch in 2017, the Jukebox has been redesigned. New features include a Playlist function, Patterns and Similarities applications, Search functions by cultures, country, language, people, song name, genre, artist, instruments, historical subsistence and more. More than 800 popular songs and 50 Latin American folk songs have been added. A new Education section includes graded Lesson Plans created by internationally known music educators, folklorists, and social historians. Find Your Musical Roots engages students and other learners. A Central Menu, FAQ and Guide can take you through the site.

Visitors to the Global Jukebox can experience songs or dances on the map or the cultures and peoples wheel. They can investigate a geographic region, its cultures and their songs and dances. Each item is accompanied by information on the song, artists, culture, recording context, collector, and archival references. Users can also take specialist-curated “Journeys’, or guided tours ,of a musical style, the songs of a region, a people or of some quiet corner of our planet.

Through data visualized on the Global Jukebox, visitors can explore relationships between expressive systems and the pathways of people, song and movement styles across the globe. Through queries and analyses they can uncover patterns in the geographic distribution of particular expressive traits, and connections between the expressive arts and social factors.

The cultural and song metadata have been expanded and upgraded and the primary data substantially cleaned and corrected, an ongoing process. The possibilities for research and analysis have vastly increased through collaborations with the Comparative Music Lab at Keio University SFC (Japan), and D-Place.org, a Database of Place, Languages, Culture, and Environment at the University of Toronto. D-Place is connected to the Max Planck Research Institute in Switzerland.

In May, 2021, seven of the Jukebox’s datasets–Cantometrics, Instrument Study, Ensemble Study, Urban Strain, Minutage, Phonotactics, and Parlametrics–will be released to the scientific and scholarly communities for research via D-Place and public repositories.